You can't always trust what you see on your caller-ID, even if it says a local hospital is calling. 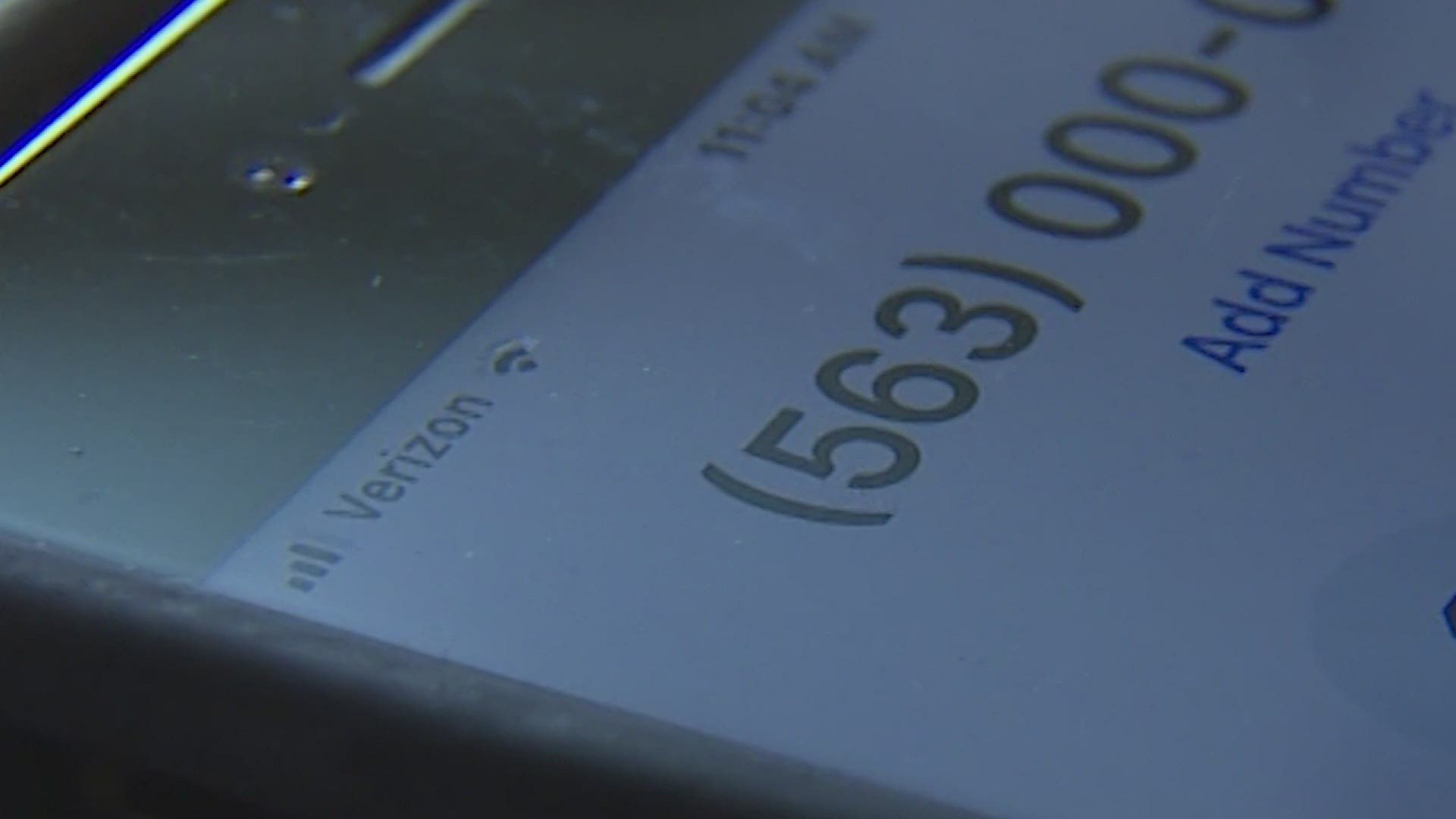 Scammers are taking advantage of health being top of mind for people right now during the Covid-19 pandemic.

The Galesburg Police Department says thieves are cold calling people pretending to be healthcare workers from local hospitals. And it's not just in Galesburg. The calls are happening all over the Quad Cities region, and there are some surefire rules to follow so you don't fall victim.

"I'd rather be wrong and doubt, than not doubt and wish I had," says Bettendorf resident Ginger Childress.

Childress wasn't expecting a call, but the familiarity of the area code was enough for her to pick up.

"At about 9:30 the phone rang. It was a 563 area code. I answered it, and a gentleman said 'this is Davenport Medical Center, are you still having trouble with your back?'" says Childress.

Instead of answering the question, Childress asked her own.

"I asked the gentleman 'what doctor asked you to call me?' And he said, 'this is Davenport Medical Center, are you still having trouble with your back?' And at that point, I thought there's just something weird," says Childress.

The caller wouldn't answer Childress' question about the doctor, so she inquired further.

"I asked him for a number, and before when I've gotten scammers and asked for a number, they'd hang up. But he gave me a number, so I wrote it down, and I said 'okay that’s fine, I'll call you back.'"

Scam expert and head of Clinton County's Seniors vs. Crime unit, Randy Meier, says it was a scammer asking a very general question about back pain trying to trick Childress into giving up personal information.

"Your phone is a gateway to your pocketbook," says Meier.

Meier says pretending to be from a medical center and that familiar area code were by design.

"You can't trust your caller ID or what appears on your screen anymore as being the true number calling you. It's so easy for scammers to manipulate the system to make it appear the call coming to you is a local number, or it may even show up as an organization you do business with," says Meier.

Don't answer the call unless you know the number. Meier says scammers rarely leave voice mails. But you may remember Childress' scammer did leave a call back number. So we called the 563 area code number back.

It turns out it wasn't the medical center nor the scammer who answered. The  number was just a random one given out by the scammer when questioned by Childress.

Meier says right now impersonating healthcare workers or trying to hook people with Covid-19 related questions are popular scam plots. He says they aren't going away, and the goal stays the same.

"No, they don’t stop, they mutate. The basic premises never changes. It's to persuade people that they need to do this thing right now," says Meier.

As for Childress, she didn't take the bait. But she wants to share her story to remind people to question everything and follow their gut.

"I really think it’s a shame the way they prey on people because that’s what they're doing. They're hoping for that one gullible person they can make some money off of," says Childress.

It's the same tactic with a forever changing storyline.