Police said the victims were taken to three separate hospitals for treatment after being shot Sunday night. 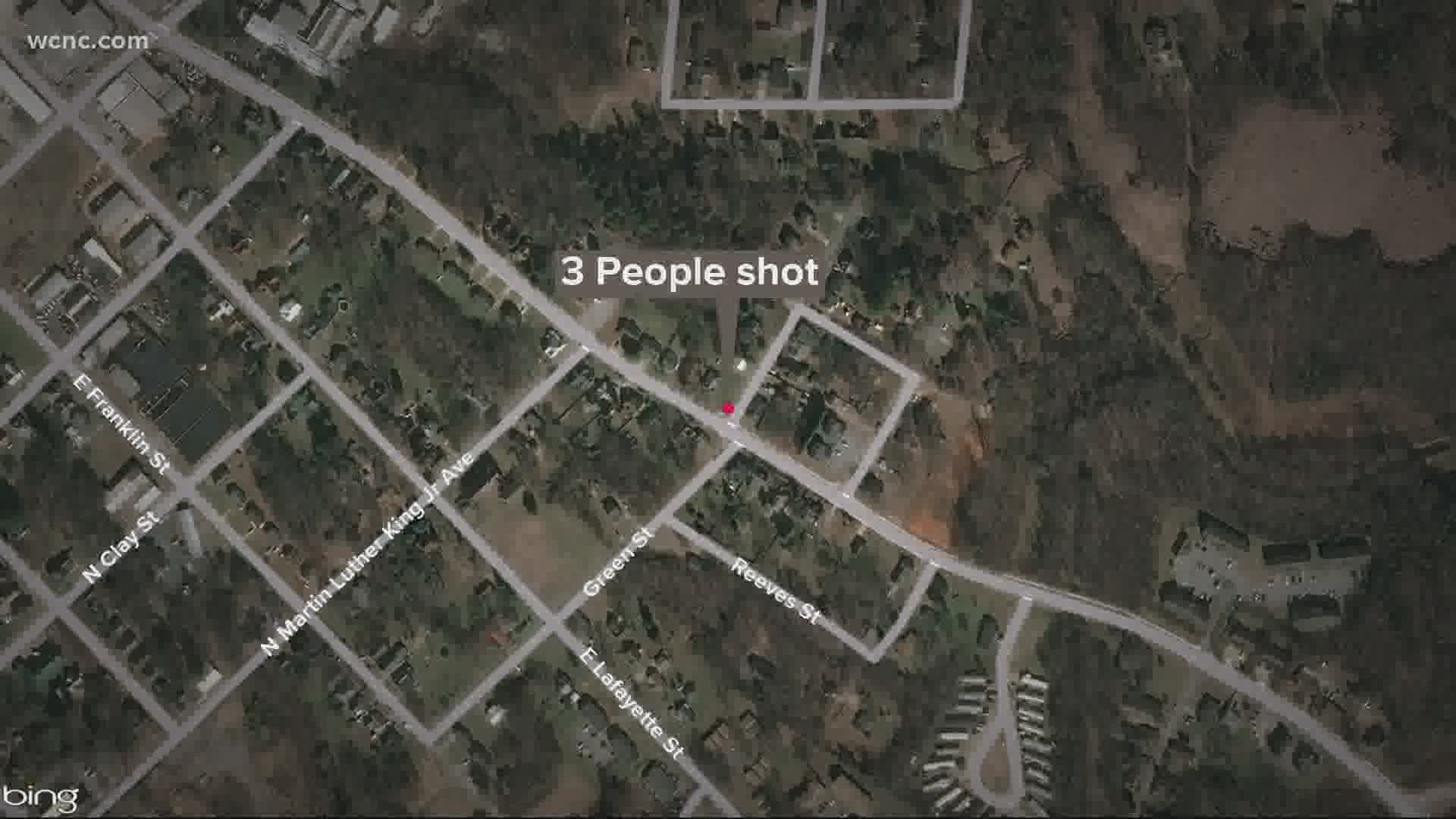 SALISBURY, N.C. — One man has died and two other people were hurt after they were shot in Salisbury Sunday night, police said.

According to Salisbury Police, officers were called to a reported shooting on Green Street a little before 10 p.m. Sunday. Police said the victims were taken to three separate hospitals for treatment.

RELATED: Charlotte students painted ‘end police brutality,’ ‘Black Lives Matter’ on a rock at their school. Someone painted over it.