The department made the arrests after receiving a report that the 4-month old was found unresponsive. 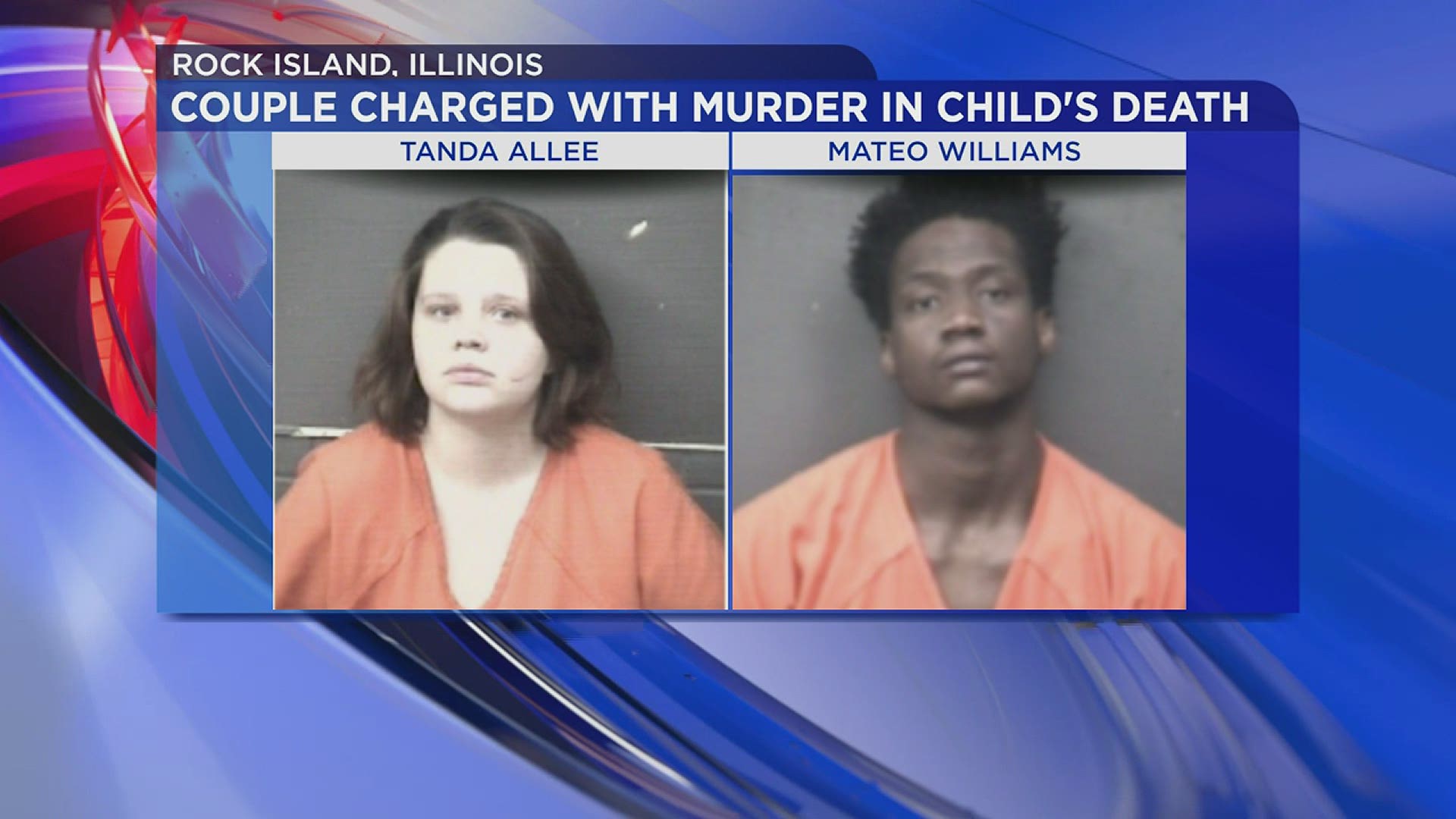 ROCK ISLAND, Ill. — An infant's mother and her boyfriend were arrested after the child was found unresponsive, and was later found to have died.

On Tuesday, March 10th, the Rock Island Police Department responded to a home in the 400 block of 12th Avenue regarding an ambulance assist call that reported an unresponsive infant.

The boy, four-month-old Elias S. Austin, was found to be deceased. An autopsy done on March 11th determined that the cause of death was blunt force trauma to the skull, among other significant injuries.

On March 13th, Rock Island Police Detectives arrested Austin's mother, 23-year-old Tanda Allee and her boyfriend, 20-year-old Mateo Williams. They have both been charged with first degree murder and are in the custody of the Rock Island County Jail.

The infant also has an older sibling, who has been removed from the home and placed into foster care. The sibling is not currently known to have sustained injuries, but further investigation is pendig.