“The solution is not removing the basketball rims. The solution is calling a time-out here, addressing the problem, and putting things back with proper se... 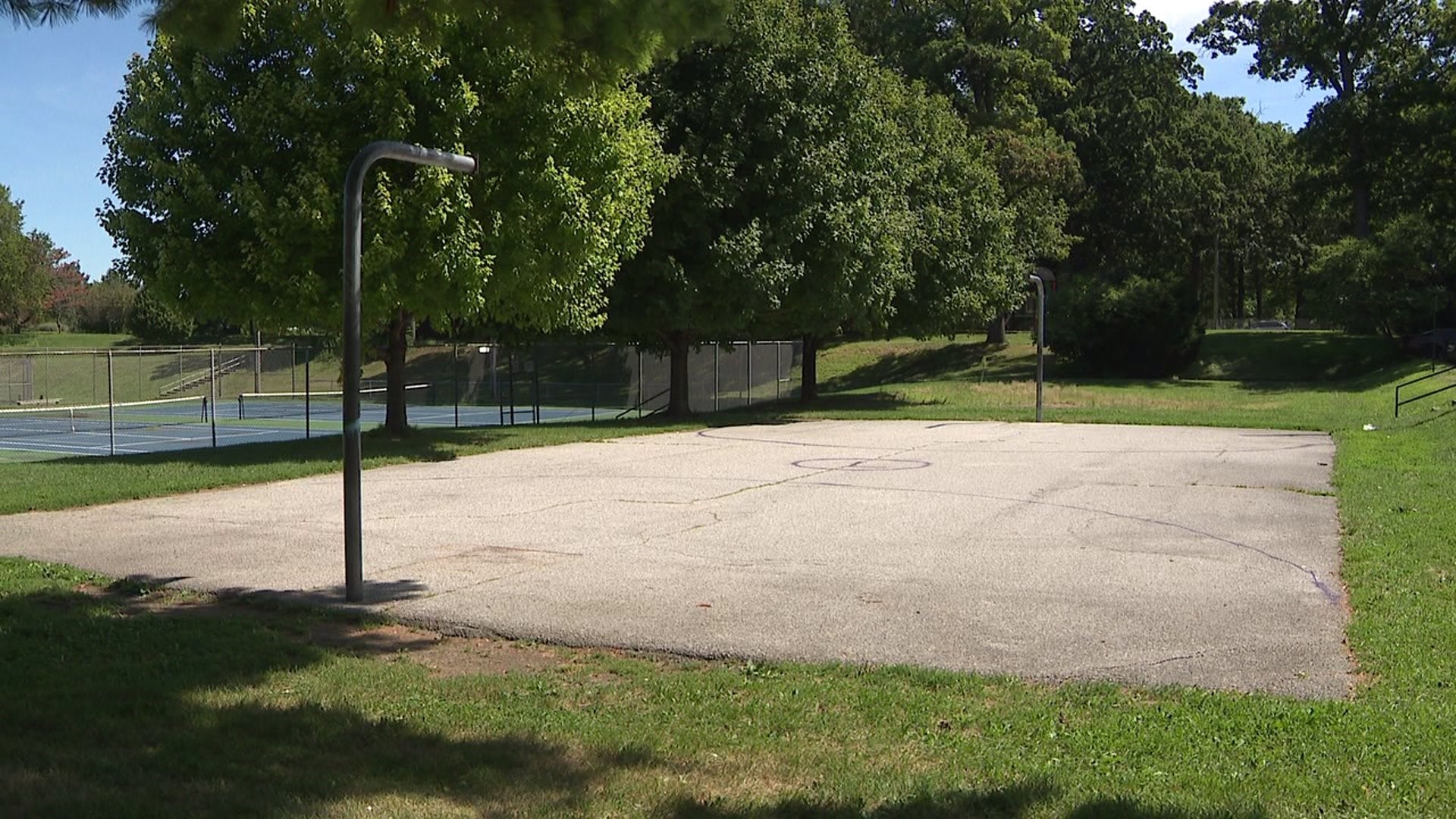 ROCK ISLAND, Illinois - The basketball hoops have been temporarily dismantled at Lincoln Park in Rock Island following concerns over crime and violence.

The city's Executive Director of Parks and Recreation John Gripp said the basketball court attracts crowds who are bringing outside tensions with them into the park.

"What bothers me the most is that 80% - 90% of the people that are going there are following the rules, being respectful and being good citizens. We've got a small group that's ruining it for the bunch," said Gripp.

Gripp says the hoops have been dismantled as a temporary fix to the issues.

"We are currently working with the police department and the IT department, neighbors, and cameras are going to be an option that will be placed on the table," he said.

Gripp said police have upped patrols after a few instances of shots fired calls, fighting, and vulgar behavior at the park.

"For whatever reason, there’s conflict and its escalated to gun play and we’ve got to put a stop to it for now until we figure out a solution," he said.

Now, he hopes that the community can realize that it will take effort to come up with a permanent solution to this crime and violence in the neighborhood park.

Gripp said he has received backlash, but wants to be clear that his decision has nothing to do with race,  religion, or even the sport of basketball. He said it has to do with keeping the public safe.

Gripp said he recognizes that temporarily removing the hoops is an extreme measure, and that he is doing it for the safety of the public who use the park.

"The proximity of the schools is a major concern for us. 38th Street is very busy, Augustana is right across the way, Alleman Is right behind us and we have Long Fellow down the hill and they all surround the park," he said. "I have heard from several residents that have complained profusely about the problems with the basketball players and the groups that they attract."

Gripp said he hopes this can send a message to the criminals as well, and can help to push for more security measures to be put into place.

"Were not going to abandon parks, were not going to shut down facilities permanently because some idiots don’t know how to behave," said Gripp. "We are going put some things in place that will address the behavior and hold people accountable."

One idea that Gripp hopes to explore further is adding cameras to the park that will help identify criminals that need to be banned from the parks , or even arrested.

"That’s the direction we want to go. If you don’t know how to act at one of our facilities then we don’t welcome you and you can be arrested," said Gripp.

Gripp said there will be a meeting next week to discuss ways to help curb crime at area parks.

In the meantime, he said police will increase patrols at other neighborhood parks to ensure the problem crowds do not end up invading another area.