Three arrested after chase from Rock Island to Davenport

Another man was taken to the hospital with a gunshot wound on his foot. 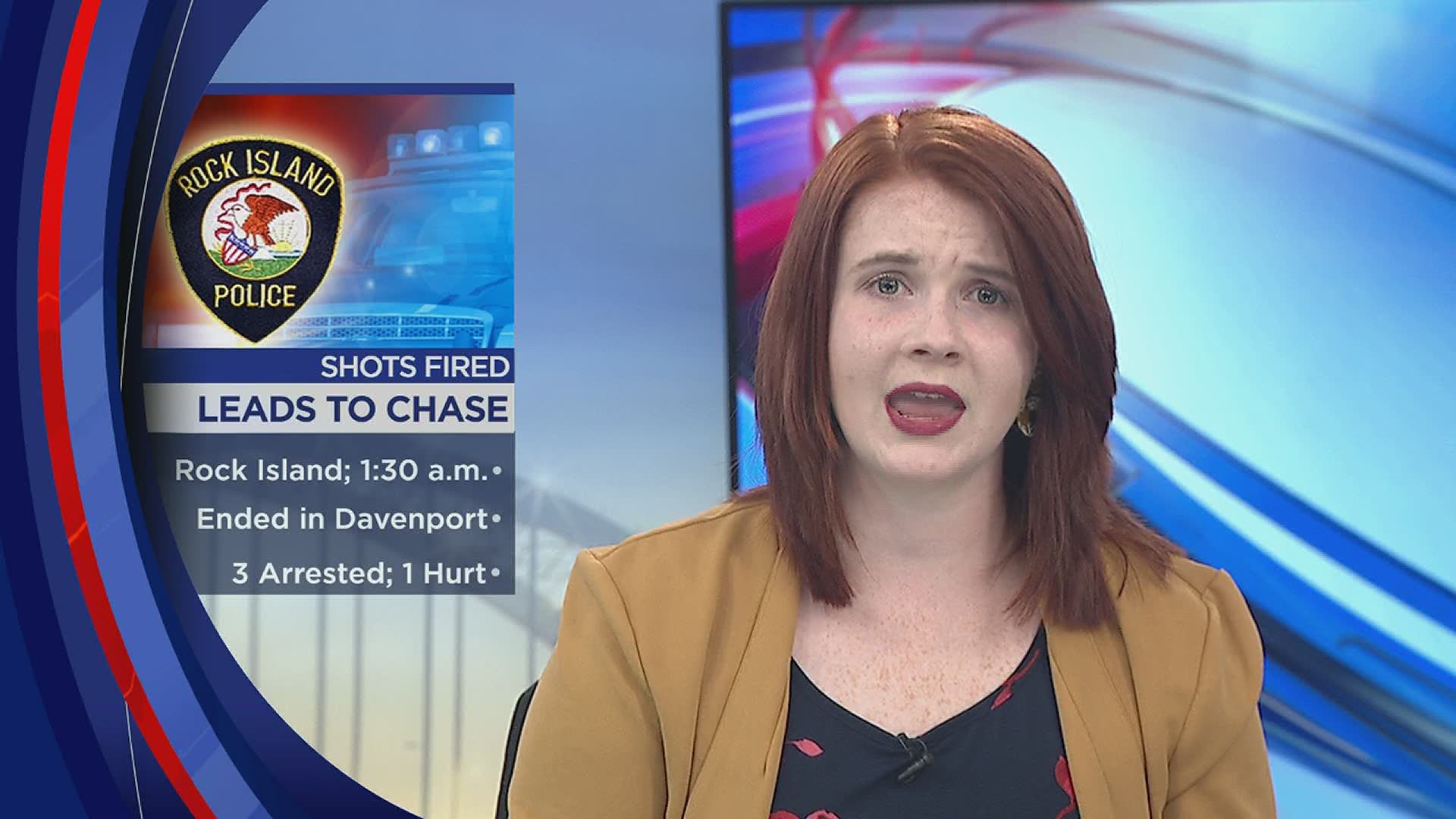 It all started in Rock Island just before 1:30 a.m on Sunday, July 5. Officers were patrolling the District in Rock Island near 2nd Avenue and 18th Street when they heard gunshots and then saw a Dodge Charger speed away.

Police were led on a chase across the Centennial Bridge into Davenport. The chase ended on 15th and Vine Streets, just down the road from the Wesleyan Nazarene Church.

Davenport Police arrested three people. A handgun was recovered from the scene of the arrest.

Someone drove a 24-year-old black man from the District to a Genesis Hospital for a gunshot wound to his foot. He's since been released.