Punishing the Iowa students in this KKK-themed photo may result in legal battle, according to law professor 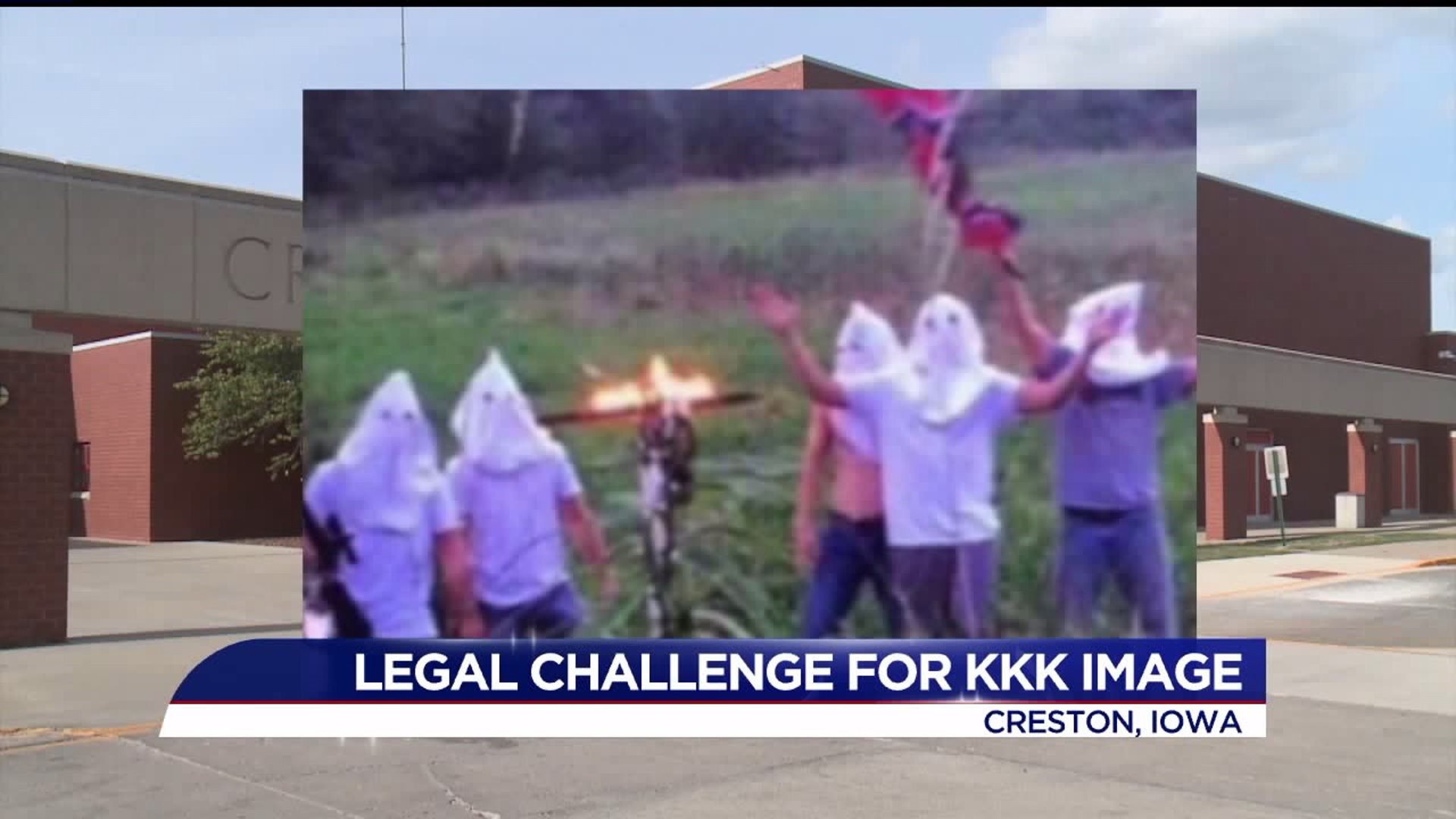 But while the picture may be offensive, it's the school district's response that some are saying went too far.

Wednesday morning, school officials quickly launched an investigation to identify the students in this picture. They did, and the students were suspended.

Under the U.S. Constitution, hate speech is legal and it's protected.

In Iowa, hate speech doesn't rise to a criminal offense unless it's specifically targeting someone, which doesn't appear to be the case.

Only seven black students attend Creston High School. For them, the damage is already done.

Sophomore Austin Bloyd says that after seeing this picture, he "felt like I had to look out a little more with my surroundings and the kind of people I surround myself with." Yesterday, he says he left school early because he was so viscerally upset.

"It's not black or white, red or yellow," Creston Principal Bill Messorole says. "It's not generational. It's bad for every generation."

Messorole says that while the school is made up of just 11% minority students, the majority of the community believes there is just one right side in this issue.

The names of the students in the photo aren't being released, but all five were on the football team.