The robbery was reported Tuesday morning at the Big 10 Mart in Carbon Cliff. A lockdown was issued at a nearby elementary school. 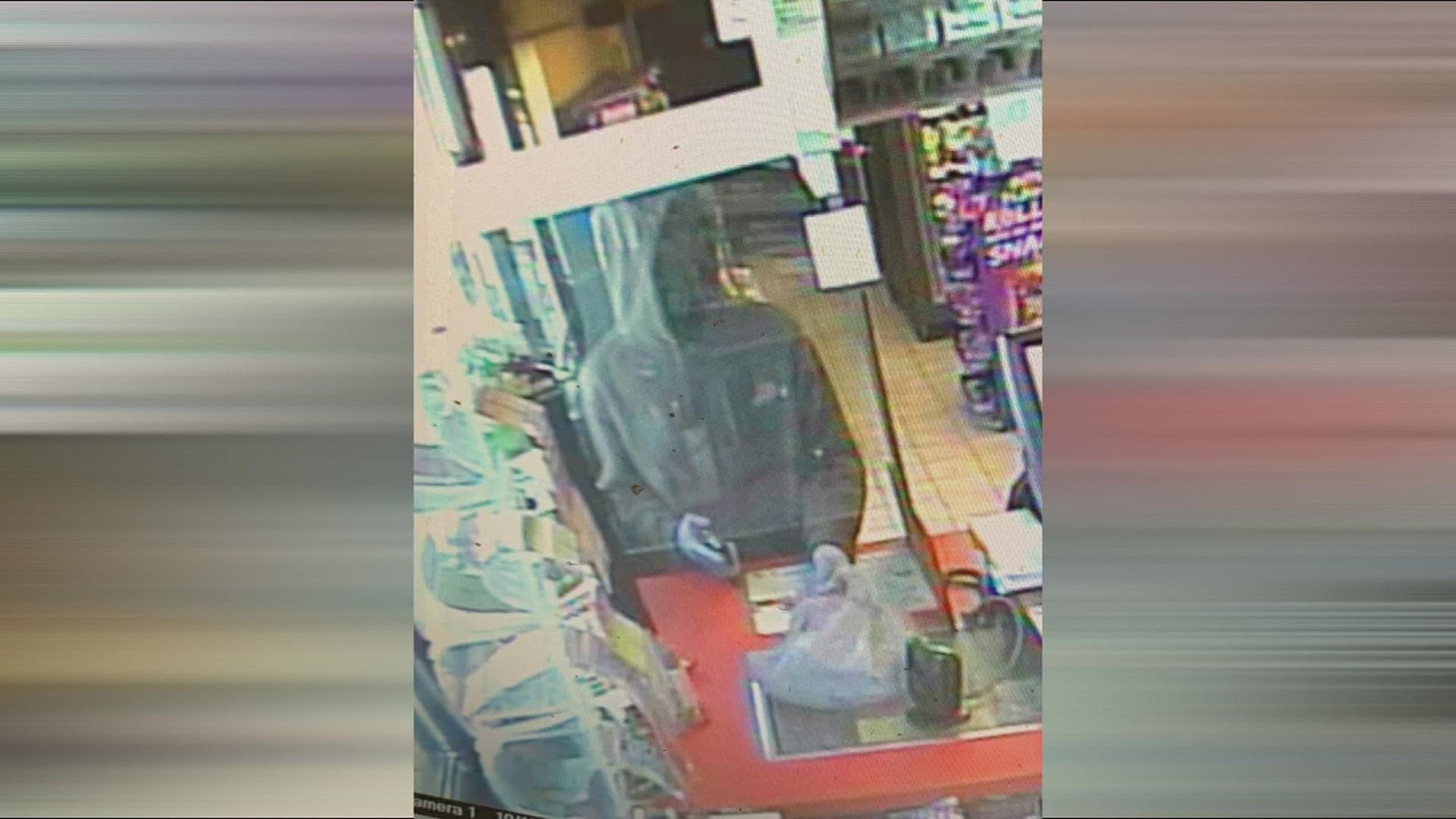 CARBON CLIFF, Ill. — The East Moline Police Department is currently searching for a suspect that fled the scene of an alleged gas station robbery on Tuesday morning.

According to Rock Island County Sheriff's Office, the suspect used a pistol and demanded money from the store clerk.

The suspect was reportedly described as a younger African American male with a thin build. He was wearing a dark hooded sweatshirt, face mask, black pants and black shoes.