A prehearing for the student is set for Monday morning at 11. 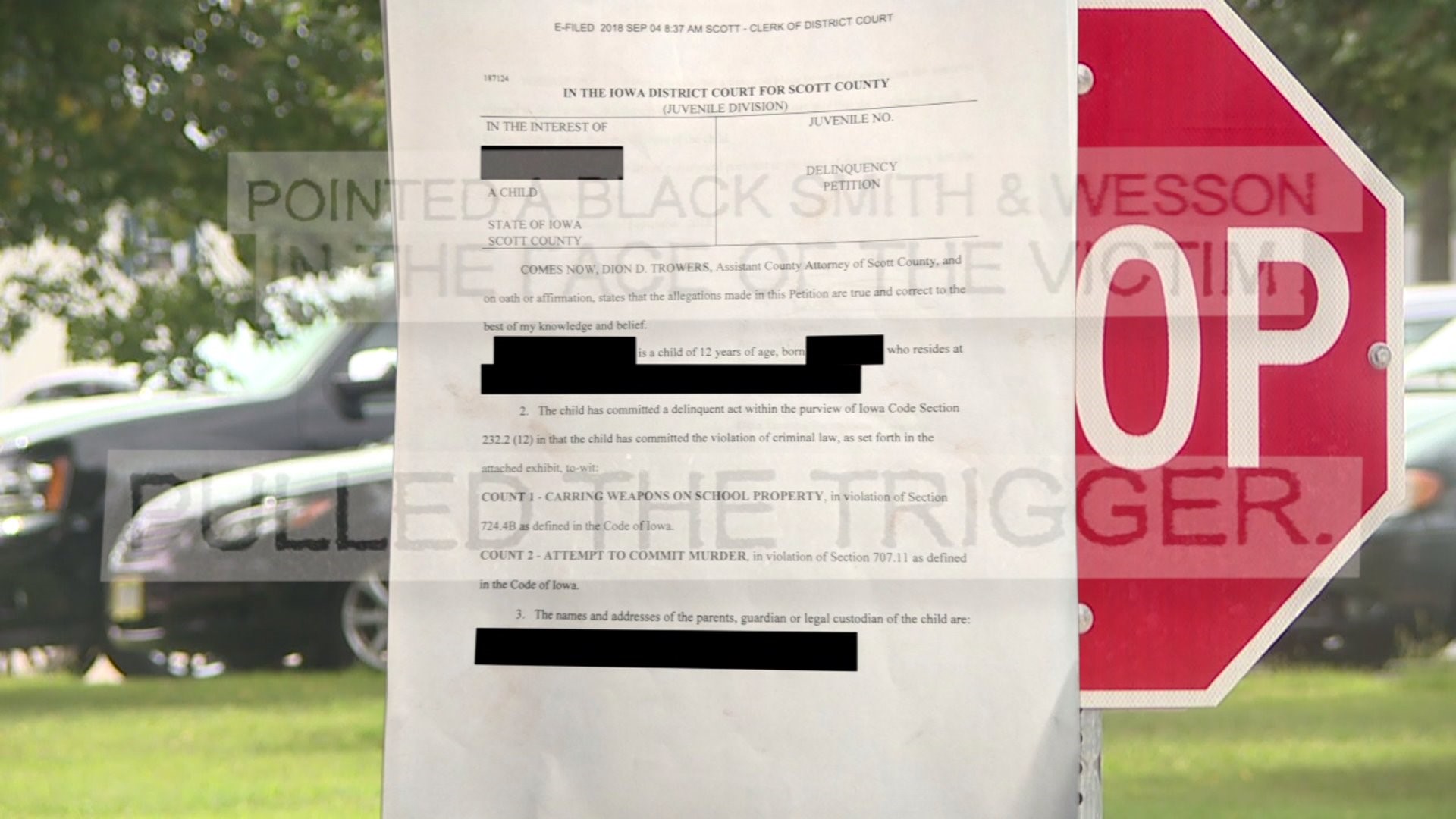 ELDRIDGE, Iowa-- Court filings obtained by WQAD News 8, September 7, says the 12-year-old student accused of bringing a gun into a classroom pointed it at a person’s face and pulled the trigger.

Police say the student forgot to take the safety off and the gun did not fire. Police say the boy pointed a loaded gun at students inside a classroom and told everyone to get on the ground.

Police say the student also pointed the gun at a person’s face and pulled the trigger. The affidavit named two victims, one is a teacher at North Scott Junior High School.

Last week, Superintendent Joe Stutting said the gun was taken away by a teacher.

Police say the gun was loaded with one round in the chamber and 11 more bullets in the gun’s magazine.

A pre-hearing was held Monday morning in Scott County Court.