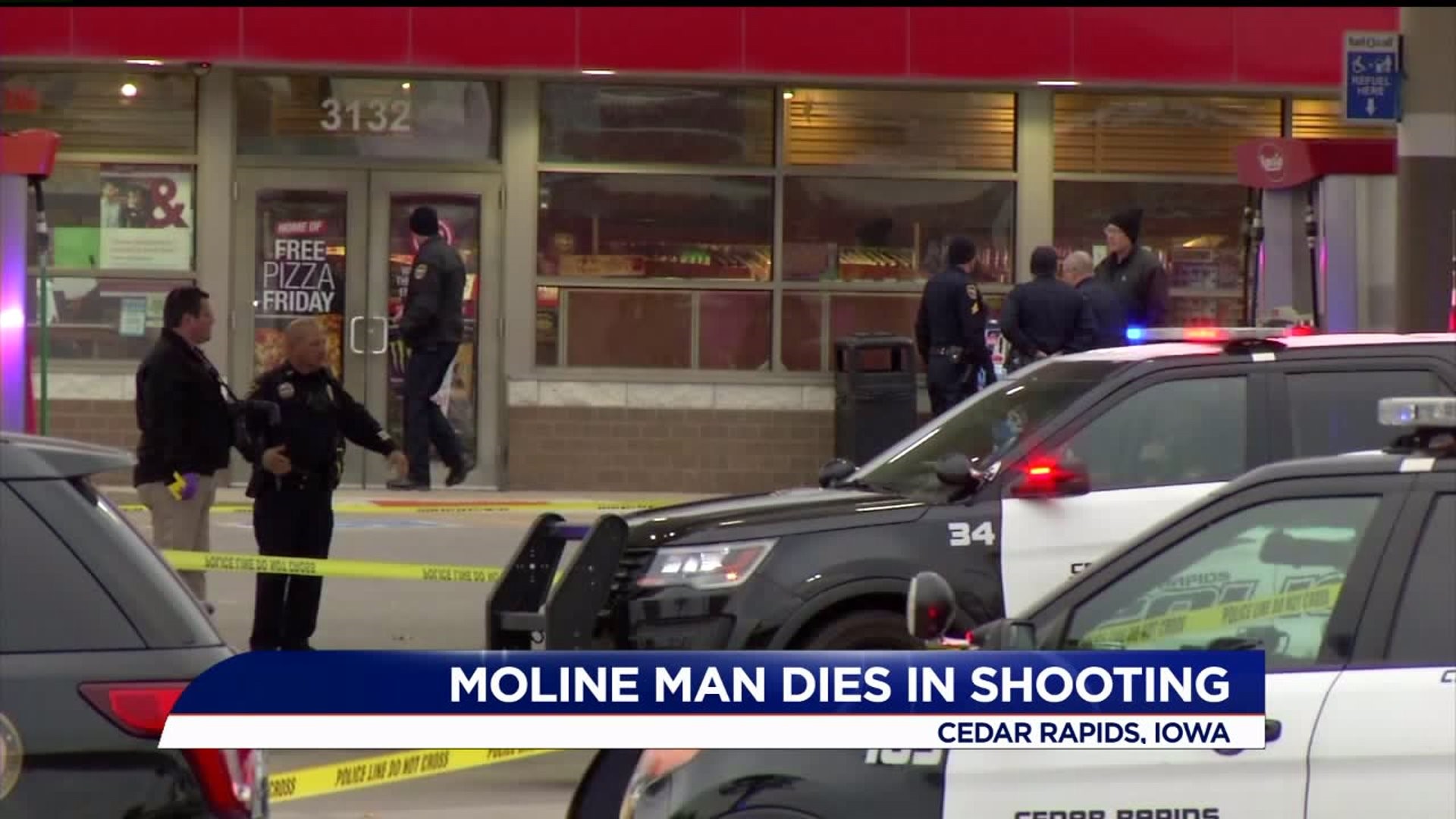 The shooting was reported a little before 8 a.m. Wednesday at a Kum & Go in Cedar Rapids. Officers soon found the wounded man, and he was rushed to a hospital. Police say he died at 4:40 a.m. Thursday.

Police are looking for a car seen leaving the store. No arrests have been reported.