During a traffic stop, police said a Burlington man was caught with meth, a gun and counterfeit money. 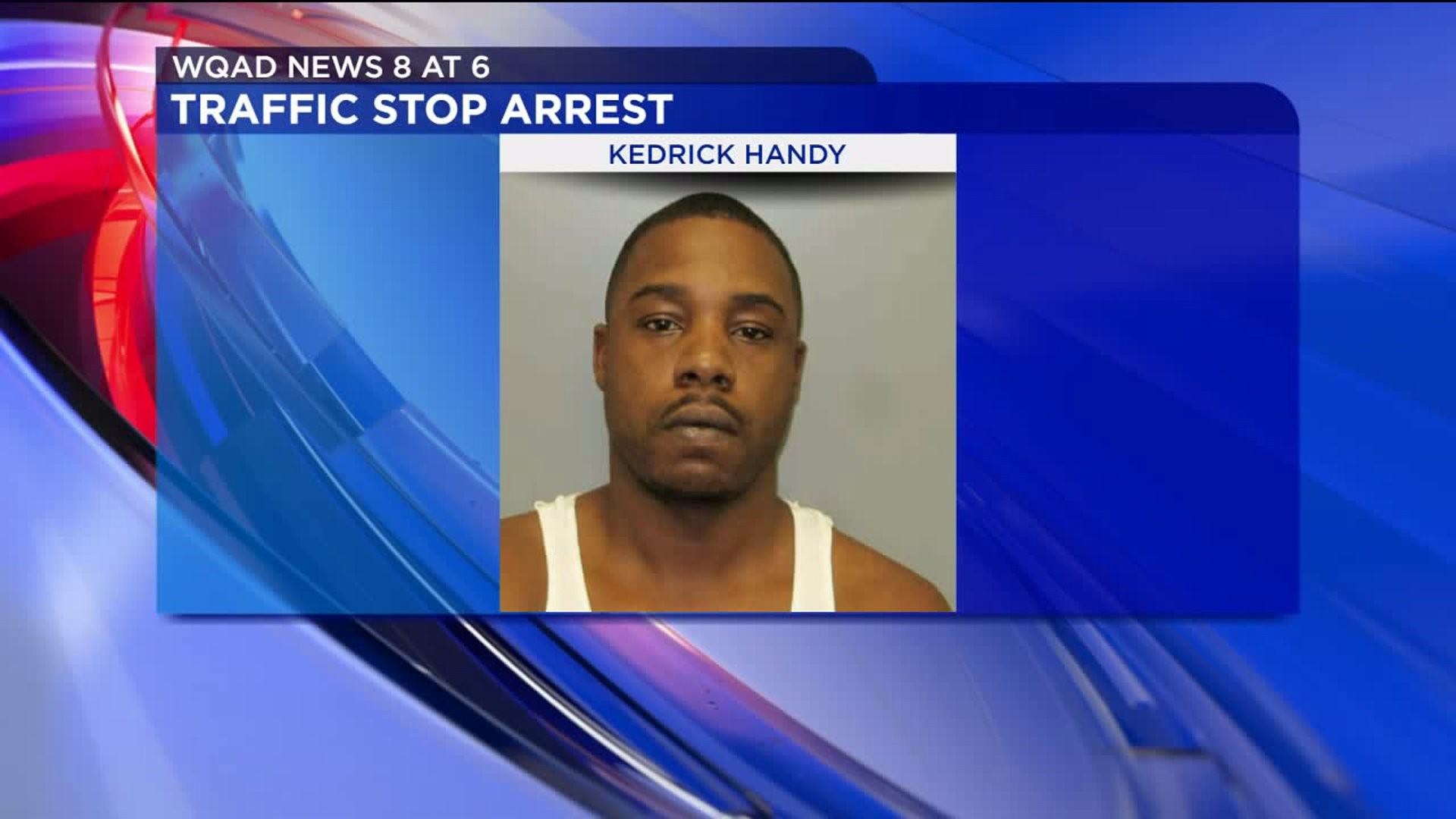 BURLINGTON, Iowa -- During a traffic stop, police said a Burlington man was caught with meth, a gun and counterfeit money.

Police pulled over 28-year-old Kedrick Deshune Handy in the 600 block of Angular Street around 10:40 p.m. Wednesday, September 18, according to Lt. Adam Schaefer with the Burlington Police Department.  Officers found 2.4 pounds of meth, a .45 caliber handgun, multiple rounds of ammunition and ammunition magazines, two digital scales, packing materials, and four fake $100 bills in the vehicle he was driving.

Handy was charged with possession of meth with the intent to deliver, drug tax stamp violation and improper registration plate light.  Police said other charges were pending.

Handy was being held in the Des Moines County Correctional Center on no bond.  He was awaiting a court appearance.