Police search for suspect after being led on car, foot chase across state lines

Police say the chase started in Bettendorf and ended on the I-80 exit ramp near Rapids City. 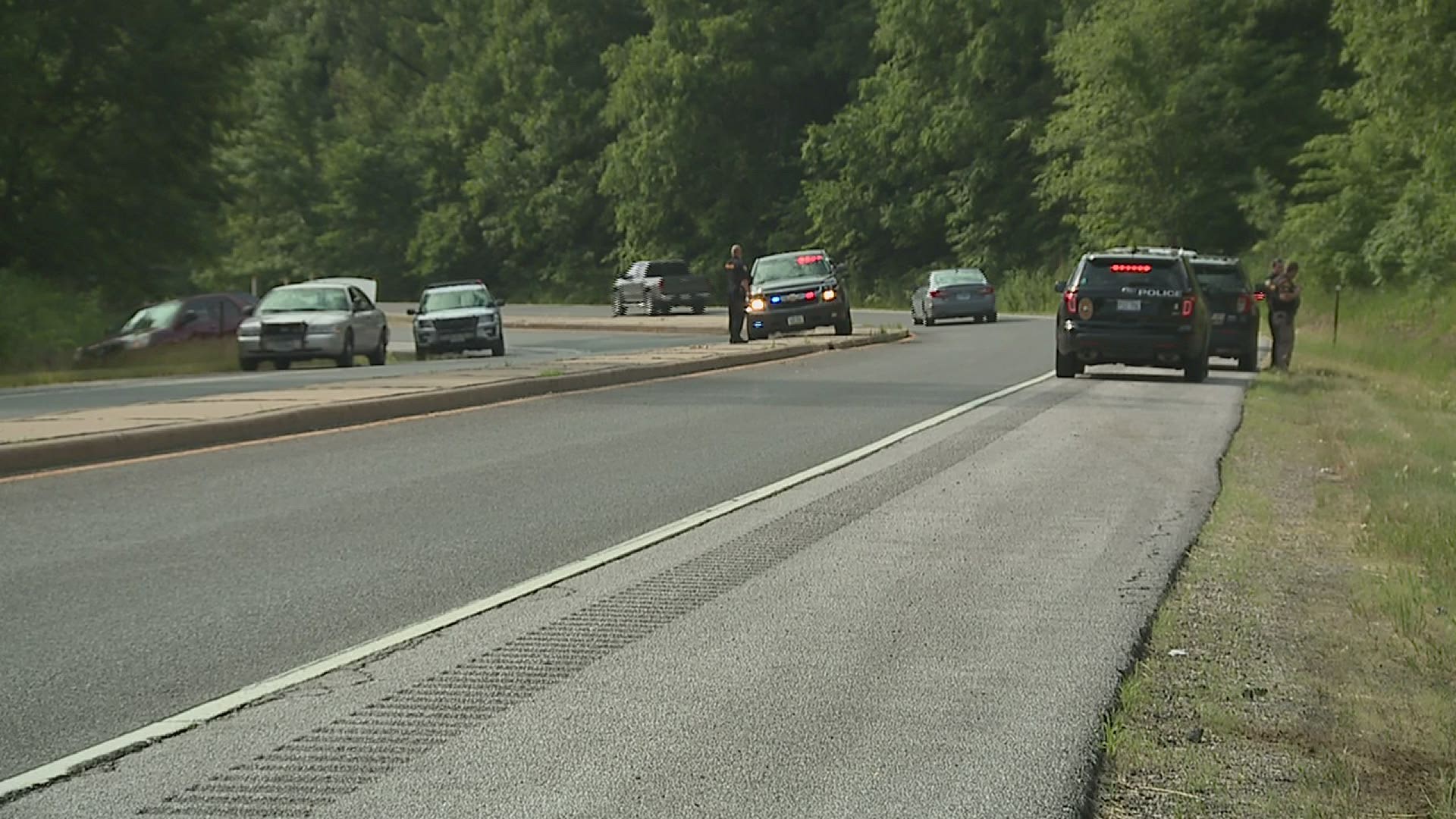 RAPIDS CITY, Ill. — Police are searching for a suspect after being led on a chase from Bettendorf to Rapids City.

Shortly before 9 a.m. on Friday, June 18 Bettendorf Police say they noticed a red Buick Rendezvous that had failed to pull over for a traffic stop the day previous. When attempting to make another traffic stop, police say the car took off again and they followed it from I-74 onto I-80 East.

Instead of continuing the chase, Bettendorf Police followed from a distance and asked Le Claire Police to lay out spike sticks. The spike sticks worked and the car lost a tire, eventually ending up in a ditch.

Police say that's when the three suspects took off on foot.

News 8 was on the scene, where we saw K9 units searching in tall grass. Units from both the the Rock Island County and Scott County Sheriffs offices were also on scene.

Two passengers were caught, but the driver remains on the lose. According to police, the suspect is not believed to be dangerous and nobody has been charged yet.

This is a developing story. Check back for updates.