Five teenagers were arrested after police caught them driving around in a stolen vehicle. 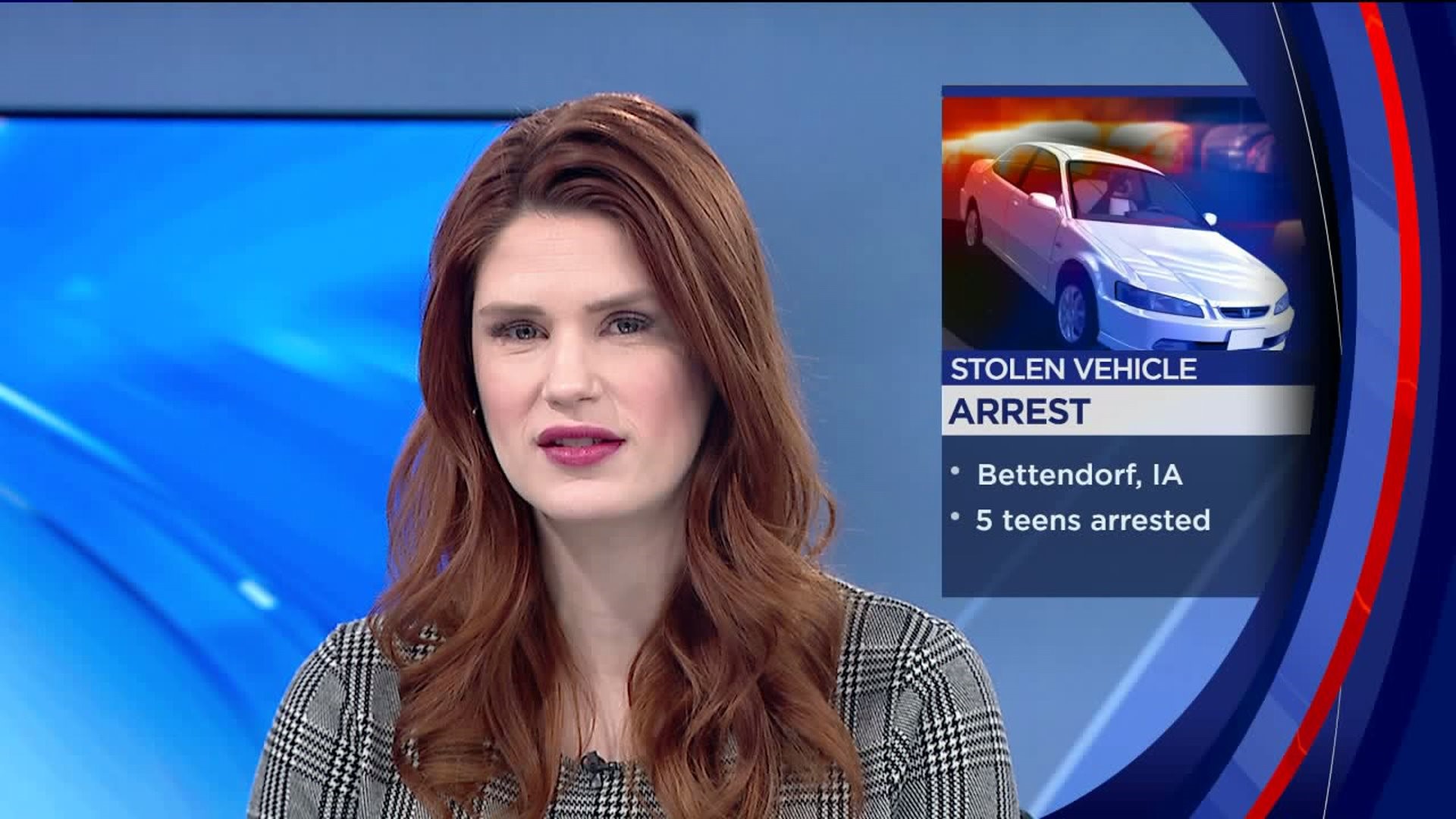 BETTENDORF, Iowa -- Five teenagers were arrested after police caught them driving around in a stolen vehicle.

Two 17-year-olds, two 15-year-olds, and one 14-year-old were taken into custody after a chase with police after 1 a.m. Wednesday, January 2, according to a statement from the City of Bettendorf.

Officers in Davenport spotted a stolen vehicle and started following "from a distance," according to the statement.  Police followed the stolen vehicle to the intersection of Eastern Avenue and Locust Street, where it then took off eastbound on Locust, heading into Bettendorf.  All the while, police said the vehicle was driving recklessly and speeding up.

In anticipation of the vehicle driving across the Davenport/Bettendorf border, a Bettendorf police officer set out a stop stick near Locust and Middle Road, according to Bettendorf Police Captain Keith Kimball, The stop-stick damaged the stolen vehicle's driver-side tires.

The driver continued on, to Devils Gled Road and Field Sike Drive, said the statement, where Bettendorf squads blocked it and prevented it from moving any farther.  The damaged vehicle wound up traveling about four miles.

All of the teenagers were taken to the Scott County Juvenile Detention Center.  Inside the vehicle, investigators found a .45 caliber pistol and various unidentified keys and key FOBs, said the statement.

The two 17-year-old suspects, both from Davenport, were transferred to the Scott County Jail where they will be charged as adults.  Both were charged with carrying weapons, felon in possession of firearm, and possession of a controlled substance.  In addition, the driver was charged with felony eluding.

The two 15-year-olds were all charged with first-degree theft, carrying weapons and possession of a controlled substance.  One 15-year-old was from Bettendorf and the other two teens were from Davenport.