A routine traffic stop ended a spree of thefts from stores, according to the Illinois State Police. Investigators explained how two men headed from Arizona to ...

Two men were arrested after a traffic stop at Illinois Route 5 and Barstow Road on Monday, February 25, according to a statement from the Illinois State Police.  Chris J. Shreve, age 44, and David A. Kovacs, age 50, were traveling from Arizona to Indiana when they were pulled over for traffic violations.

Police said Shreve was driving with a suspended license and he was wanted on a warrant.  Troopers wound up searching the vehicle and found “a large amount of stolen goods within it.”

According to the Illinois State Police, Shreve and Kovacs had been stopping at stores on their route and would load a backpack with items from the store.  On their way out of each store, police said the pair would buy something small, leaving with thousands of dollars in stolen merchandise.

“Evidence led to the discovery this routine was repeated in many stores,” read a statement from police.

Shreve and Kovacs were booked in the Rock Island County Jail and held on $75,000 bond. 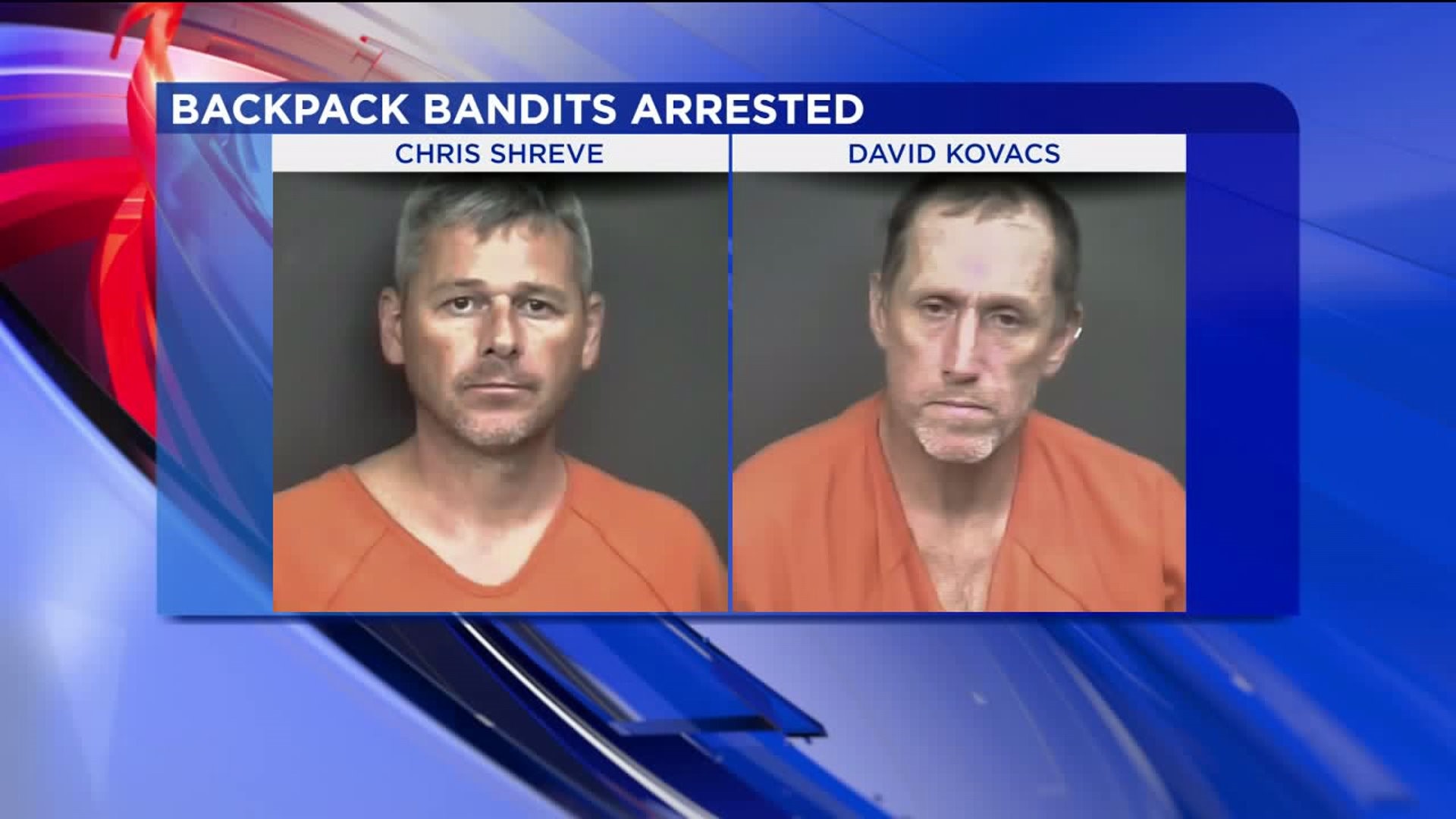