Deputies recovered $500 in stolen merchandise from the car. 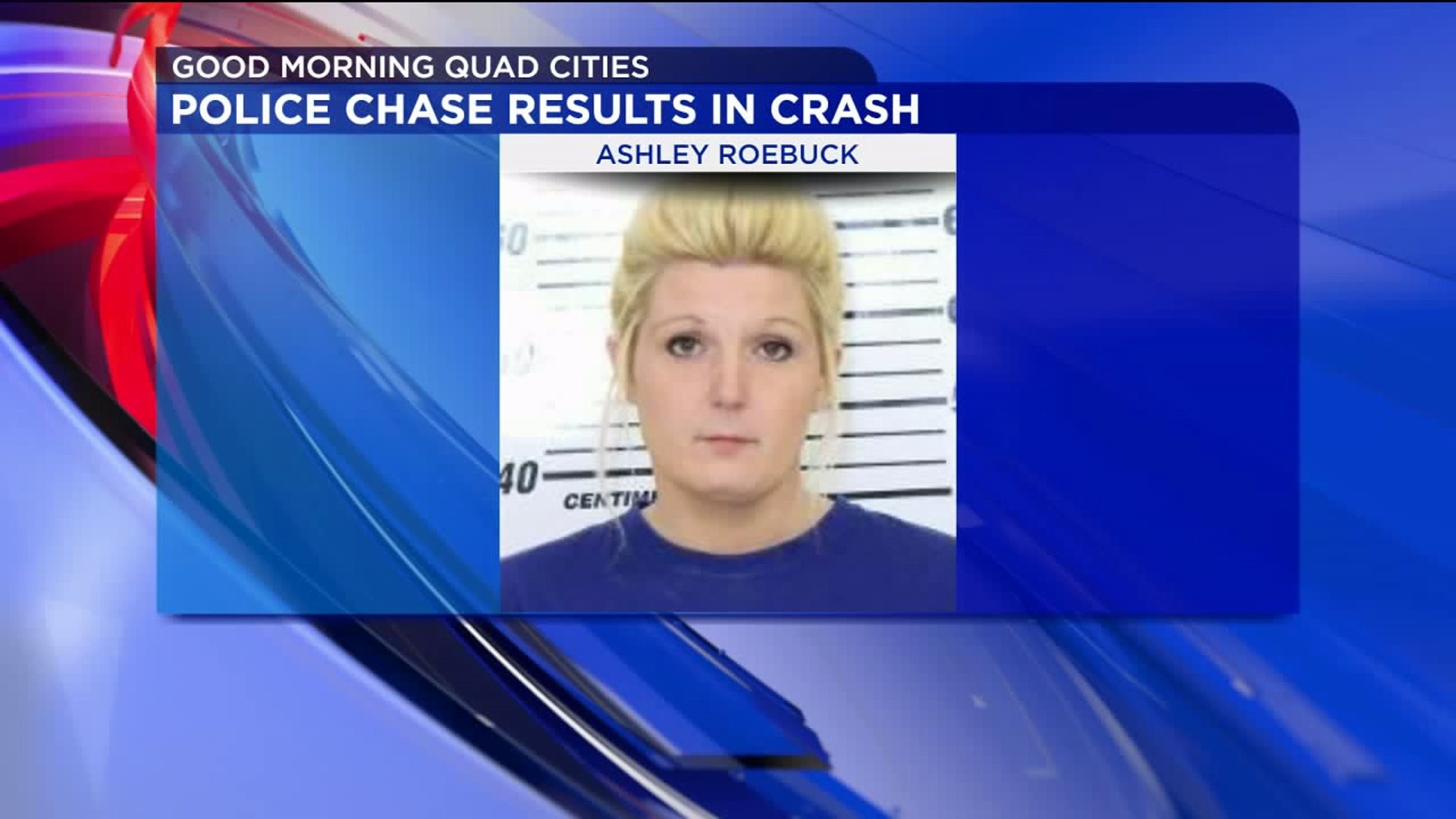 WAPELLO, Iowa -- A Davenport woman is in the Louisa County Jail after leading police on a high-speed chase through two counties that reached speeds more than 100 mph and ended abruptly when she side-swiped a bridge abutment.

The pursuit began a little bit before 6:30 p.m. on Sunday, April 9 when a Louisa County Sheriff's deputy tried to pull over a Chevy Impala driven by Ashley Roebuck, 30, for an illegal pass on U.S. 61 north of Wapello.

Police say Roebuck fled the scene and was pursued across the county line into Muscatine County. According to deputies, Roebuck turned around on County Road X61 and headed back into Louisa County via state Highway 99. Near the intersection of Highway 99 and SE Walker Road, deputies deployed stop sticks. When Roebuck swerved to avoid them, her vehicle struck a bridge, damaging both driver's side tires and bringing the vehicle to a halt.

Both Roebuck and her passenger, 19-year-old Jason Ringold of Davenport, were taken into custody. Deputies learned they were wanted in connection with a retail theft that happened earlier in the day in Burlington. More than $500 in stolen merchandise was recovered from the vehicle.

Ringold was turned over the Burlington Police on the theft charges. Roebuck was transported to the Louisa County Jail. She is facing multiple charges including: aggravated eluding, reckless driving and theft.