The suspect and her driver were arrested after two car chases following alleged armed robberies over the weekend. 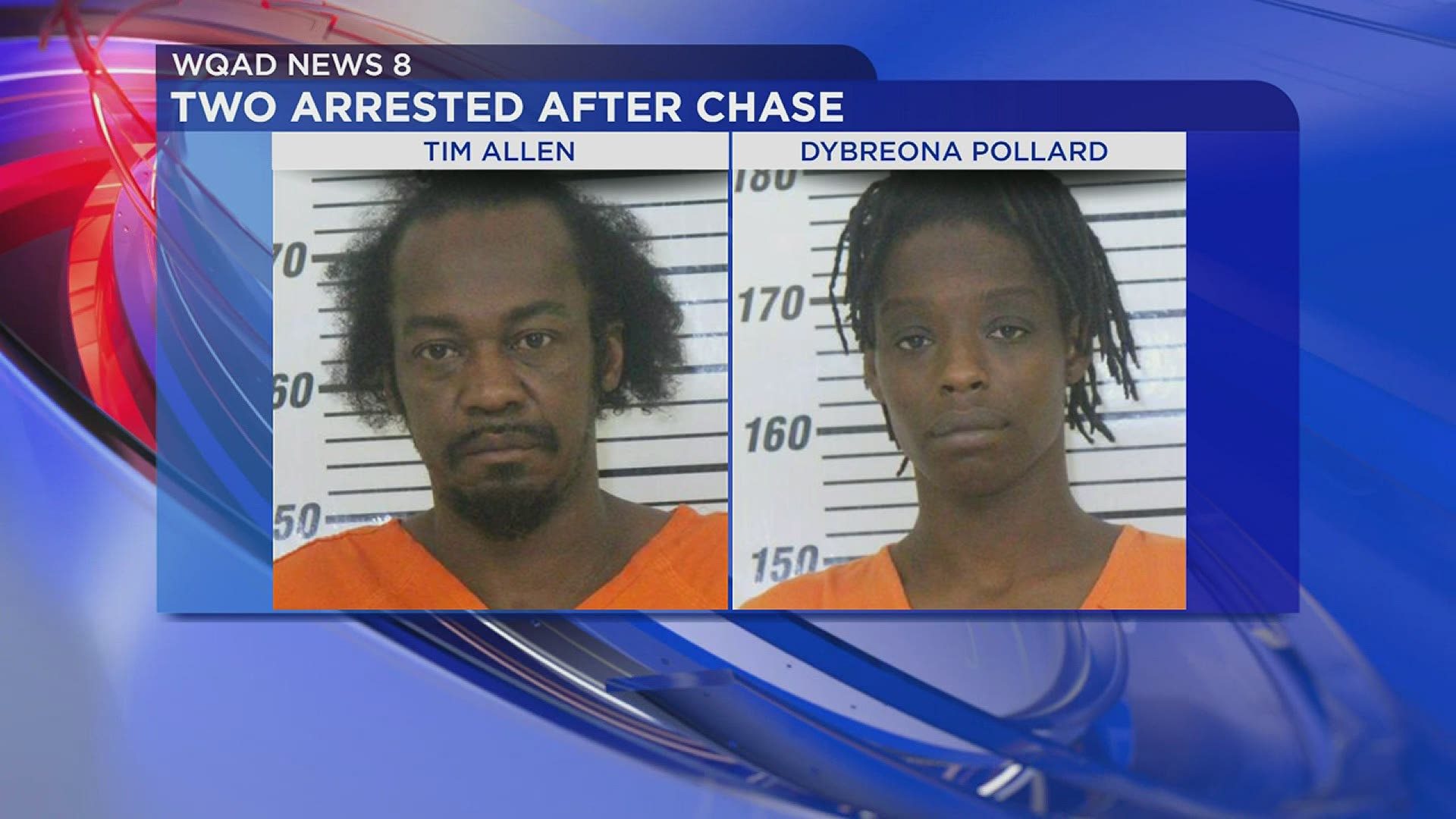 They say Dybreona Pollard, a 27 year old from Silvis, was a passenger in a car spotted at Lombard and Gaines Wednesday, just after 6:15 p.m.

The car was believed to have been seen after a robbery in SIlvis, Illinois earlier in the day. A chase began after the car was spotted, but police lost it. A squad car crashed into a vehicle.

Less than five minutes later, a second chase began near 16th and Division. The driver of the suspect vehicle hit a motorcyclist. That person was taken to the hospital with serious injuries. Police caught up with the vehicle four blocks east of the intersection at 16th and Fillmore. They were able to arrest Pollard and the driver there.

Pollard was charged with robbery in the second degree of the QC Marts at Kimberly and Eastern, 53rd and Elmore, and the Smokin Joes at Locust and Sturdevant.

The driver, T. Allen, 52, of Davenport, was charged with Eluding with Injury and Serious Injury by Vehicle.

ORIGINAL STORY 3:36 p.m. Monday, August 3rd: An armed robbery was reported at Smokin Joes and QC Mart in Davenport over the weekend.

A male suspect entered Smokin Joes at 1606 West Locust Street Saturday, Aug. 1 just after 8:30 p.m. Police say he implied he had a weapon and left the business after stealing an undisclosed amount of money.

The suspect is being described as Black, 5 feet 10 inches tall, around 165 pounds and last seen wearing a white dress shirt, white pants and a blue surgical mask.

A male suspect entered QC Mart at 3545 Eastern Avenue Sunday, Aug. 2 just after 9 p.m. Police say he implied he had a weapon and left the business after stealing an undisclosed amount of money.

The suspect is being described as a Black, 5 feet 7 inches tall, around 130 pounds and last seen wearing a dark shirt, dark pants, a black stocking cap and a black face mask.

No injuries are being reported.

Davenport police ask those with information about either of these incidents are asked to call the department at 563 326-6125 or to submit an anonymous tip on the “P3 Tips” mobile app or submit a tip online at the QC Crime Stoppers website.