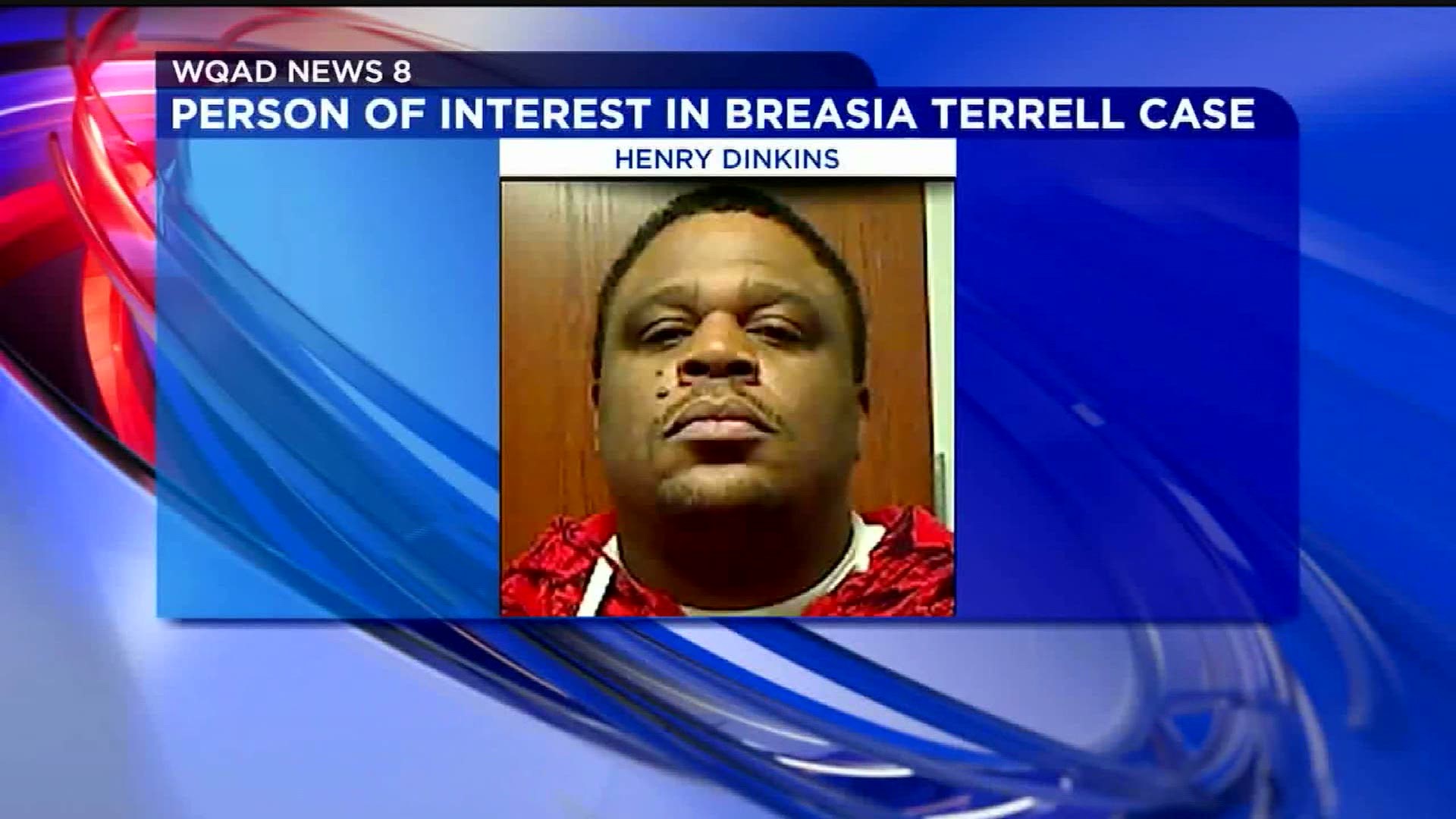 PRINCETON, Illinois — The man Davenport Police have named as a person of interest in the disappearance of 10-year-old Breasia Terrell is wanted in Illinois on meth trafficking charges.

Henry Earl Dinkins, 47, is being held at the Scott County Jail right now on a sex offender registry violation charge and parole violation.

He is also now wanted in Bureau County, Illinois on two counts of manufacturing and delivering more than two pounds of meth.

Breasia Terrell has been missing for more than two weeks now.

Authorities have increased the reward for information leading to an arrest or tips that lead to finding Breasia to $13,500.