OAKLAND, California– A nationwide manhunt is over, after U.S Marshals arrested two men wanted in connection with a fatal stabbing at a Chicago high rise. ... 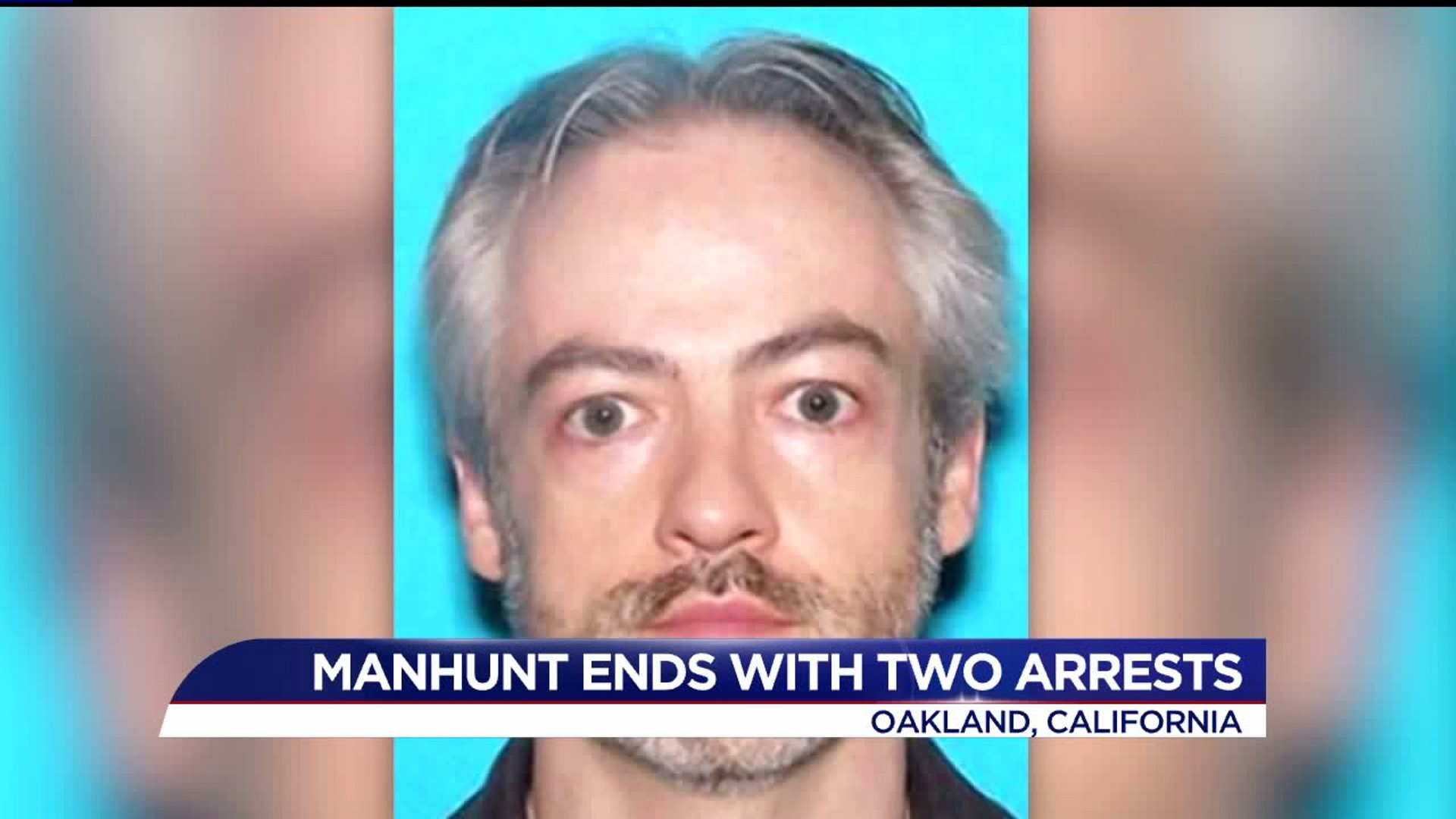 OAKLAND, California-- A nationwide manhunt is over, after U.S Marshals arrested two men wanted in connection with a fatal stabbing at a Chicago high rise.

Two university professors were on the run, hiding for nine days, before they were found late Friday night in California. They were wanted in the stabbing death of 26-year-old cosmotologist Trenton Duranleau, found dead in his apartment last week.

U.S. Marshals took Northwestern University microbiology professor Wyndam Lathem into custody in Oakland, California. He surrendered at a federal courthouse there. Latham was believed to have been traveling with Oxford University employee Andrew Warren, who also surrendered Friday, at a San Francisco police station.

The two men are charged with killing Duranleau, who Professor Lathem had been living with and dating.

The stabbing was so violent that one of the knives used was found broken in a garbage can, and police say Duranleau's body and genitals were mutilated.

"It is a little scary that they were loose that long," neighbor Christine Schuster explains. "You'd think it's kind of easy to catch someone when their picture is all over the Internet."

James Laukota, another neighbor, agrees. "Guys aren't caught and there's a murder seven floors beneath us? Kind of weird." Adding, "Now that they're in custody, I can sleep better at night."

Neighbors say before the stabbing, Duranleau had wanted out of his relationship with Latham, but Latham wasn't willing to let him go.

It's unclear how Warren, the Oxford employee, knew those two men. He does have a profile on Grindr, a social app for the LGBTQ community. In it, he talks about his "passion for bondage and torture."

The two men will go before a judge in California before being extradited back to Chicago. Police say once they arrive, they will be interrogated and the police department will reveal more details about the case to the public.