A naked, Bettendorf man was arrested after he stole a boat and floated into the I-74 bridge construction area Sunday night. 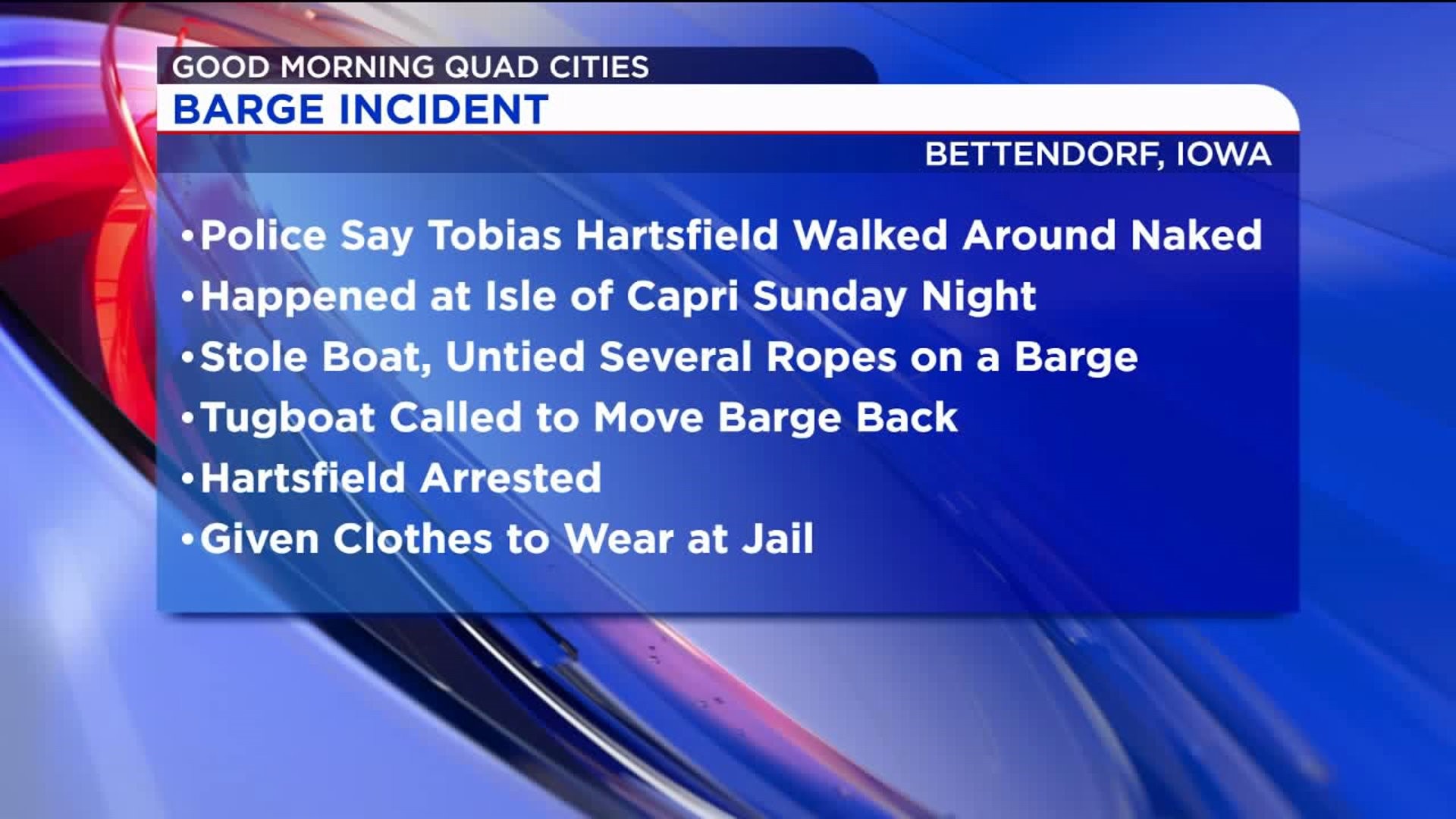 BETTENDORF, Iowa -- A naked man was arrested after he stole a boat and floated into the I-74 bridge construction area Sunday night.

Tobias Hartsfield, 43, from Bettendorf, was naked when he took a boat from the Isle of Capri marina and floated towards a barge in the new bridge construction area on August 11, before 11 p.m. according to a statement from Lauran Haldeman, a spokeswoman for the city.

Hartsfield got onto the barge and untied ropes, causing the barge to shift, before he went back to the stolen boat where he was arrested by police.

Upon arrest, police were unable to find Hartsfield's clothing, according to the statement. A tug boat was also called to move the barge back into place.

Hartsfield was given clothes at the jail. He was charged with theft, trespassing and first degree and second degree criminal mischief.