This man had been eluding police for several days, according to a statement from the Moline Police Department. 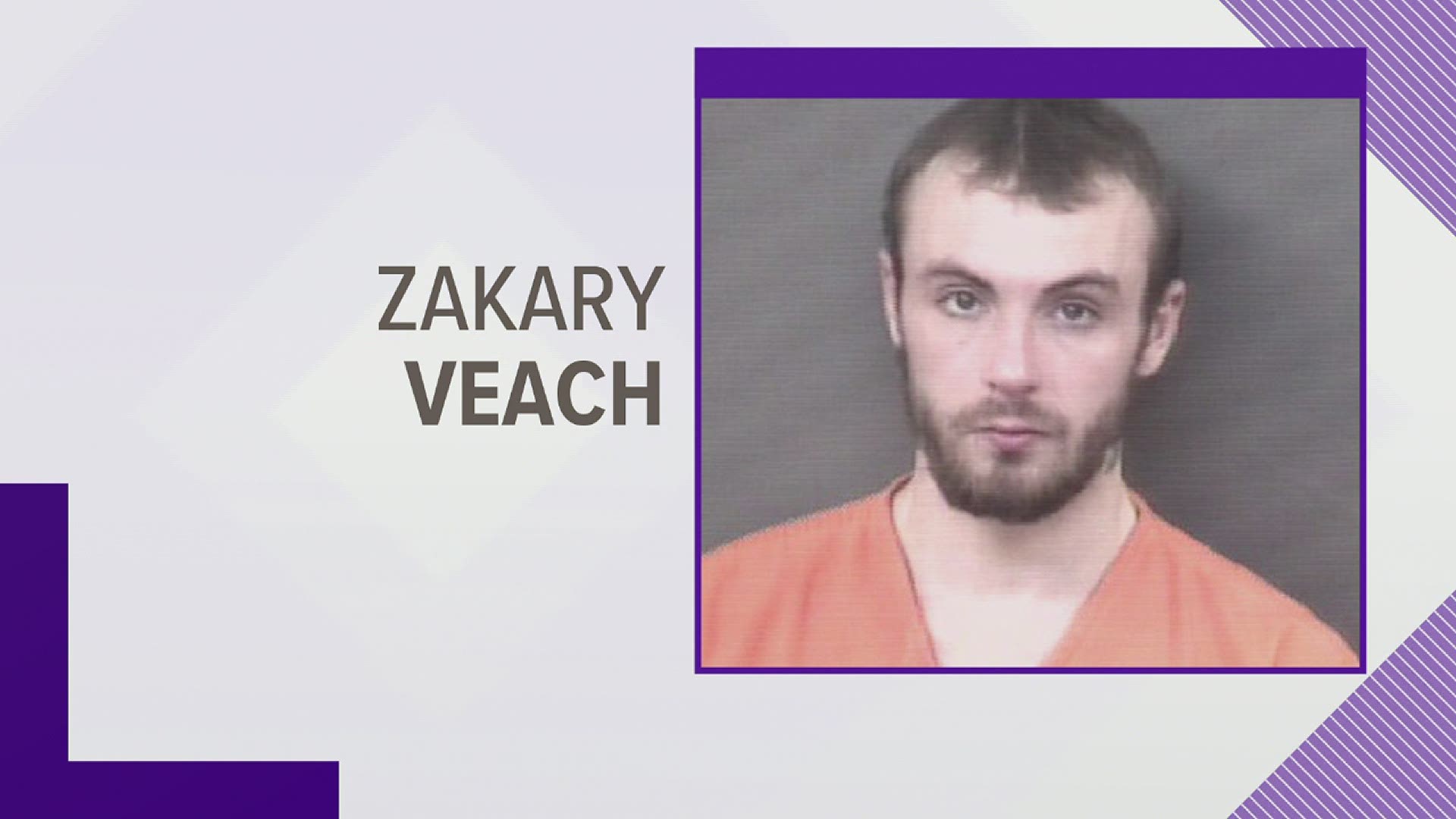 MOLINE, Ill. — A detective with the Moline Police Department was seriously injured while arresting a man who had been dodging the police for several days.

According to a statement from the Moline Police Department, officers tried to stop 23-year-old Zakary L. Veach for a traffic violation in the 1800 block of Avenue of the Cities on Wednesday, January 20.  He drove off and was found about 90 minutes later in the Hardees parking lot on 16th Street and Avenue of the Cities.

Officers and detectives from the department blocked Veach's vehicle in, and Veach rammed one of the squad cars before getting out of his car and running across the intersection, according to the statement.

This arrest came after Veach had fled from police three times prior, on January 15, 16 and 18, said the department's statement.

"During the arrest, Veach seriously injured a Moline Police detective," read the statement.  The detective was taken to a nearby hospital for treatment.

"The Moline Police Department officers should be commended for their efforts to capture Zakary Veach who had repeatedly endangered the citizens in Moline over the past several days," said Chief Darren Gault. "An officer was seriously injured during this incident. I thank the officers for continuing to put the public’s safety above their own safety each and every day.”

Veach was charged with aggravated battery to a police officer, two counts of resisting the duties of a peace officer and criminal damage to government property.  He was also charged with fleeing and eluding from January 15.