Video shows the front doors of the office, located on Western Avenue, covered with expletives and the words "racist" and "oligarch" written on the building. 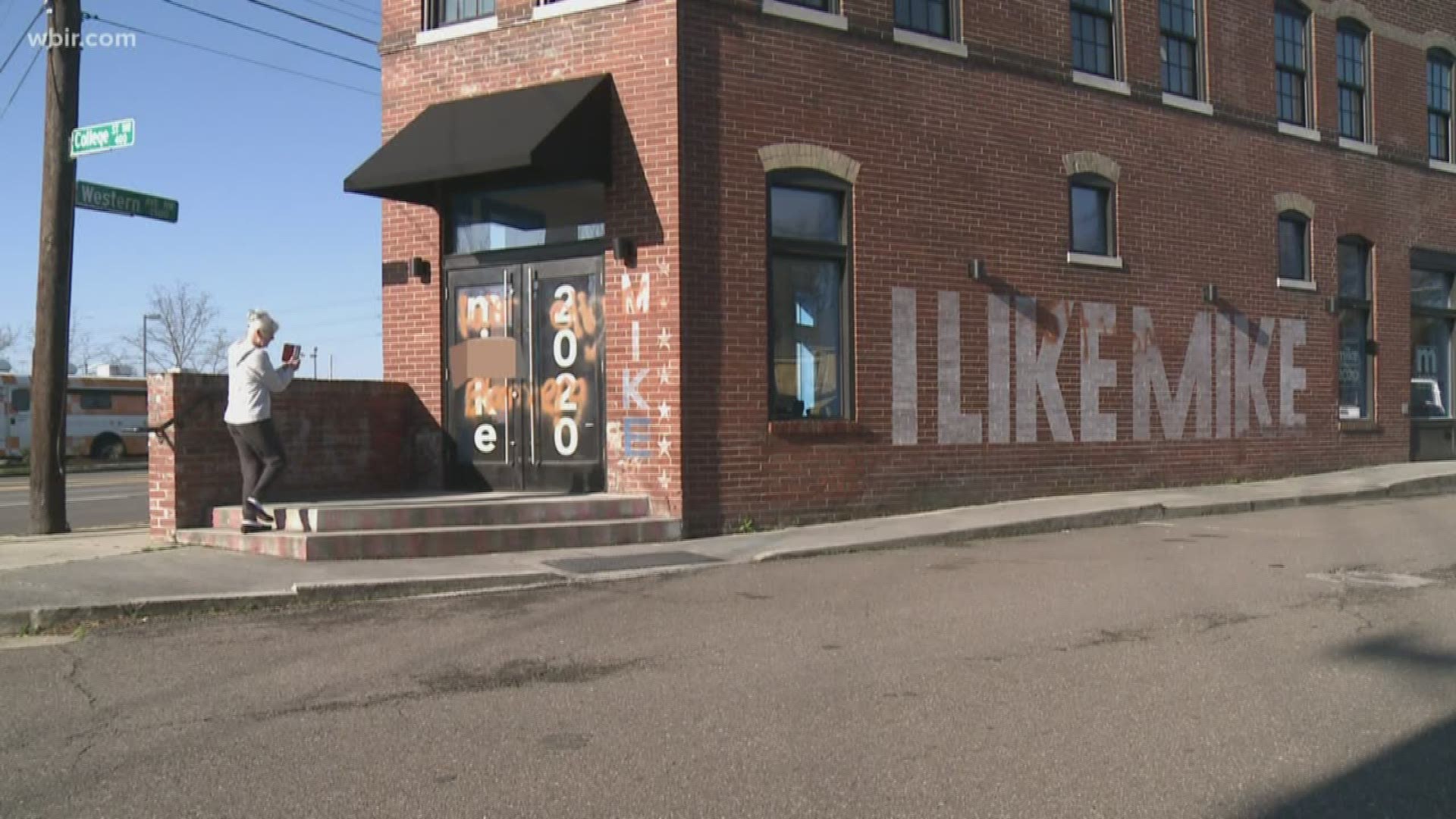 Video shows the front doors of the office, located on Western Avenue, covered with expletives and the words "racist" and "oligarch" written on the building.

The Knoxville Police Department is investigating the vandalism.

"At around 9:46 a.m. this morning, officers in Teleserve received a call regarding a vandalism that occurred at 1601 Western Avenue at the election office of Mike Bloomberg," KPD spokesperson Scott Erland said. "The complainant stated that sometime between 6 p.m. on Thursday night and 7 a.m. on Friday morning, someone spray-painted expletives on the front door and had marked on about three signs."

According to Erland, the person who filed the complaint did not have any suspect or witness information and stated that they do not have any video cameras.

The Bloomberg campaign is blaming the vandalism on supporters of Bernie Sanders, a rival candidate for the Democratic nomination.

"This latest incident at our Knoxville campaign office is exactly what we've been warning about. We don't know who is responsible for this vandalism, but we do know it echoes language from the Sanders campaign and its supporters," said Campaign Manager Kevin Sheekey. He said they'd seen similar attacks in multiple states.

"Fortunately, no one has been injured. But this needs to end before someone gets hurt," he said.

"We call on Bernie Sanders to immediately condemn these attacks and for his campaign to end the Trump-like rhetoric that is clearly encouraging his supporters to engage in behavior that has no place in our politics."

"The kind of divisive and hateful rhetoric and action we are seeing from Bernie Sanders' supporters has no place in our politics. Over the past week, we've seen similar attacks against Mike Bloomberg 2020 offices in multiple states. Mike Bloomberg believes Democrats need to unite to defeat Donald Trump in November, and as president he will bring our country together," McCall said.