Man with airsoft gun robs store of more than $300

One man’s under arrest after an armed robbery. 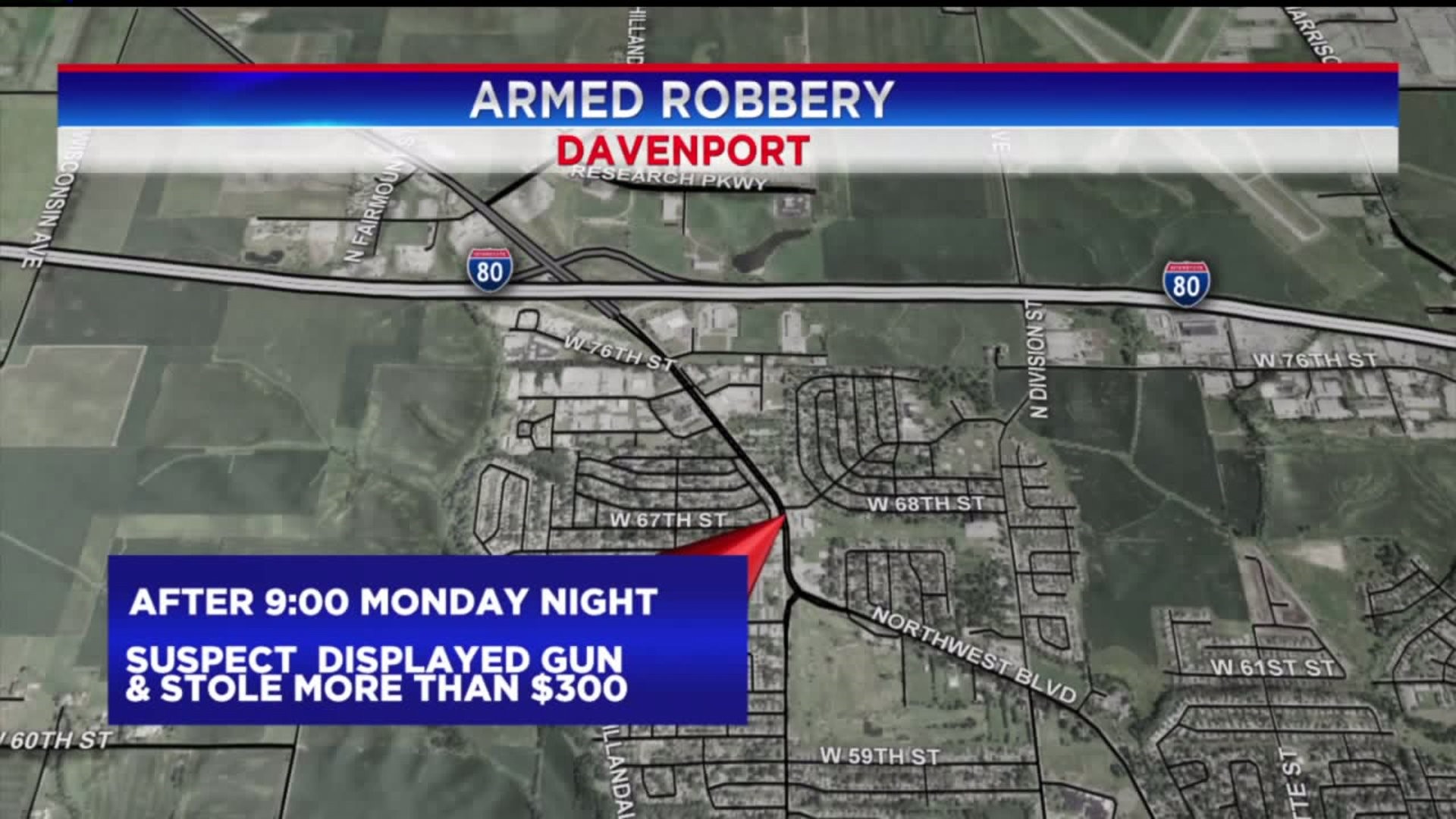 DAVENPORT, Iowa -- One man is under arrest after an armed robbery.

It happened just after 9 p.m. Monday, April 15, at the QC Mart, formerly Hawkeye Gas, in the 6800 block of Northwest Boulevard. Police say the suspect, Sean Farmer, entered the store with an airsoft gun and stole more than $300 from the cash register.

Officers found him in the area and arrested him after a foot chase.