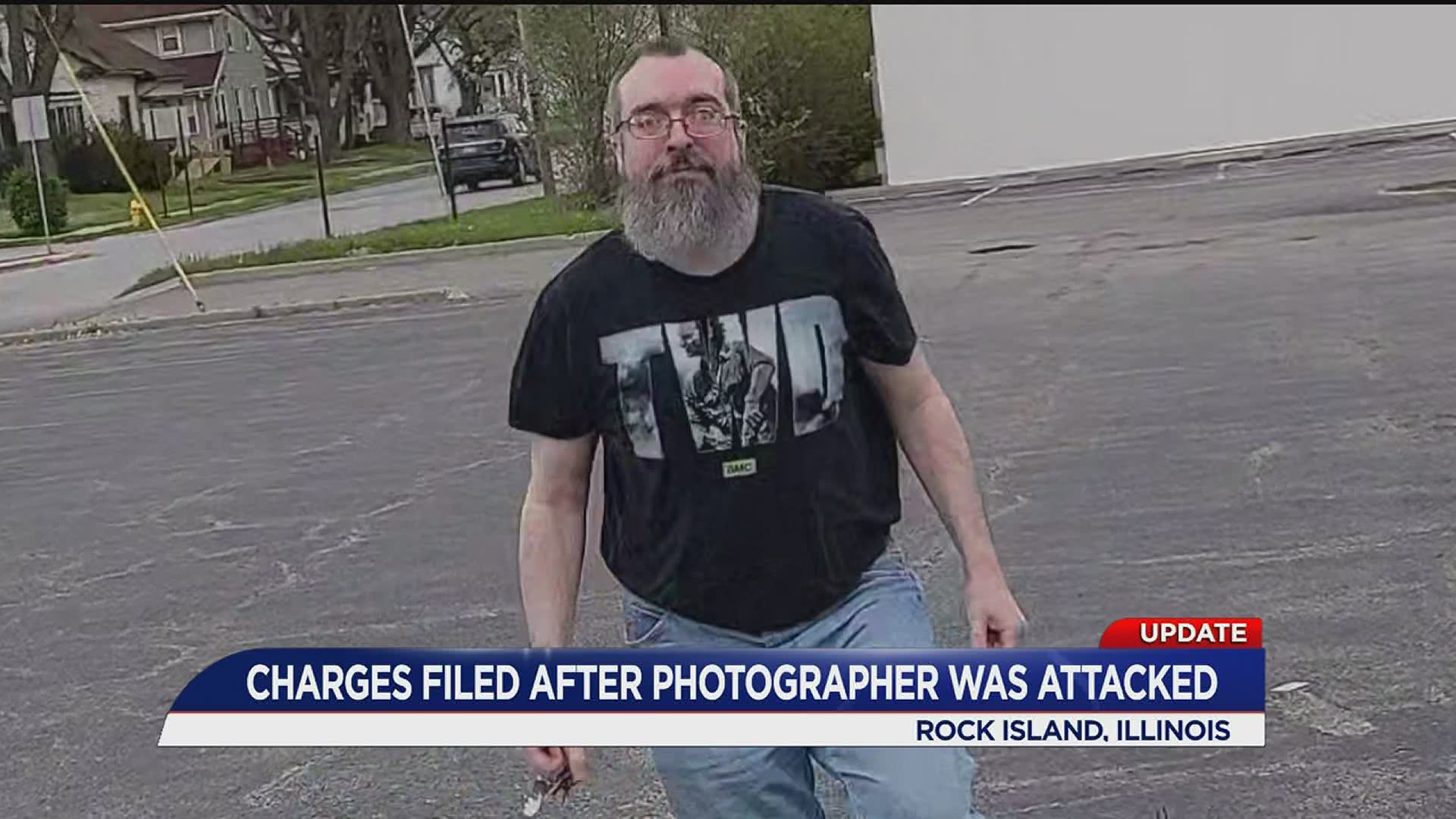 The Rock Island County State's Attorney's Office issued charges against Brett R. Laermans on Tuesday, May 5.  He is charged with criminal damage to property and battery.

Laermans has been issued a notice to appear in court on July 13.

Police in Rock Island are looking for a man who assaulted a News 8 photographer in a parking lot and smashed his camera on the ground.

The incident took place at 38th Street and 18th Avenue around 5 p.m. Friday, May 1. Working on a story, the photographer was getting footage of several local businesses in the area from the sidewalk. That's when a man approached him in a parking lot, expressing anger that he may have been filmed while driving by.

The man first took the photographer's hat, and then ultimately took his camera and smashed it on the ground multiple times.

Shortly after, the police were called and a report has been filed.

Thankfully, our photographer was uninjured in the assault.