A man was stabbed during an altercation overnight, according to the Davenport Police Department. 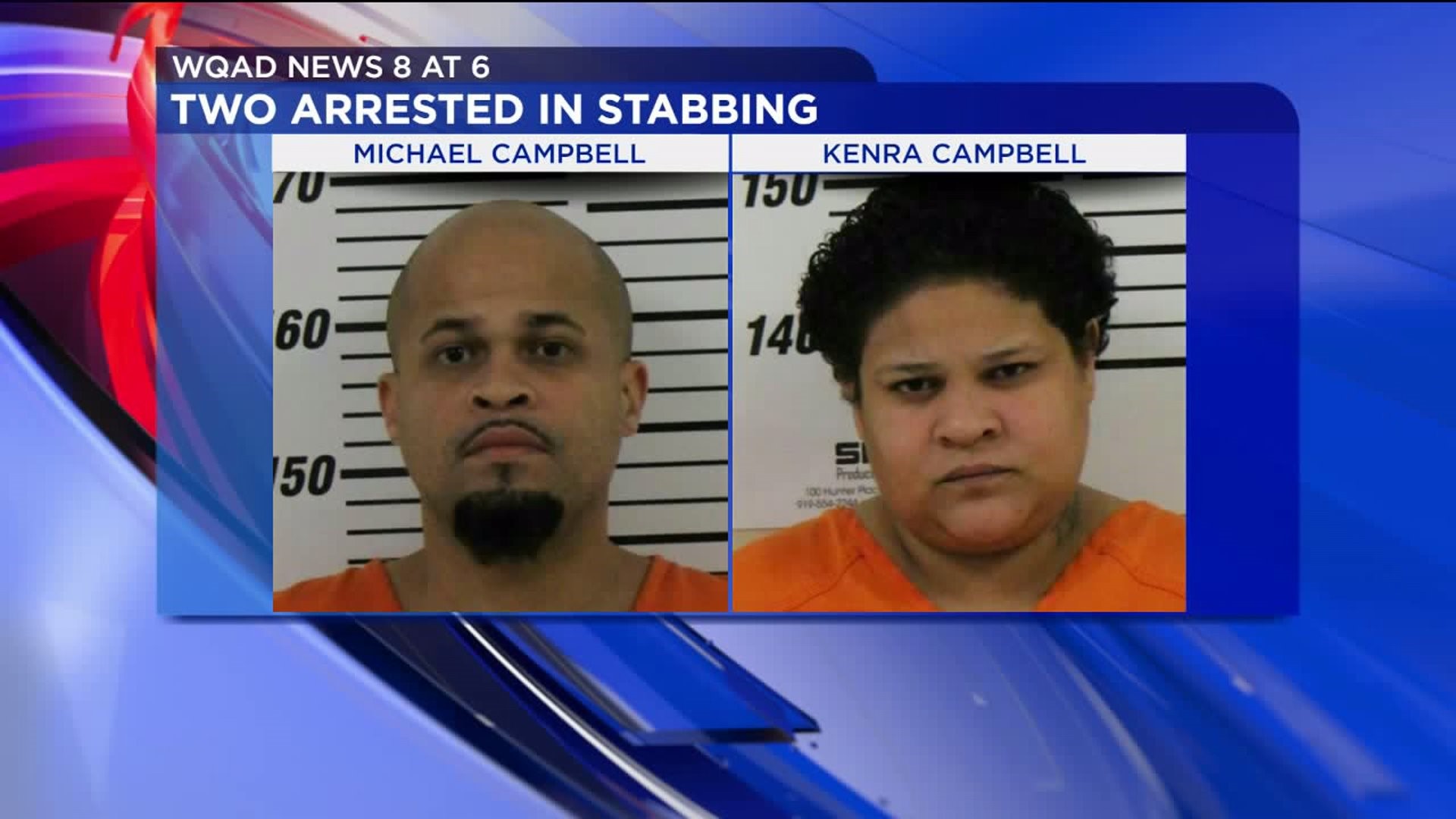 DAVENPORT, Iowa -- A fight inside a Davenport apartment led to a man being seriously injured in a stabbing and two people under arrest.

According to a statement from the Davenport Police Department, a fight broke out in an apartment in the 4500 block of Harrison Street around 5 a.m. on Friday, December 27.

Police said 34-year-old Kenra Campbell was armed with a knife and stabbed 41-year-old Kenneth Campbell multiple times.  She was arrested and charged with willful injury causing serious injury and assault while displaying a dangerous weapon.

Kenneth's brother and roommate, Michael Campbell, was also arrested after the incident.  According to a police affidavit, Michael admitted to police that he had shoved his brother and a witness told police she saw Michael punch Kenneth in the head.  Michael was charged with a misdemeanor domestic assault, first offense.   Scott County Jail records showed no bond listed for Michael.

If you have any information you're asked to call the Davenport Police Department at 563-326-6125.