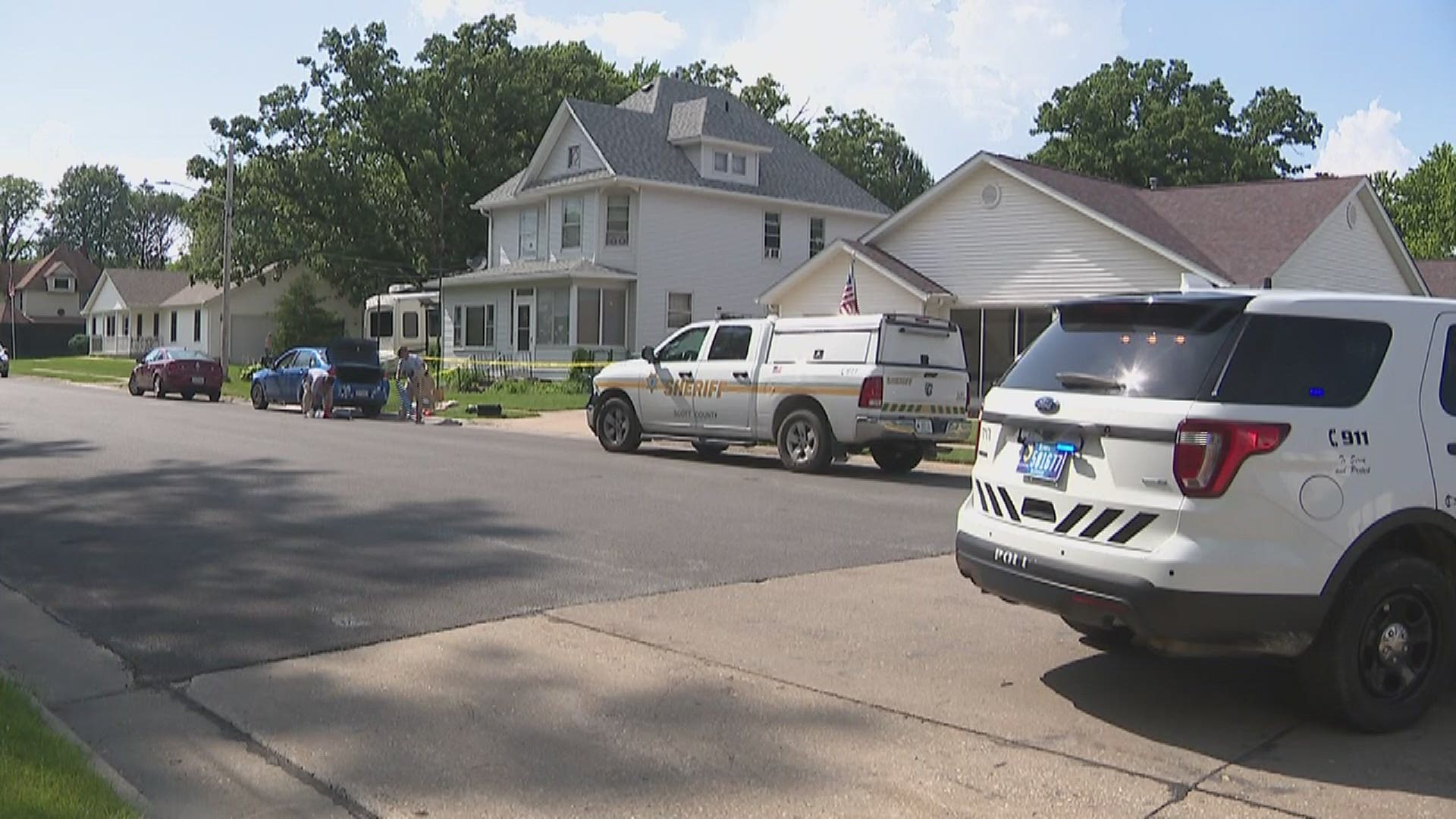 34 year-old Shane Bostrom has been arrested for a Controlled Substance Violation, among other charges listed below.

ORIGINAL STORY JUNE 10TH: 34-year-old Shane Robert Bostrom has been arrested following a shooting in Eldridge on Thursday afternoon. One woman is dead following the event. He is being held on a $14,300 cash-only bond and was booked on unrelated charges:

The Scott County Criminal Investigation Division tells News 8 Mr. Bostrom was able to be arrested and held thanks to items found in the house during law enforcement's death investigation.

They were called to the house on the 300 block of W Davenport St. in Eldridge around 1:30 Thursday afternoon. CID can confirm that one woman died as a result of the shooting, but have not said what caused it.

Neighbors describe a surreal scene to News 8, saying nothing like this is expected in their normally quiet community.

"I was just down the street picking a few odds and ends up, and I come home all of a sudden I got cops all over the place, fire truck, ambulance, I mean, everything. And now we got a firetruck going to take pictures up high," said John Thee, who lives next door.

Thee had just moved into the house 30 days prior to the shooting.

"I’m basically a block and a half away from the fire station, a block away from the police station," he said. "I just moved here, so it’s been exciting. The next thing you know they’re tearing the car completely apart. Emptying it out, I don’t know what’s all going on."

Investigators finally cleared the scene around 7:30 Thursday evening. While still at the house they opened the trunk of a blue Ford car parked in front and laid several items out on the lawn for examination.

A firetruck was even brought in to take areal photos of the scene.

Several neighbors who've lived in the area for decades say they've never seen anything like it.

Todd Heilig's mother in law lives in the house next to where the shooting took place.

"I just seen a bunch of squad cars, I seen a state trooper that was walking here. And I seen a couple Eldredge Police cars and Scott County Sheriff's Department, and they had it all blocked off," he said. "It's usually quiet."

One woman is dead following a shooting in Eldridge this afternoon. Now one man is in custody.

It's a normally quiet community. Several neighbors tell me they've been here for decades and never seen anything like it.