The hearing wrapped up Thursday, Feb. 23. A judge says he will issue a ruling as soon as possible. 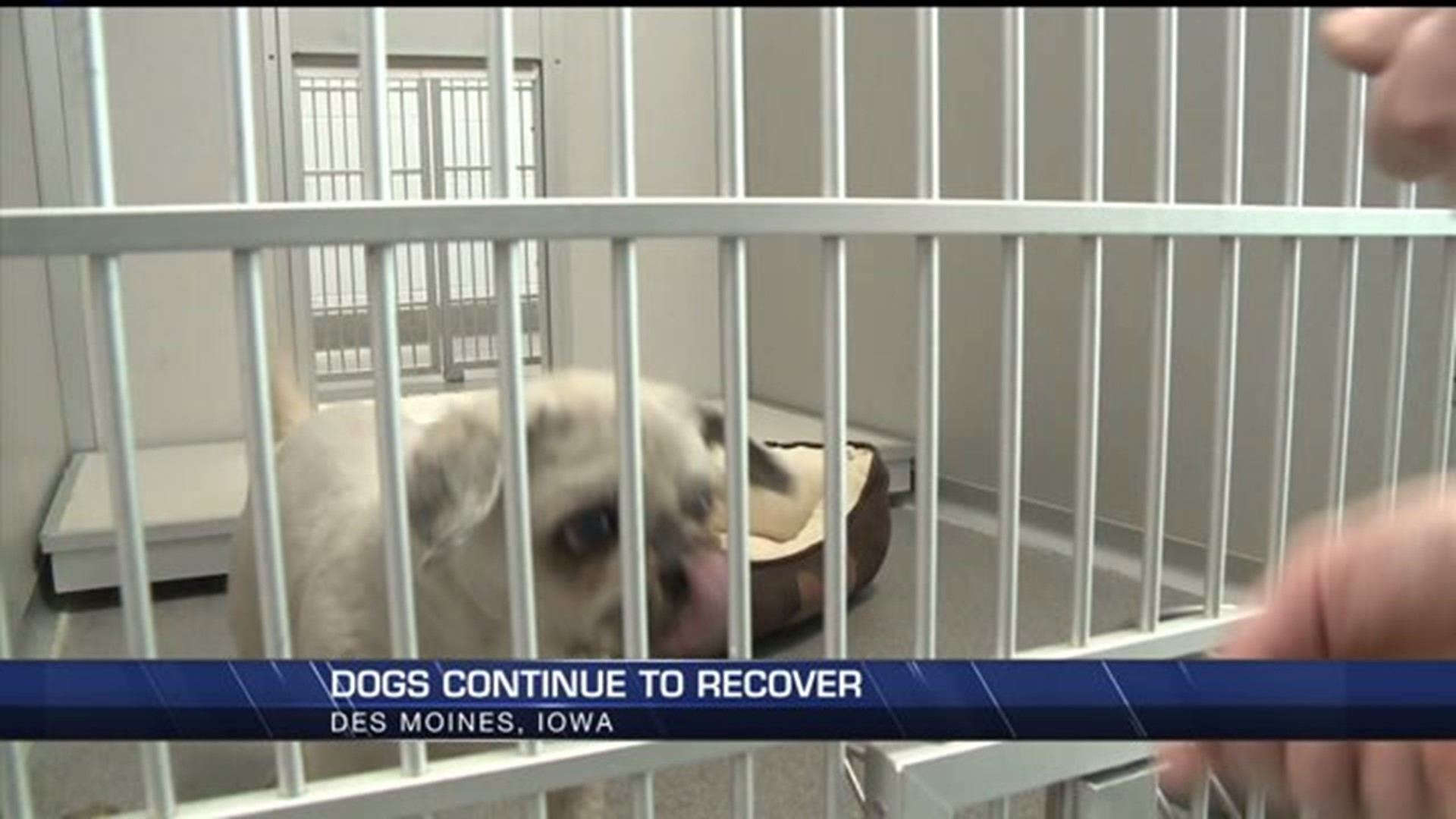 KNOXVILLE, Iowa — The woman accused of neglecting more than a dozen dogs is still fighting to keep some of the pets.

Lindsey Morrow was arrested after dogs were found living in filthy conditions on a property near Sandyville, Iowa. A couple of the dogs were found dead. During a court hearing, a veterinarian showed the judge a plastic bag containing 4 pounds of matted fur removed from just one of the recovering dogs.

The hearing wrapped up Thursday, Feb. 23. A judge says he will issue a ruling as soon as possible.

The dogs that were rescued are in the care of the Animal Rescue League of Iowa. The staff there says they're all doing remarkably well, eating better and taking some medicine.

If the ARL wins custody of the dogs, they'll be put up for adoption.