The dad has been charged with two counts of felony abuse resulting in death. 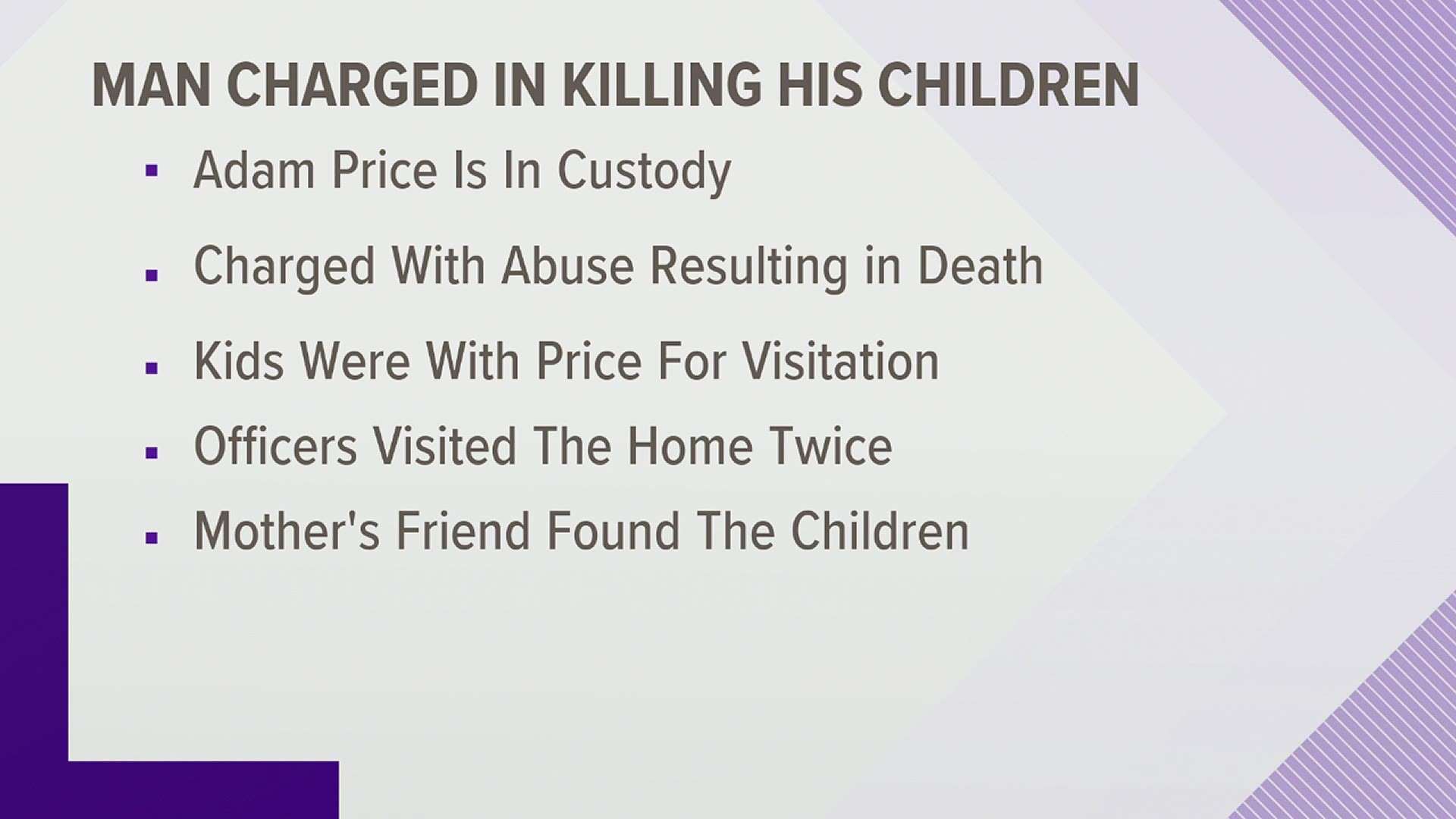 BELLEVUE, Nebraska — The father of two young children found dead in his eastern Nebraska home has been charged with two counts of felony abuse resulting in death.

He was arrested Sunday evening, May 16 in California.  WOWT-TV reports Price waived extradition during a hearing Wednesday in San Mateo County, California.

The children's mother, who lives in Rock Falls, said they were at the home for court-ordered visitation with their father. She contacted police Saturday night because she could not reach her children.

Police went to the home twice but did not find reason to enter the home.  A friend of the children's mother found their bodies Sunday morning.

Police have not said how the children died.