Ryland is being held in the Scott County Jail. 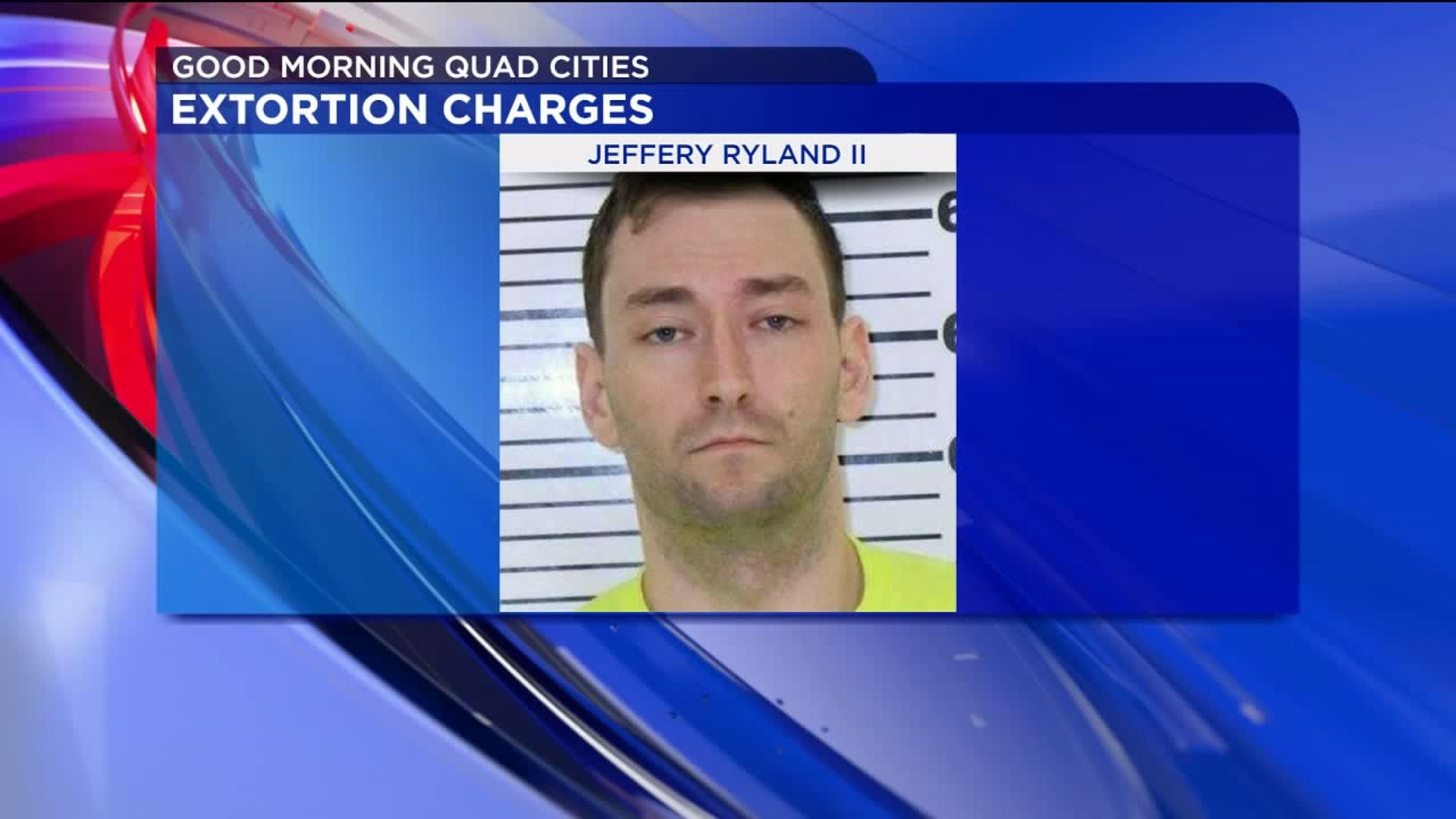 Jeffery W. Ryland II, 29, was arrested and charged with extortion - as well as harassment and unauthorized computer access - for his actions at the end of May and in early June, according to affidavits from the Scott County Sheriff's Department.

When the victim did not do as he asked, Ryland then sent the photos to the victim's mother and others, according to the affidavit. He also later hacked into the victim's Facebook, Twitter, Instagram and other social media accounts and on June 12 posted several of the photos on the victim's public Twitter page, the report stated.

Ryland was arrested on June 14 in Whiteside County, Illinois and later extradited to Scott County where he remains in jail.