HPD: Man who shot 4 people, killed 3 is now in custody after brief pursuit in stolen car 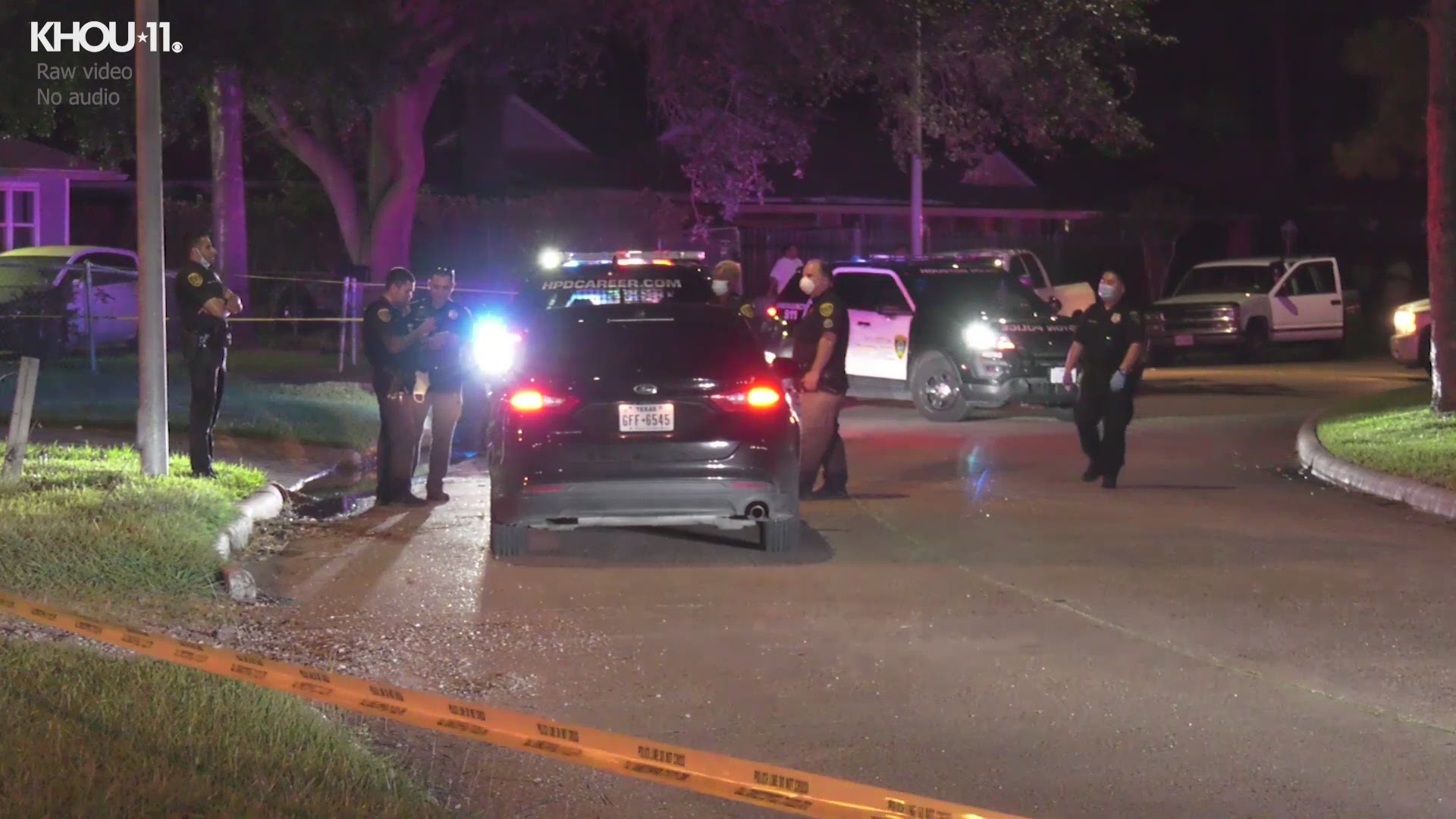 HOUSTON — Three people were killed and another was injured in a string of shootings in southwest Houston on Wednesday night.

The triple homicide led to an overnight search for the suspect, who was arrested after a brief pursuit, Houston police said early Thursday.

Police said Wednesday night's shootings were all reported within an hour of each other, between 8:15 and 9 p.m. The same shooter description was provided at each scene.

Houston police later identified the triple murder suspect suspect as Joshua Kelsey, 35. They released his photo and asked the public to be on the lookout for him, saying he would be driving a 2012 silver Kia Forte with Texas plates. Kelsey stole the vehicle at the first of the three murder scenes, police said.

Executive Assistant Houston Police Chief Troy Finner said he does not believe the shootings are completely random and said he thinks they may be drug-related.

The first shooting was reported around 8:15 p.m. in the 14200 block of Bridgeport Road, which is near the intersection of Almeda and Beltway 8. Police said the suspect got into an altercation with two other men, possibly over drugs. The suspect pulled out a gun and shot the men. Both were taken to an area hospital. One was pronounced dead upon arrival at the hospital and the other was taken into surgery but is expected to survive.

The suspect then stole the victim's car and drove to a home off Kelling Street.

The second shooting was reported around 8:30 p.m. in the 5200 block of Kelling Street, which is near the intersection of West Orem Drive and South Post Oak Road. Police said the suspect entered a home and shot a 60-year-old man who was inside. The man was pronounced dead at the scene.

The third shooting happened around 9 p.m. in the 13500 block of Hooper Road, which is near the intersection of Almeda Genoa Road and the South Freeway. Police said the same suspect drove the stolen vehicle to another location, entered another home and shot another man. The victim was taken to an area hospital where he was pronounced dead.

The investigation is still underway.

Police said Kelsey was still driving that stolen Kia when he was located early Thursday. He was taken into custody after a brief pursuit.

Anyone with additional information about the shootings is asked to contact Houston police or Houston Crime Stoppers at 713-222-TIPS.