She was sentenced to serve up to five years in prison. 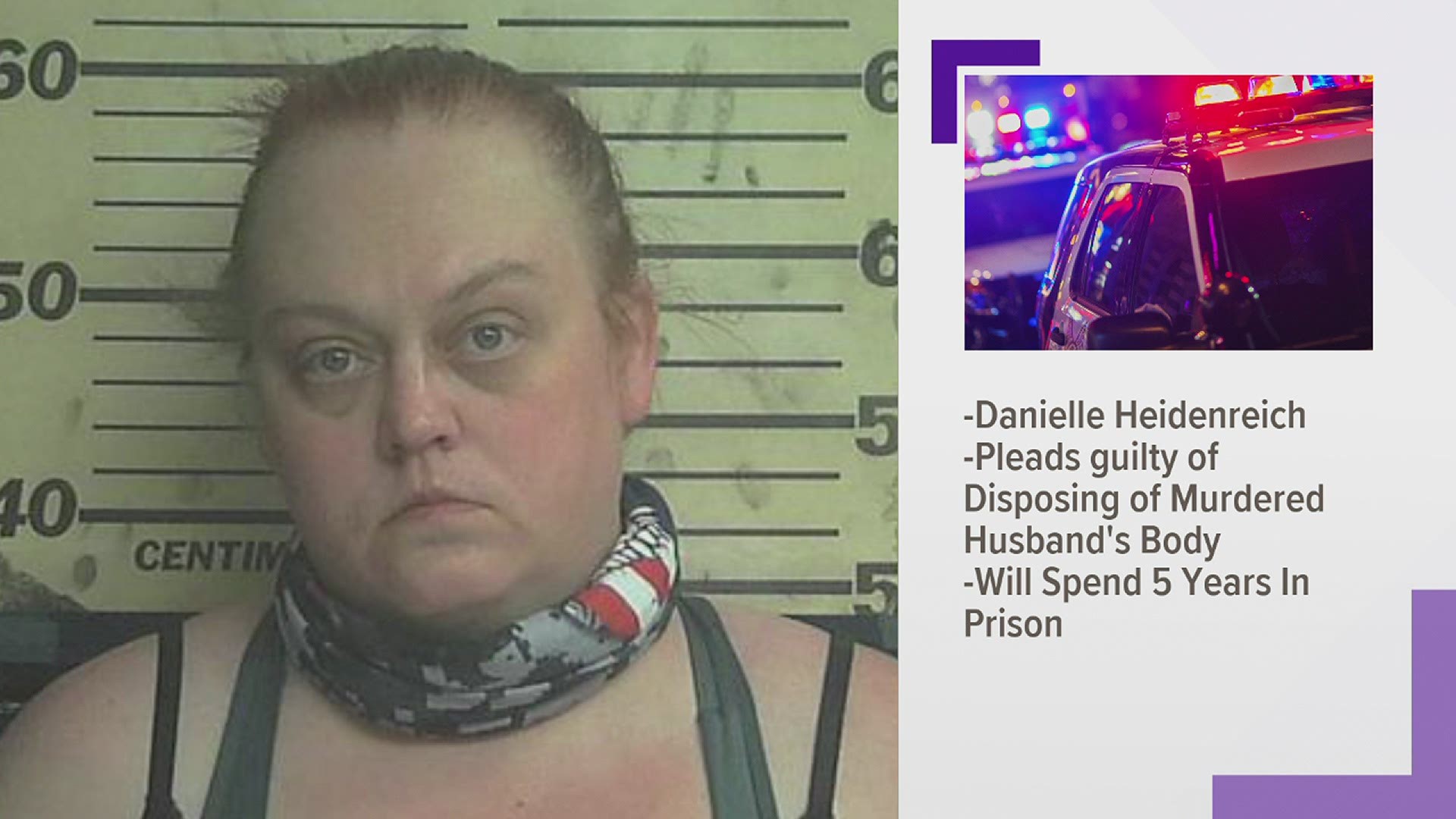 HANOVER, Ill. — A Hanover, Illinois woman will spend up to five years in prison after pleading guilty to concealment of a homicidal death in Jo Daviess County.

Danielle Heidenreich, age 39, pleaded guilty on June 10. She was arrested for the charge back in April, about one month after the body of he husband, Keith Heidenrich, was recovered from the Mississippi River in rural Savanna, Illinois.

Danielle was sentenced to serve up to five years in prison, with one year of supervised release.

A Freeport man, 36-year-old Levi Meyers was charged with five counts of murder in connection to the death.  Online court records show that he remains in custody.

According to previous reports, investigators said that Keith Heidenreich’s death was related to incidents that took place inside the residence of Meyers and Danielle Heidenreich on Blackhawk Street in Hanover.

The 48-year-old man's body was then driven by vehicle to Miller’s Landing and put in the Mississippi River, where it was later recovered.