The organization is out more than $4,000 from a combined loss of equipment and damage to property. 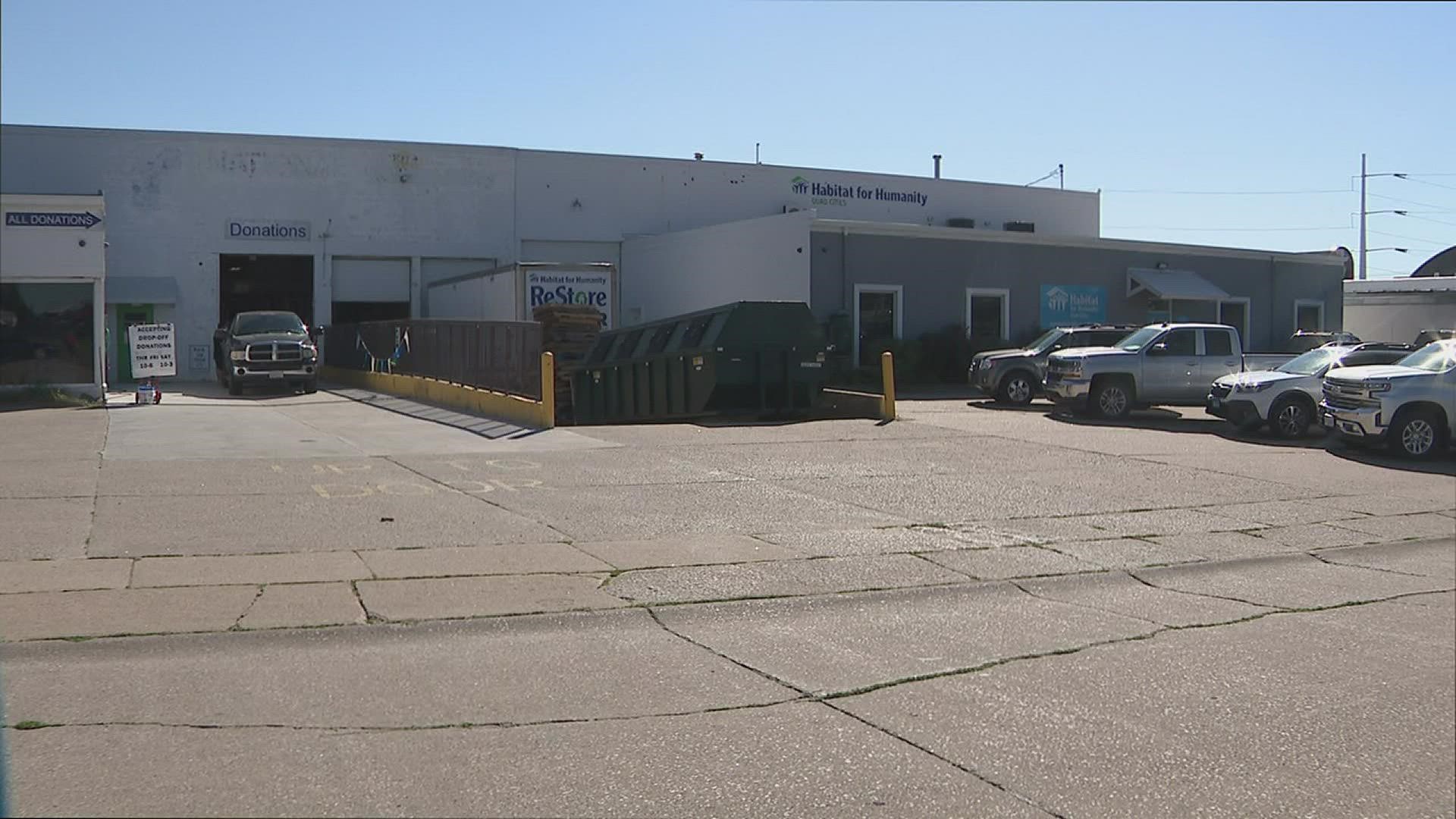 DAVENPORT, Iowa — Two burglaries at Habitat for Humanity QC have cost the organization more than $4,000 in stolen equipment and damaged property combined.

To help recoup the $4,000, a fundraising campaign has been launched by the organization. Find details here.

The organization's development director, Elesha Gayman, said the two burglaries happened within a week of each other; the first on Thursday, September 9 and the second on Tuesday, September 14.

During the first break-in, Gayman said those responsible broke into a Habitat trailer, cutting a chain gate to get on campus. She said a "plethora of tools and construction equipment" was stolen. This happened in the early-morning hours.

A utility trailer was stolen during the second break-in. Gayman said it appeared the culprits came onto their campus just after midnight through a neighboring business lot.

If you have any information on this case, you are asked to call the Davenport Police Department at 563-326-7979.

To help recoup the $4,000, a fundraising campaign has been launched by the organization. Find details here.