Four women from California are facing felony charges after police say they were trying to use a stolen credit card at Bettendorf Ascentra and Family Credit Unions. 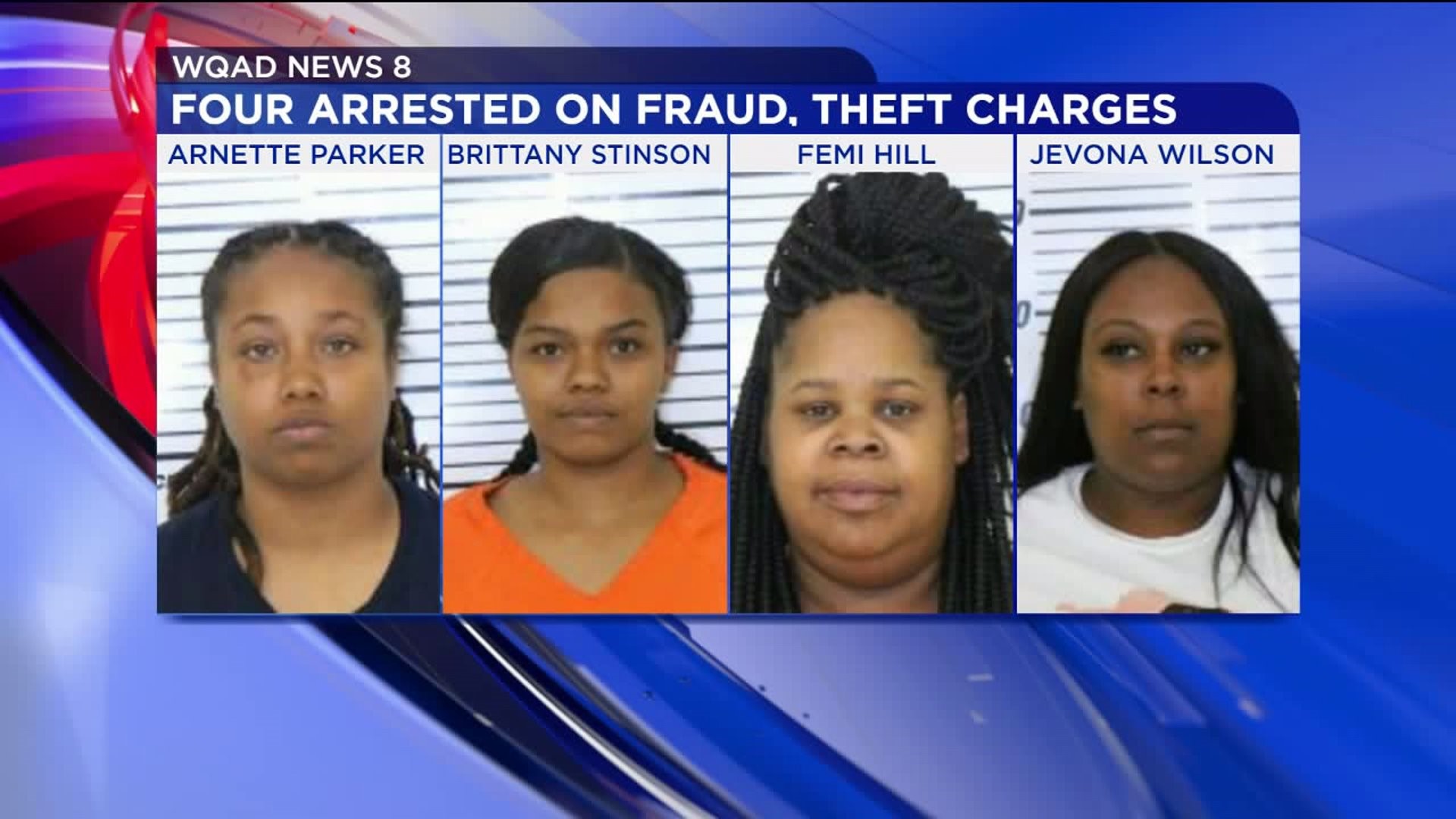 BETTENDORF, Iowa -- Four women from California are facing felony charges after police say they were trying to use a stolen credit card at Bettendorf Ascentra and Family Credit Unions.

According to affidavits filed in Scott County Court, 42-year-old Femi Hill, 37-year-old Jevona Wilson, 28-year-old Brittany Stinson, and 30-year-old Arnette Parker were all arrested in connection with theft and other charges.

On Tuesday, August 27, Stinson tried to take out a $3,200 cash advance from The Family Credit Union on Devils Glen Road using a fake credit card and fake driver's license.  She was denied the cash advance because of the fraudulent card.

One day later, Parker went into Ascentra and tried to use the same cards to take out $500.  Police were called to the scene and found that the cards belonged to a woman in Georgia who had reported having her identity stolen back in June of 2019.

According to the affidavits, two rooms at the Hampton Inn were reserved using those fraudulent cards.  Officers got search warrants for them and found multiple bags filled with stolen clothes. The police department in Eagan, Minnesota said this group stole between $3,000 and $5,000 in clothes from Polo Ralph Lauren a couple days before they came to the Quad Cities.