Young person spotted being forced into pickup in Peru, IL; police seek info from the public 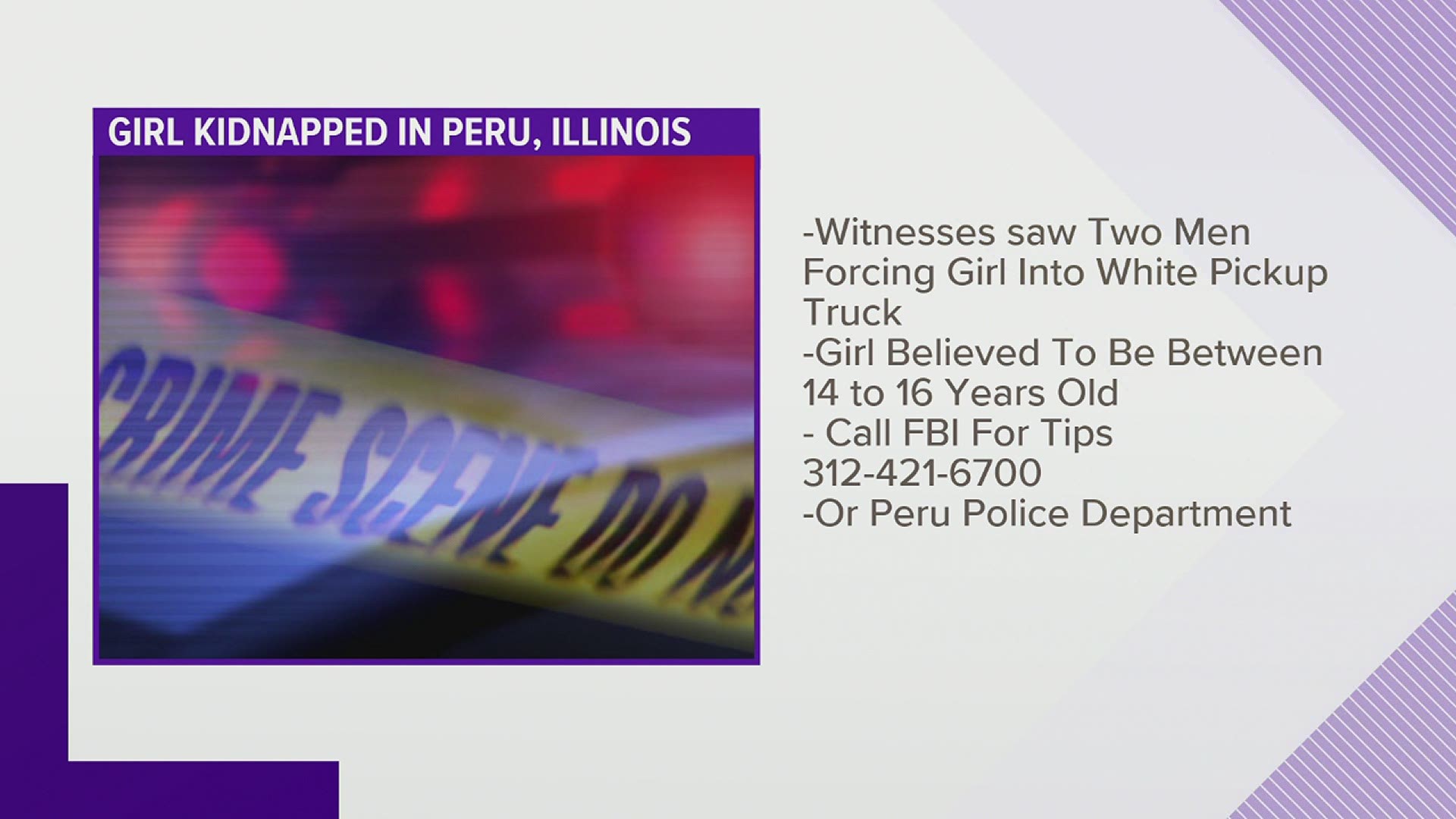 Editor's Note: As the investigation unfolded, police learned the victim in this situation was not a teenager, but was actually a woman in her 20s. She has been located.

ORIGINAL:
The FBI is looking for a teenage girl from Peru, Illinois, after reports of a kidnapping on Monday, June 14th.

Police say multiple witnesses saw two men at around 5 a.m. forcing a teenage girl, approximately 14 to 16 years old, into a white pick-up truck with a topper. They say there was yelling and screaming, and physical evidence gathered at the scene supports the conclusion that she was taken against her will.

It was reported near the intersection of Plum and 7th Street, next to Washington Park. That's about 80 miles east of the Quad Cities.

A spokesperson with the FBI says it is possible the kidnappers are travelling south towards Springfield, but the direction is unknown.

Video evidence shows the escape vehicle to be a large white SUV, possibly a Ford make.

Posted by City of Peru Police Department on Monday, June 14, 2021