A teenager was caught going 52 miles over the speed limit on the Interstate 74 Bridge. 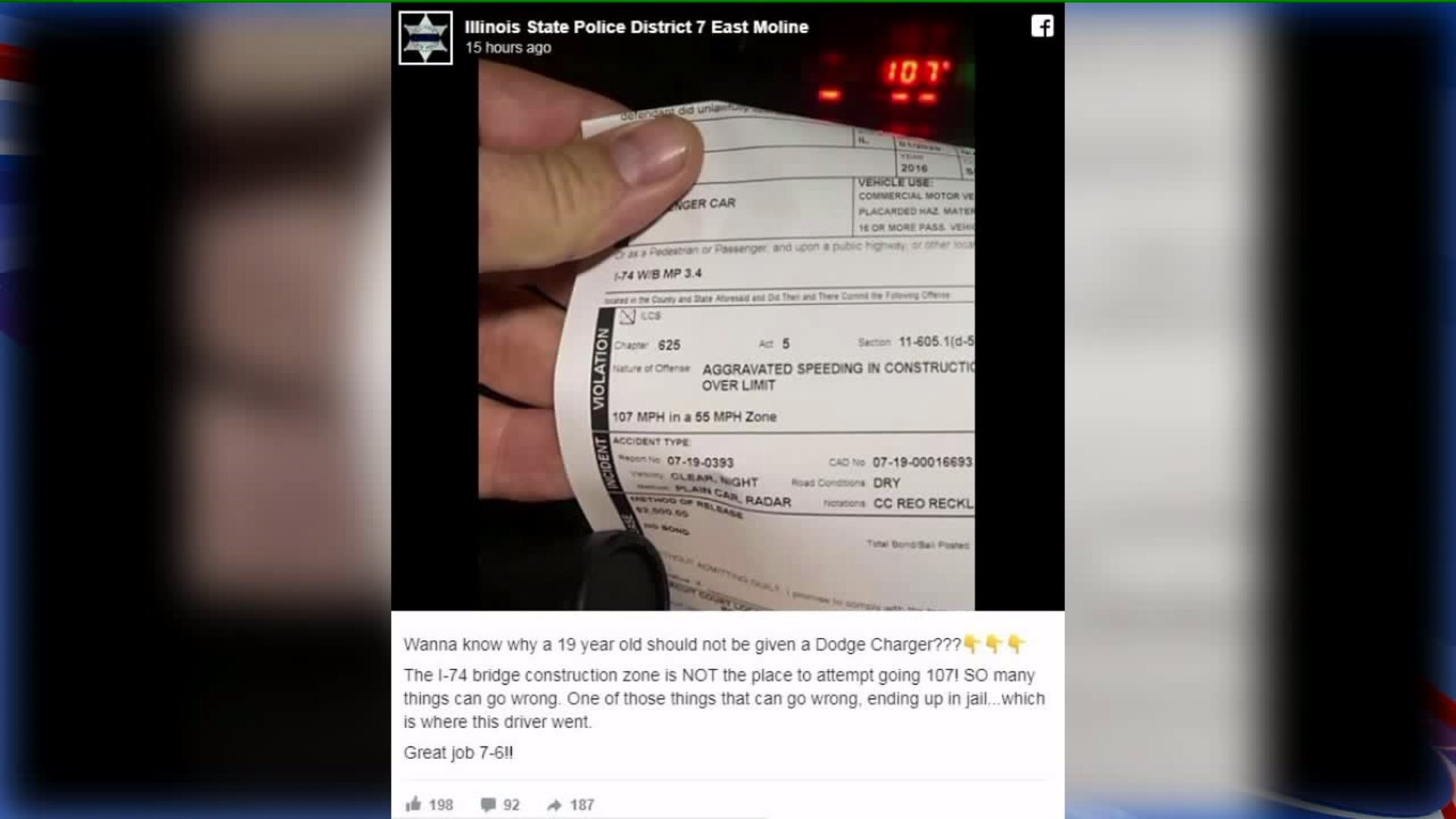 EAST MOLINE, Illinois -- A teenager was caught going 52 miles over the speed limit on the Interstate 74 Bridge.

The Illinois State Police shared a picture of the ticket on their Facebook page, Wednesday, September 25.  Police said a 19-year-old in a Dodge Charger was going 107 mph in the I-74 Bridge construction zone, which holds a 55 mph speed limit.

"SO many things can go wrong," read the Facebook post.  "One of those things that can go wrong, ending up in jail... which is where this driver went."

No other details about the driver were made available.  The ticket shows that the speeding violation happened at night in clear and dry conditions.