In a Davenport guitar-shop burglary, culprits got away with money from the store and donations for a veterans’ fund. 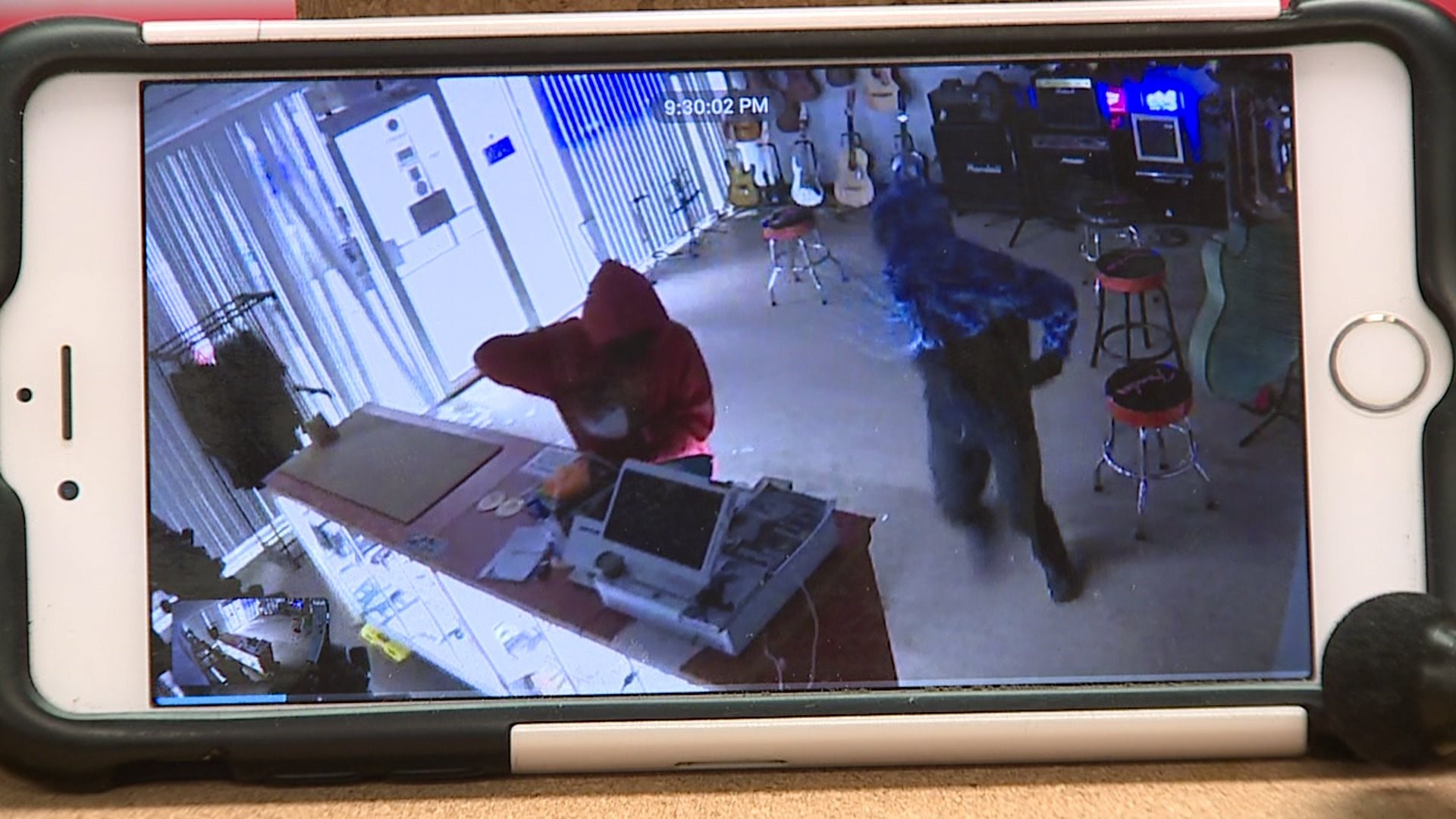 DAVENPORT, Iowa -- In a Davenport guitar-shop burglary, culprits got away with money from the store and donations for a veterans' fund.

The owner of Shumaker Guitar Works, Thad Shumaker, said the burglary happened around 9:30 p.m. Monday, August 26.  He said burglars broke in and "went straight for the register."

Shumaker said two people got away with nearly $600 in cash, including roughly $100 that was being collected for a fundraiser called "Frets 4 Vets."

A neighboring shop, AHA! Holisticals was also targeted in the burglaries, but nothing was taken.  Owner Alisha Wadden said the thieves went in looking for money, but came out empty handed.

"They said something along the lines of, 'There ain't **** here, just some change, let's hurry up and get the next one,'" said Wadden.

No merchandise was stolen from either business.

"I'm beside myself right now with this," said Shumaker. "It's unfortunate that people out there are like that and can't respect that this is how I feed my family. This is how I pay my bills."

Shumaker said thieves stole all of the operating money for day to day operations, plus weekend profits from sales.

"(Of course) this is the one day I forget to put my key away for my drawer," Shumaker said.

"No place should be broken into," Wadden said. "But a small business? It just hits home a lot more."

It took the suspects merely 30 seconds to break in, search for cash and leave each business. Now, Wadden and Shumaker hope a new sense of security comes with more surveillance.

"People still think that this building is unsecured," Wadden said. "I think that we need to have big flashing lights saying ‘you're on tape’ cause they think they got away with it... but you're on tape."

Davenport Police have not made any arrests so far. Anyone with information regarding this incident is encouraged to call the Department at 563-326-6125 or submit an anonymous tip via the mobile app called “CityConnect Davenport, IA” or “CrimeReports by Motorola.”

Shumaker said a friend has offered to send him a custom-made guitar to raffle off in order to replace the money that's gone for him and for the charity.

Both Wadden and Shumaker said they will work with building managers in the near future to have re-enforced glass installed in all suites within the building, as well as adding an alarm system to go with surveillance.

News 8 has not heard back from the building's property manager regarding the incident or future security improvements.