‘Number of casualties’ reported after van hits pedestrians in London

LONDON, England– A vehicle hit pedestrians in London early Monday morning and, according to police, there are “a number of casualties being worked o... 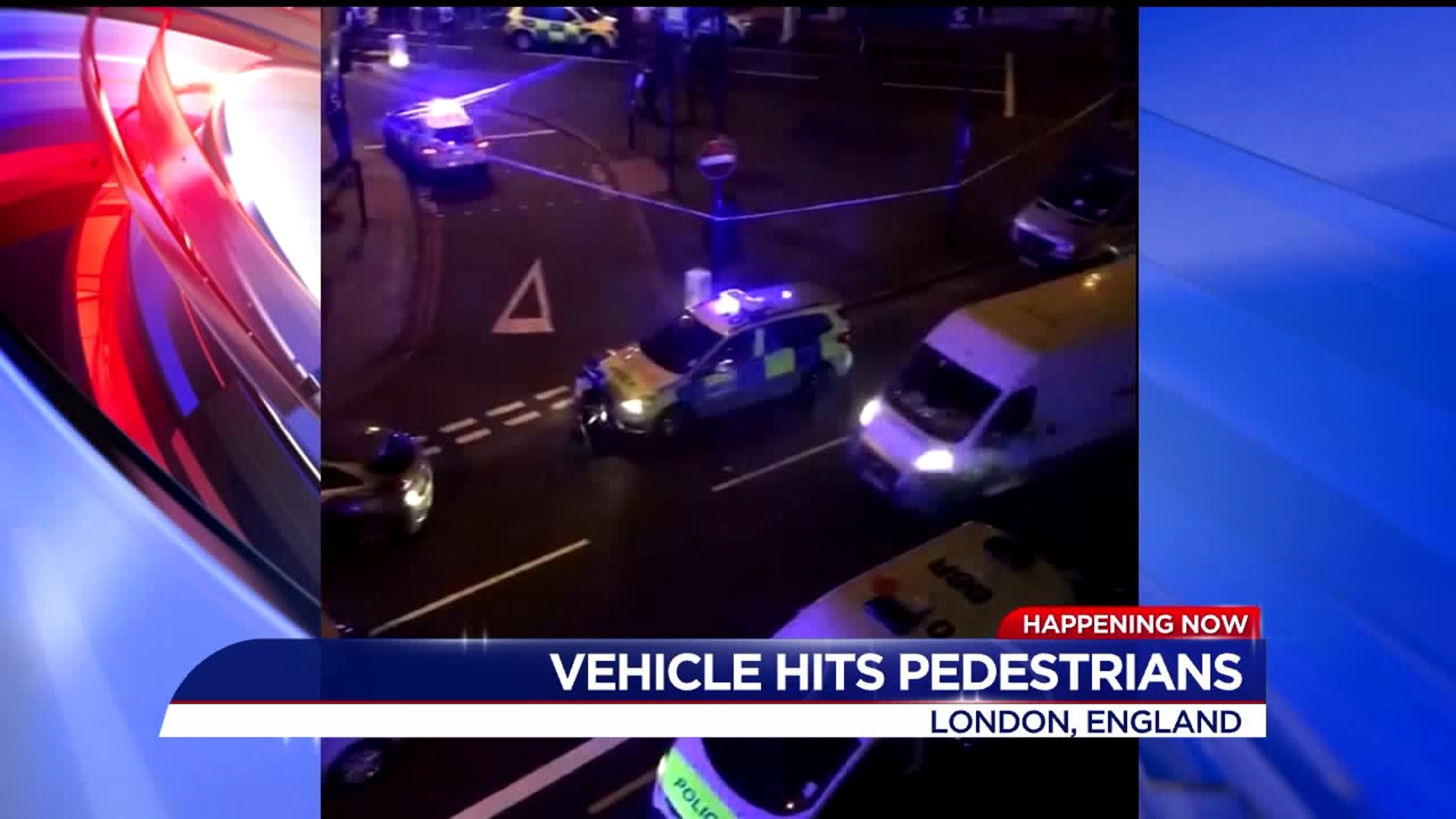 LONDON, England-- A vehicle hit pedestrians in London early Monday morning and, according to police, there are "a number of casualties being worked on at the scene."

London's Metropolitan Police say officers were called just after midnight Monday to an incident on Seven Sisters Road near the Finsbury Park Mosque. Police say they closed roads in both direction to deal with "a major incident."

Early witness reports say that pedestrians had been hit as they left late-night prayers for the holy month of Ramadan.

CNN reports that neighborhood has a large Muslim population and the nearby mosque has a notorious reputation as a place where Islamist militants used to gather. But in the past decade, the mosque has been transforming its image, with its leadership outspoken in pushing interfaith harmony.

The Muslim Council of Britain tweeted, "We have been informed that a van has run over worshipers as they left #FinsburyPark Mosque. Our prayers are with the victims."

Video posted on social media showed people screaming as bystanders performed chest compressions on one of the injured victims, while another man held a bloody cloth to his head.

The incident early Monday follows two recent terrorist attacks in London in which vehicles have been used as weapons, both on bridges across the Thames River.