"I just told him to hold on" | Four people shot near Davenport's W. Locust Street

Police responded to several reports of shots fired at 9:15 p.m. on Thursday night. When they arrived on scene, they found four gunshot victims. 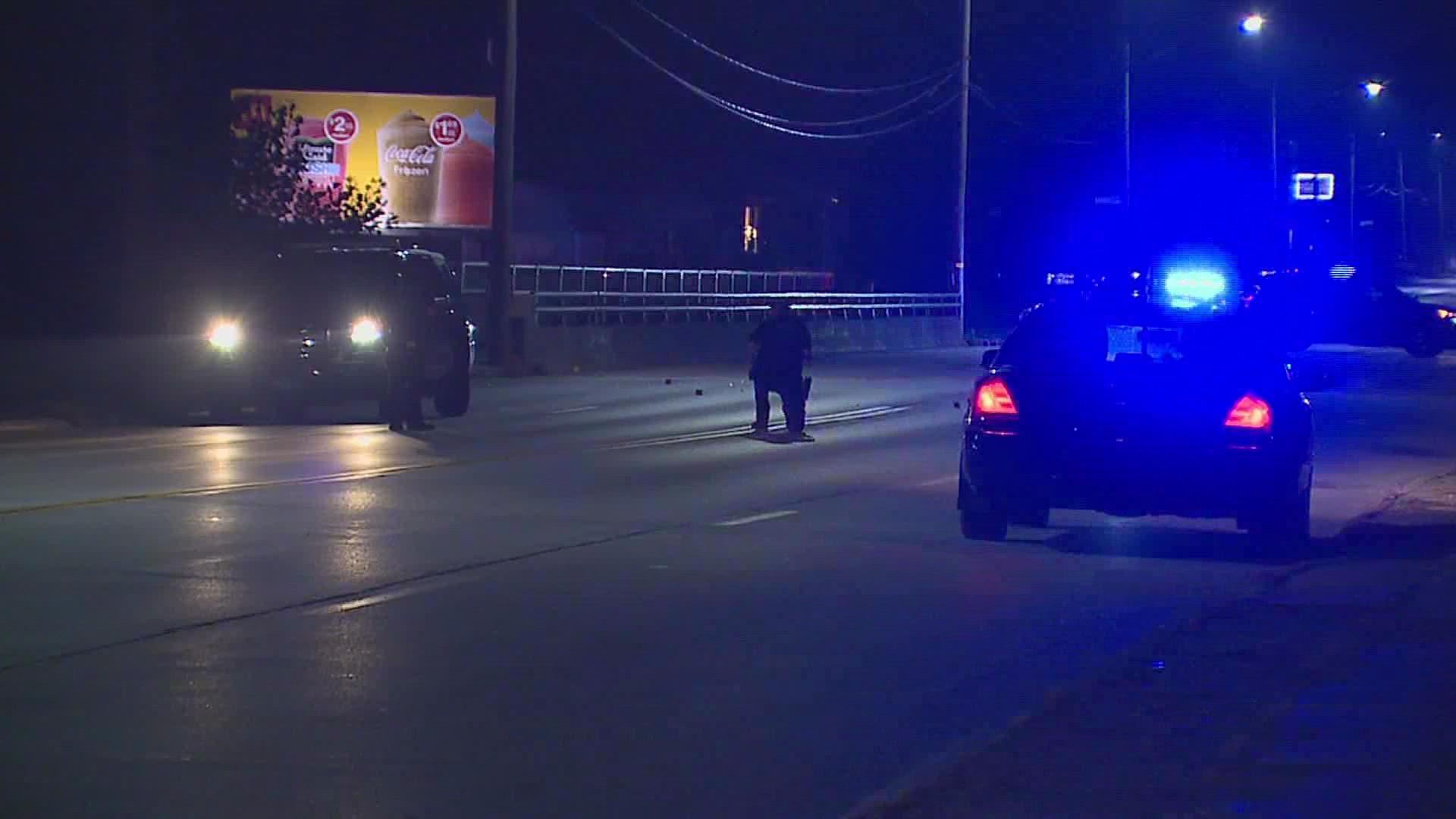 DAVENPORT, Iowa — Davenport police say four people were shot in an incident that began as a feud between two vehicles, Thursday night.

Officers responded to multiple reports of shots fired around Pacific and W. Locust St at 9:15 p.m. on July 29th. The intersection's just west of Five Points.

After arriving, they found four people with gunshot wounds - two men one woman and one female juvenile. In a press release, the department says all four victims were taken to the hospital with serious injuries. The injuries they sustained are considered to be not life threatening, however one of them remained in serious condition as of Friday afternoon.

For hours, police canvassed multiple scenes in the area, searching in backyards, around homes, and in a ravine off of Pacific and Locust St. In their release they stated, "several spent shell casings were found in the eastbound lanes of E. Locust St," and that early findings in their investigation, "indicates there was a feud between two vehicles which escalated into shots being fired."

Police have not revealed if anyone has been arrested.

A blue Honda with gunfire damage was seen near that intersection, along with a pair of red and white sneakers discarded on the grass beside it and blood spattering around it.

Nick Gambleton lives on Pacific, near where the blue Honda was found. He said heard the gunshots, which woke up his daughter, and ran outside to see an individual running from the car into the ravine, then back up, before taking off between houses with another individual.

That's when Gambleton says he saw a young man still in the car with a bullet wound to the back. He tells News 8 he ran to help him.

"I went up to the kid that was in the back seat. He was on the phone. He said he needed some water," said Gambleton. "He looked so young. He couldn't have been older than 20 years old. He had a baby face. He was so young, man."

Gambleton describes trying to get the man to move his legs and press into the seat, to help stop the bleeding. But he reports the individual couldn't feel his legs.

"I told him to just hold on," said Gambleton. "He said he started feeling dizzy and by that time the police showed up. I just hope he lives. All I can see is his young face. He's so young."

The ravine next to the car was heavily searched by officers and blocked off with crime tape.

Parts of W Locust St were blocked off to the public for several hours on Thursday night, as police examined evidence on and near the road.

Nearby, on 16th St, Matthew Bell was waiting for a food delivery when he tells News 8 he saw a man walking down the street before bolting to a nearby house.

"Then all this commotion came on. You got the cops looking with their flashlights and all that. Fire, EMS, cops, two cop cars parked across from each other," he said. "Kind of out of the ordinary to see somebody just run and sees me open my door and then he runs and this pops off and everybody's like what's going on here."

Police were later seen searching the house the individual allegedly ran to.