Davenport officers injured in crash after pursuit of stolen car

A group of teens driving a stolen car got into a brief chase with Davenport police, which ended when they crashed into a squad car, injuring two officers. 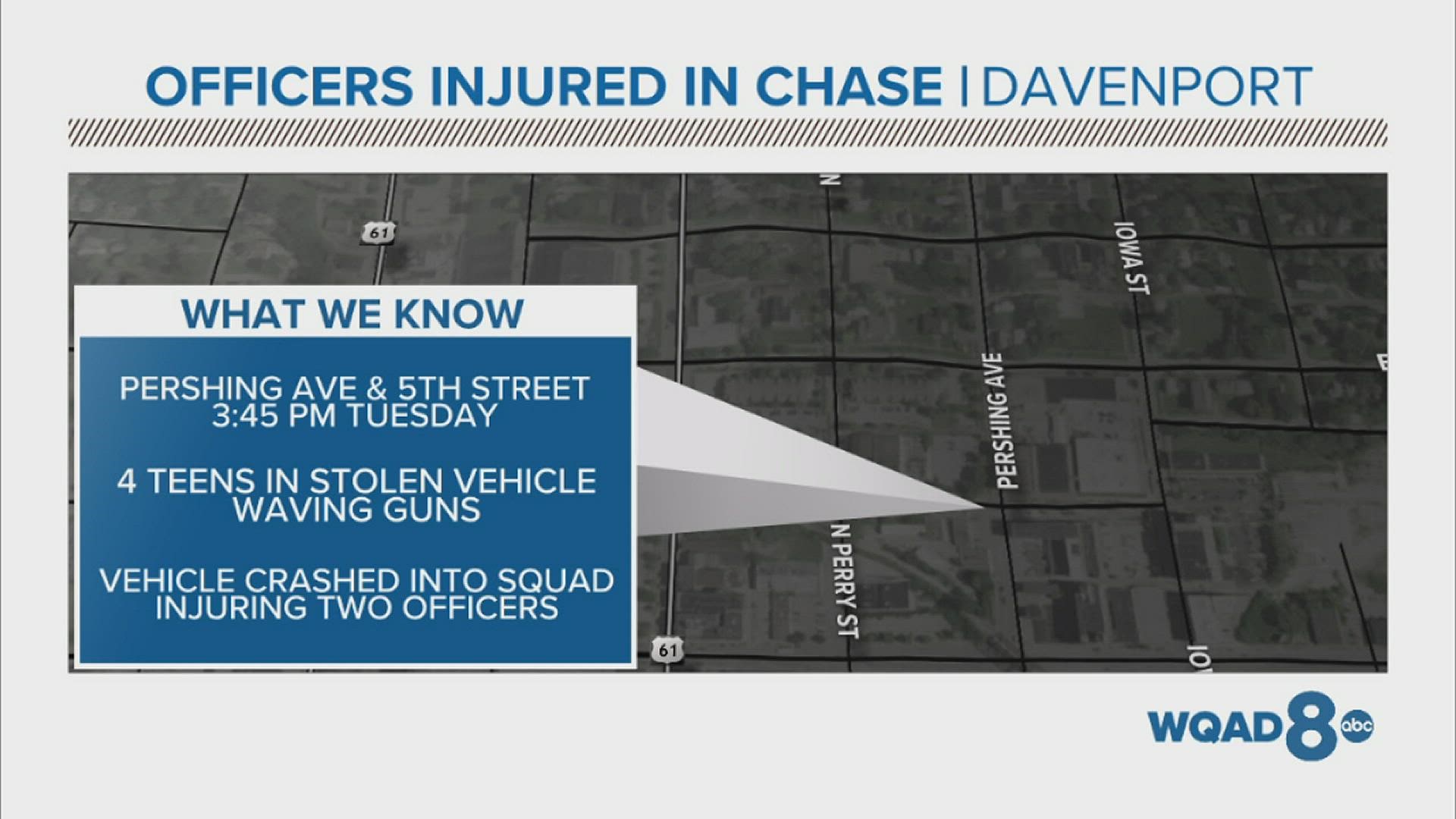 DAVENPORT, Iowa — Two Davenport police officers were briefly sent to the hospital after a chase involving a group of teens who had reportedly stolen a car Tuesday afternoon.

According to the Davenport Police Department, at about 3:10 p.m. on August 3, Bettendorf officers responded to 4400 block of Amesbury Drive after a burglary was reported, which included the theft of a car.

Later, at 3:45, Davenport police were alerted to the stolen car's presence in Davenport in the 1500 block of Bridge Avenue. The suspects were allegedly waving guns from the vehicle.

Officers quickly responded to the area and attempted to stop the car, which resulted in it attempting to flee the scene. The car led police on brief chase before it crashed into a DPD squad car at the intersection of East 5th Street and Pershing Avenue. After the impact, four juveniles got out of the car and tried to flee, but were apprehended by other officers.

Two Davenport officers were sent to the hospital with non-life-threatening injuries, but were later released. A third vehicle was also involved in the crash, but no other injuries were reported. Both the stolen car and the police car sustained heavy disabling damage.

Of the four juveniles involved in the incident, two were arrested; two 14-year-old boys from Davenport. One was charged with 1st degree theft, and the other was charged with an outstanding warrant for Probation Violation. Both were sent to a juvenile detention center, where additional charges are pending.