Three officers were guests at the governor's "Condition of the State" address on Tuesday. 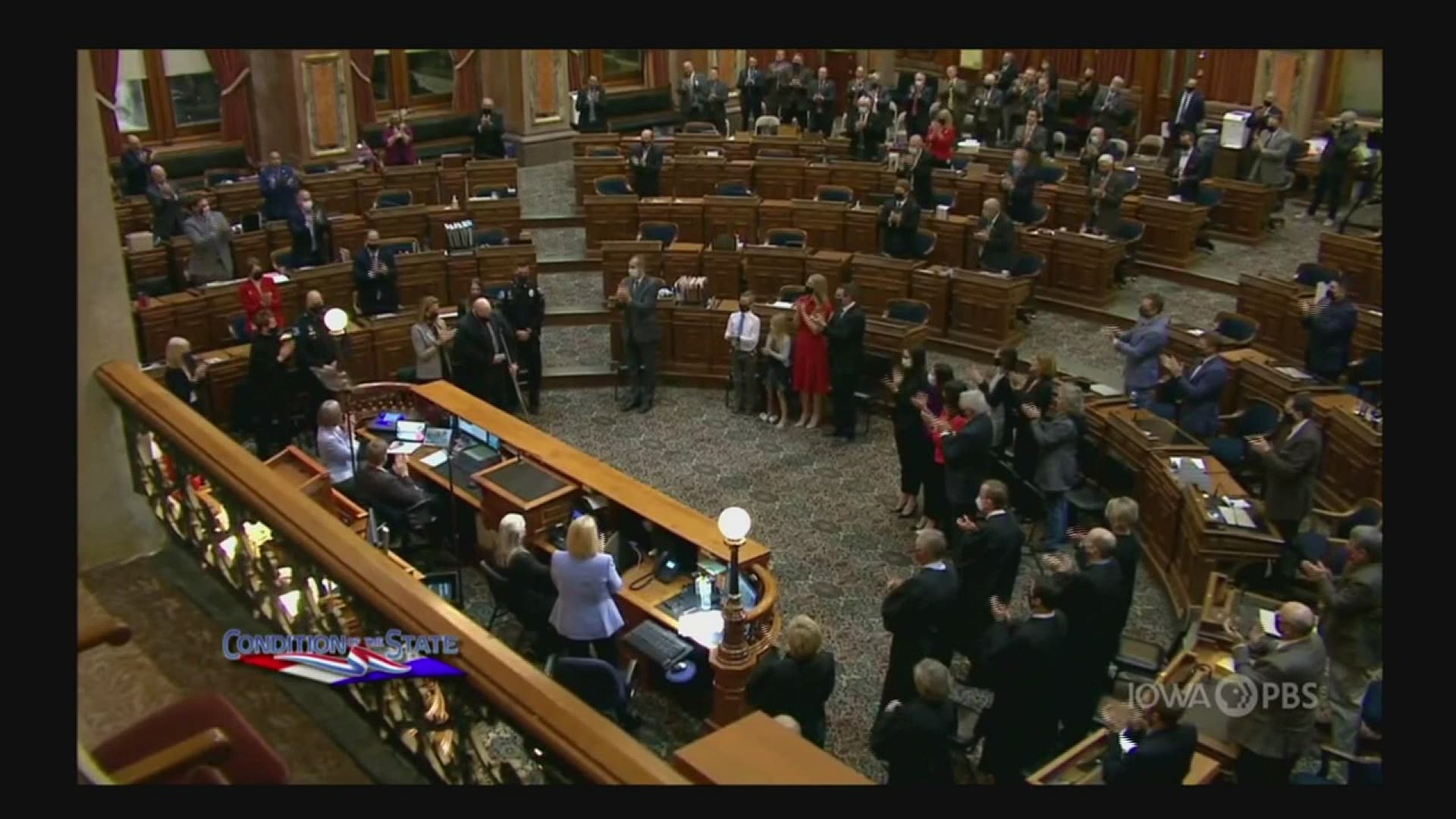 DAVENPORT, Iowa — A Davenport police officer is speaking for the first time after he and two other officers were ambushed late last spring.

It was a night Lt. Greg Behning will never forget.

"In the alley, darkness, lot of chaos, shattering glass," Behning said of the early morning hours on June 1, 2020.

It was that early morning in June when Behning and two other Davenport police officers, Sgt. Scott Lansing and Det. Pat Sievert, were on patrol when their unmarked truck was ambushed.

Lt. Behning said it all happened so fast, and he didn't know at the time of the incident how many bullets hit the truck.

"I do know now that the number the governor used last night in the speech was 32," Behning said.

"It was incredibly nice of the governor to recognize that," Behning said.

Behning, Lansing and Sievert were all guests at Gov. Kim Reynolds's "Condition of the State" address inside the capitol in Des Moines on Tuesday.

"It's not until you're actually there and hearing her speak and seeing people's response to it that it really kinda hits home," Behning said.

That response was a standing ovation from lawmakers.

"I thought it was very thoughtful, and it meant a lot to see Scott and Pat, guys that I was responsible for that night, able to attend, and get the recognition they deserve," Behning said.

It was a symbol of their bravery.

"There's no doubt there was a lot of luck on our side that night," Behning said.

Lt. Behning said Sgt. Lansing is doing OK, and is recovering from surgery.

Behning said he's appreciative the governor recognized the officers, but added he doesn't do this job for any special accolades.