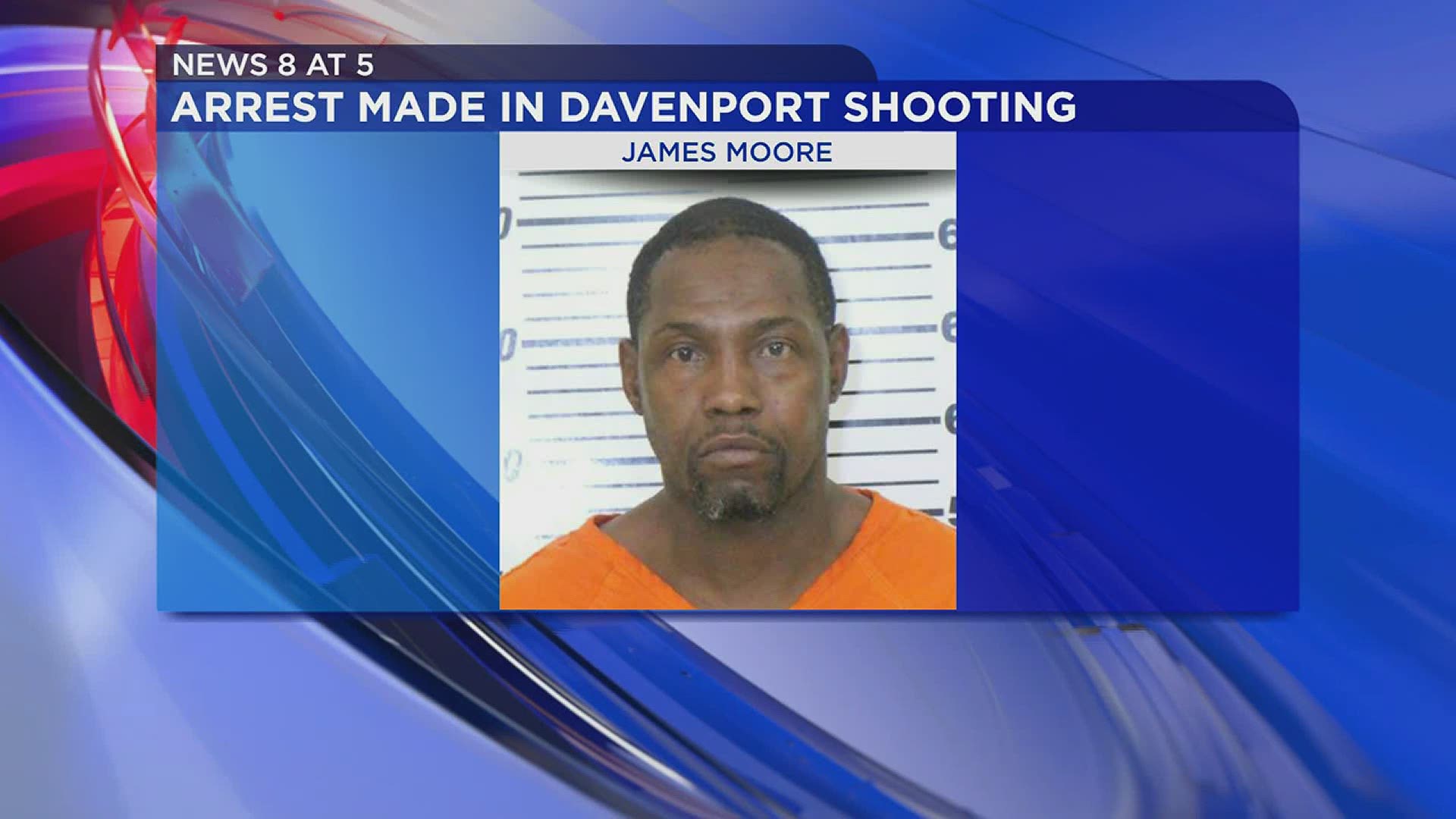 DAVENPORT, Iowa — A Davenport man is accused of shooting another person and attacking a second victim with a metal box in Davenport Tuesday night.

The Davenport Police Department responded to reports of gunfire in the 6400 block of Western Avenue around 11:30 p.m., according to a police affidavit.

James Lee Moore, 50, is facing several felony charges after police say he shot a victim twice in the leg, according to the affidavit. Moore is also accused of hitting a second victim with a "metal media box" during the incident Tuesday.

Moore is being charged with dominion/control of a firearm/offensive weapon by a felon, willful injury causing serious injury, assault while displaying a dangerous weapon and harassment of a public official or employee.