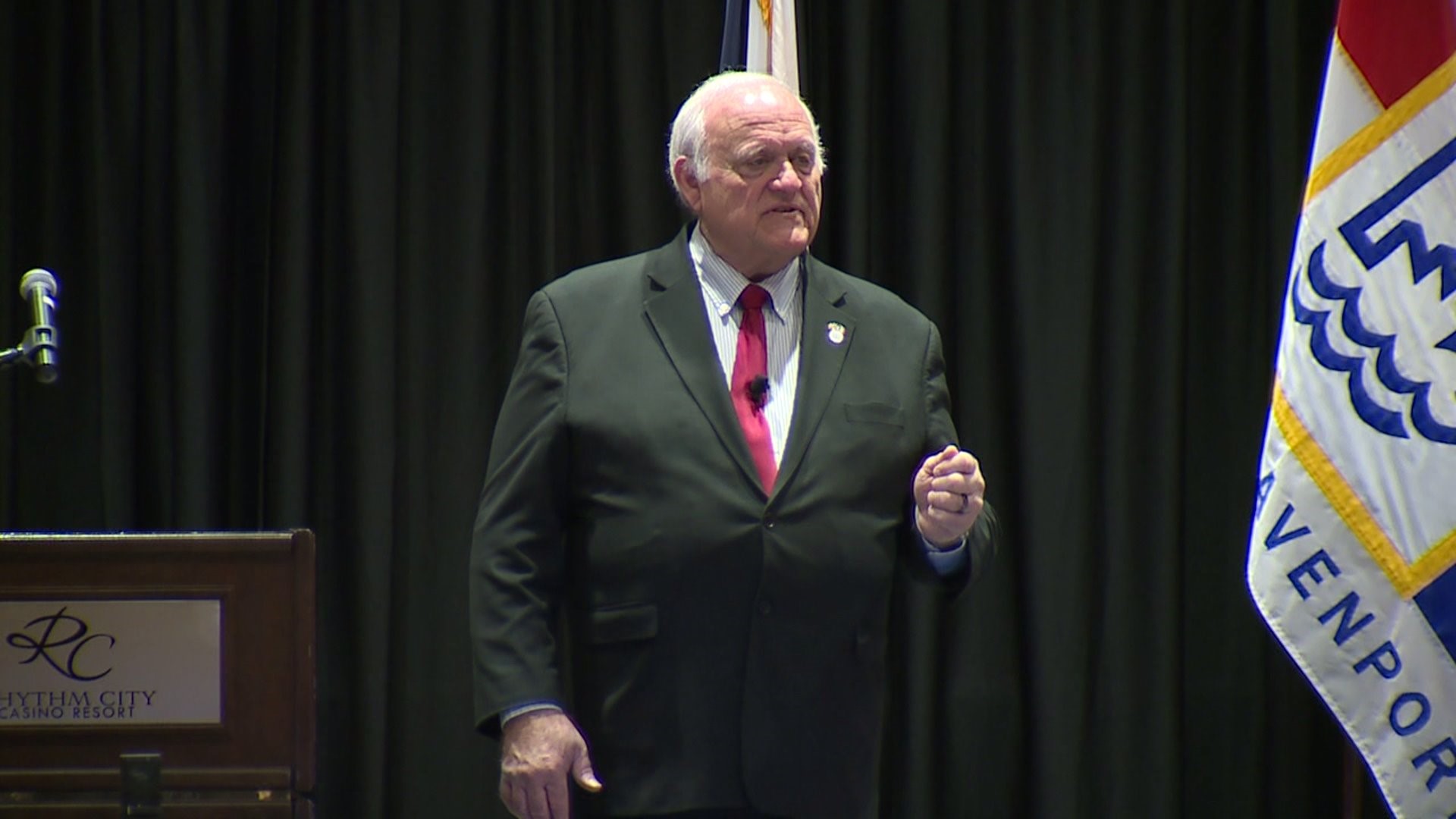 DAVENPORT, Iowa — Mayor Frank Klipsch gave his final “State of the City” address at Rhythm City Casino on Feb. 25. One main topic discussed was crime and juvenile crime in Davenport.

"With these initiatives that we've been working on, it isn't about arresting kids," Mayor Klipsch said. "We can't just arrest our way out of this. It's providing resources, programs, and services that will enable kids to have some hope for the future."

Mayor Klipsch said the plan to tackle juvenile crime in 2019 calls for short term and long term goals. One idea is a juvenile assessment center.

"Focusing on a juvenile assessment center, where we take young people in and you get involved," Mayor Klipsch said. "You find out exactly what the needs are and you pull all the resources in the community to make those available to each kid who needs them."

While construction of the center may take years to fully complete, Mayor Klipsch says elements can happen now.

"We're going to be doing all of the programs that you would find in the juvenile assessment center and formalizing the implementation of those starting in 2019," Klipsch said.

So far this year, four new police officers have been sworn in to the Davenport Police Department and the department is also getting a new system called NIBIN.

"We have some new technology coming to our agency," Chief Sikorski said. "It will be up and running in the next few months to combat our weapons incidents that we've had."

"Student safety is first and foremost in my mind," Kobylski said. "As superintendent, when I have students that I am responsible for, I treat those students as if they were my own. So, all of our actions and all of our policies will be geared towards the safety of students."