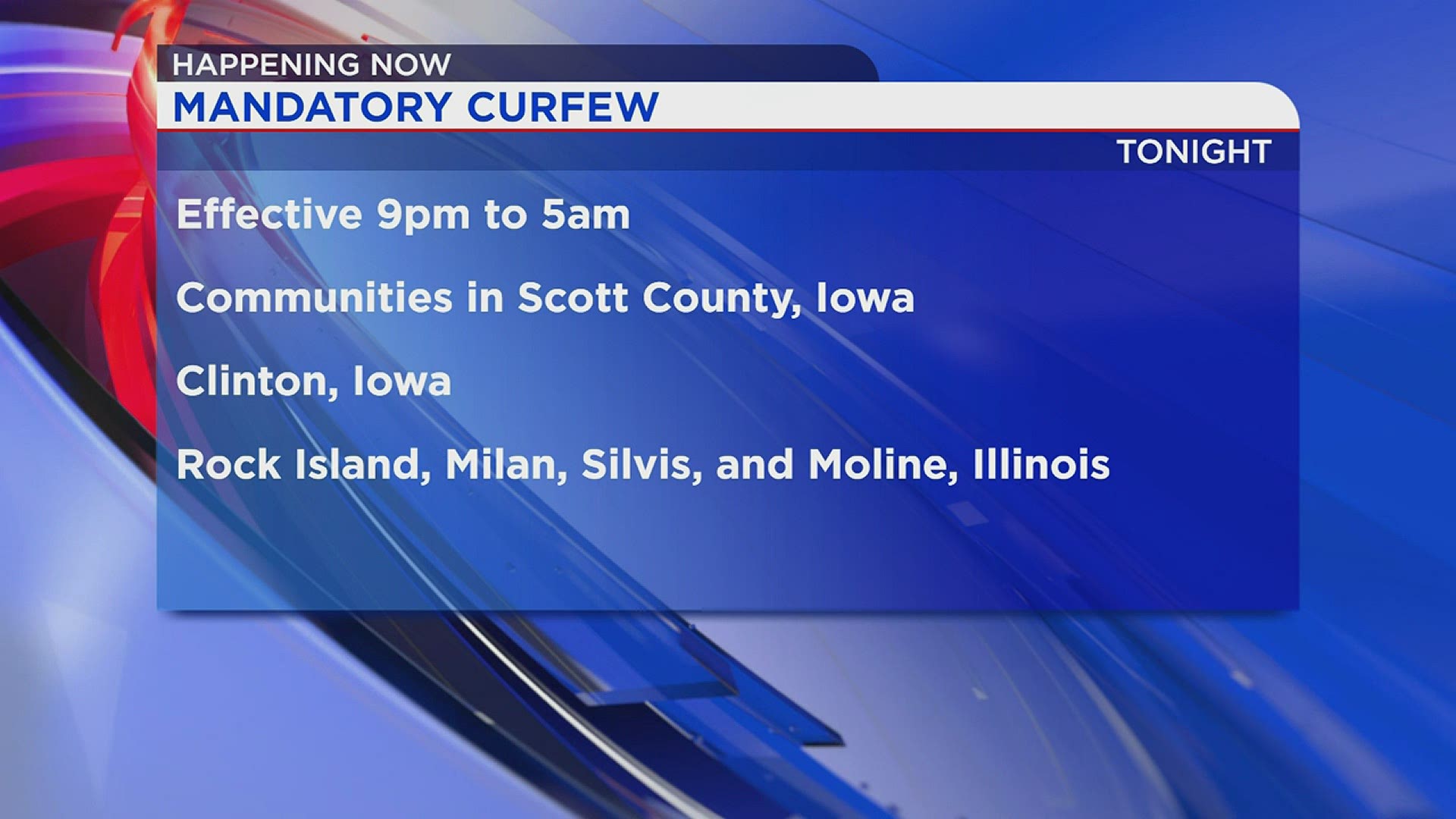 Davenport Police address the Quad Cities after a night of rioters leave 2 dead and several injured, including an officer. Watch live here.

DAVENPORT, Iowa — As of June, 3 all curfews are until further notice.

Scott County is under a curfew after rioting Sunday night into early Monday morning led to two deaths and several injuries, including a Davenport police officer.

The Mayor of Blue Grass, Iowa also issued a curfew until further notice.

Rhonda Kearns, Clinton City Council
Not my words but my belief.. "As we start to open up.....you do yo... u, I'll do me. That's what America's about. None of us have the same circumstances (medically high risk child/ family member or a business about to go under, etc.).

All residents are asked to stay home from 9 p.m. to 5 a.m. until further notice. Those traveling to and from work, members of the press and government officials are exempt from the curfew.

Davenport police said those who break curfew may receive a citation.

Businesses are not required to close, but Davenport Police encourages closing to help enforce the curfew.

Police said the officer who was injured in a shooting overnight is doing well and recovering. Davenport Mayor Mike Matson said around 100 vehicles were at NorthPark Mall protesting, leading to vandalism at several businesses.

There were four shooting victims; two people died and two people, including an officer, were injured.

RELATED: Updates: Overnight shootings in Davenport leave two dead; others were injured including an officer