Doran fled and a citizen at a neighboring business tackled her until police arrived. 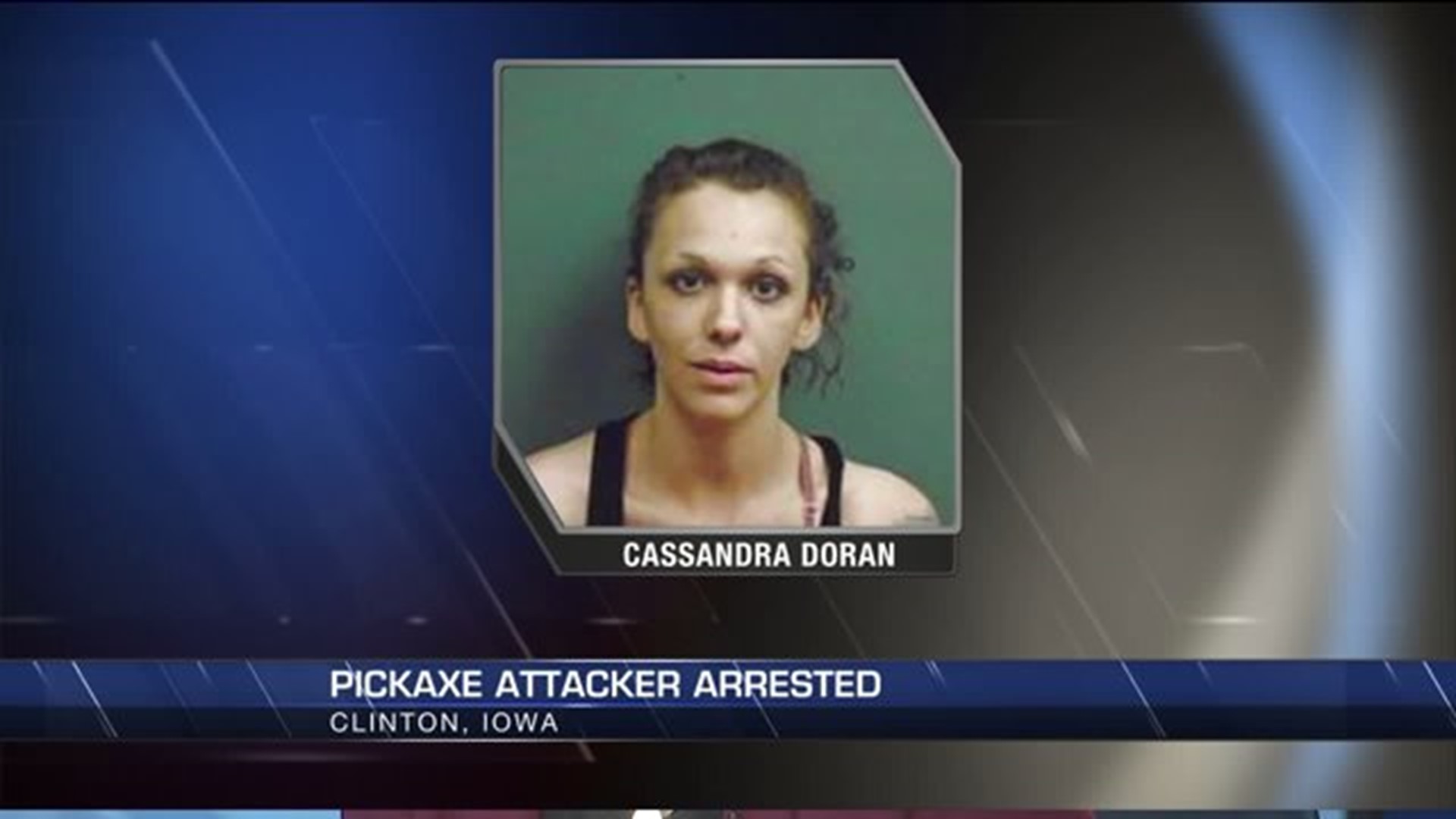 CLINTON, Iowa — A Clinton woman is in custody after attacking a store owner with a pickaxe.

Clinton police say they were called to Gazebo Antiques and Collectibles around 3 p.m. Friday, Feb. 10, and found that Doran had entered the store and began breaking items inside with a pickaxe before striking the store owner several times.

The victim was taken to a hospital for treatment.

Doran fled and a citizen at a neighboring business tackled her until police arrived.

Doran is also accused of causing damage to another building and vehicle on Main Avenue.