Car chase across Davenport ended in the arrest of five teenagers

A car chase across Davenport ended in the arrest of five teenagers. 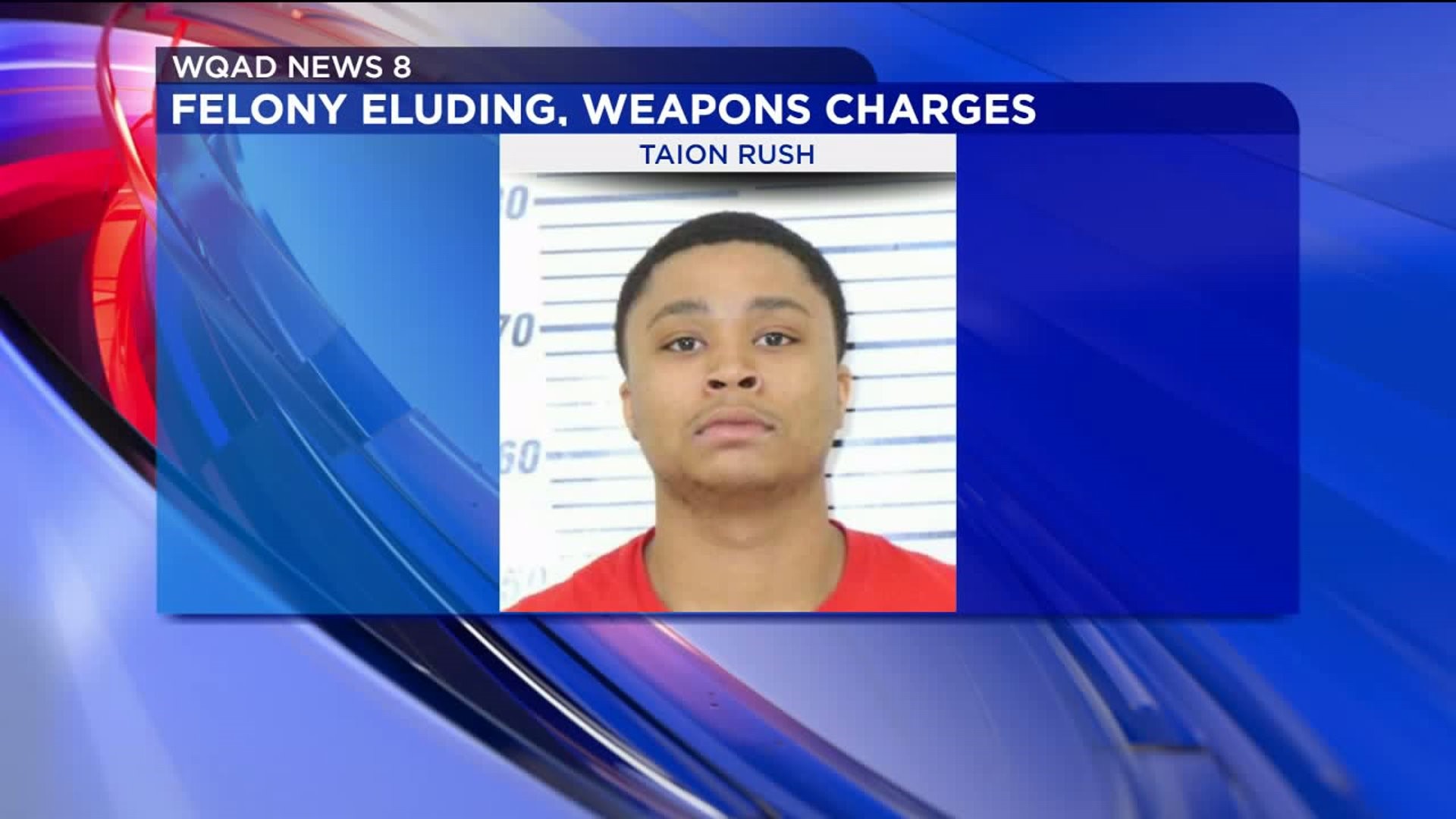 DAVENPORT- A car chase across Davenport ended in the arrest of five teenagers. One 15-year-old and three 16-year-olds were arrested over St. Patrick's Day weekend after a police pursuit ended in a car crash.

The driver, 18-year-old Taion Rush,  faces over a multiple charges including felony eluding and carrying a weapon on school grounds, according to an arrest affidavit.

On March 16 at about 2:30 a.m. a white SUV was seen chasing a blue Chevy Arcadia, according to an arrest report. The Chevy Arcadia is believed to have been stolen a few hours before the chase occurred. Police followed the two vehicles but lost the cars during the pursuit.

Soon after police found two people in the parking lot of Wendy's on West Locust Street, near where the Chevy Arcadia was suspected to have been stolen, according to the affidavit. A witness saw the two arrive on foot and overheard them discussing how to avoid being seen.

The affidavit indicated that the two were trying to evade the white SUV.  When approached by police they said teenagers from the white SUV had pulled a gun on them, saying they better not be in a rival gang. The two victims said they feared for their safety after the gun was pulled. According to the two, this incident initiated the chase between the blue Chevy Arcadia and the white SUV.

Police then saw the white SUV in the same area as the two victims, read the affidavit. The SUV immediately took off and police followed with their lights and sirens blaring. During the chase the SUV cut through the Wood Intermediate School grounds, exiting onto north bound Division Street. The SUV drove 80 miles-per-hour in a 55 mile-per-hour zone. As they tried to escape the police, the SUV crashed off the road near 155th Avenue and 240th Street, Eldrige. Taion Rush and the four teenagers were taken from the car and arrested.

When police searched the vehicle they found no proof of ownership and digital scale with possible marijuana residue, but no weapons. A search of the Wood Intermediate School grounds found a two guns. One was found on school grounds and the other was by a nearby home.

The five people involved in the chase were charged with assault while displaying a weapon and carrying weapons. The teenagers were all taken to the Juvenile Detention Center. Rush was taken to the Scott County Jail.

It's currently unclear who stole the blue Chevy Arcadia. The vehicle is still missing.