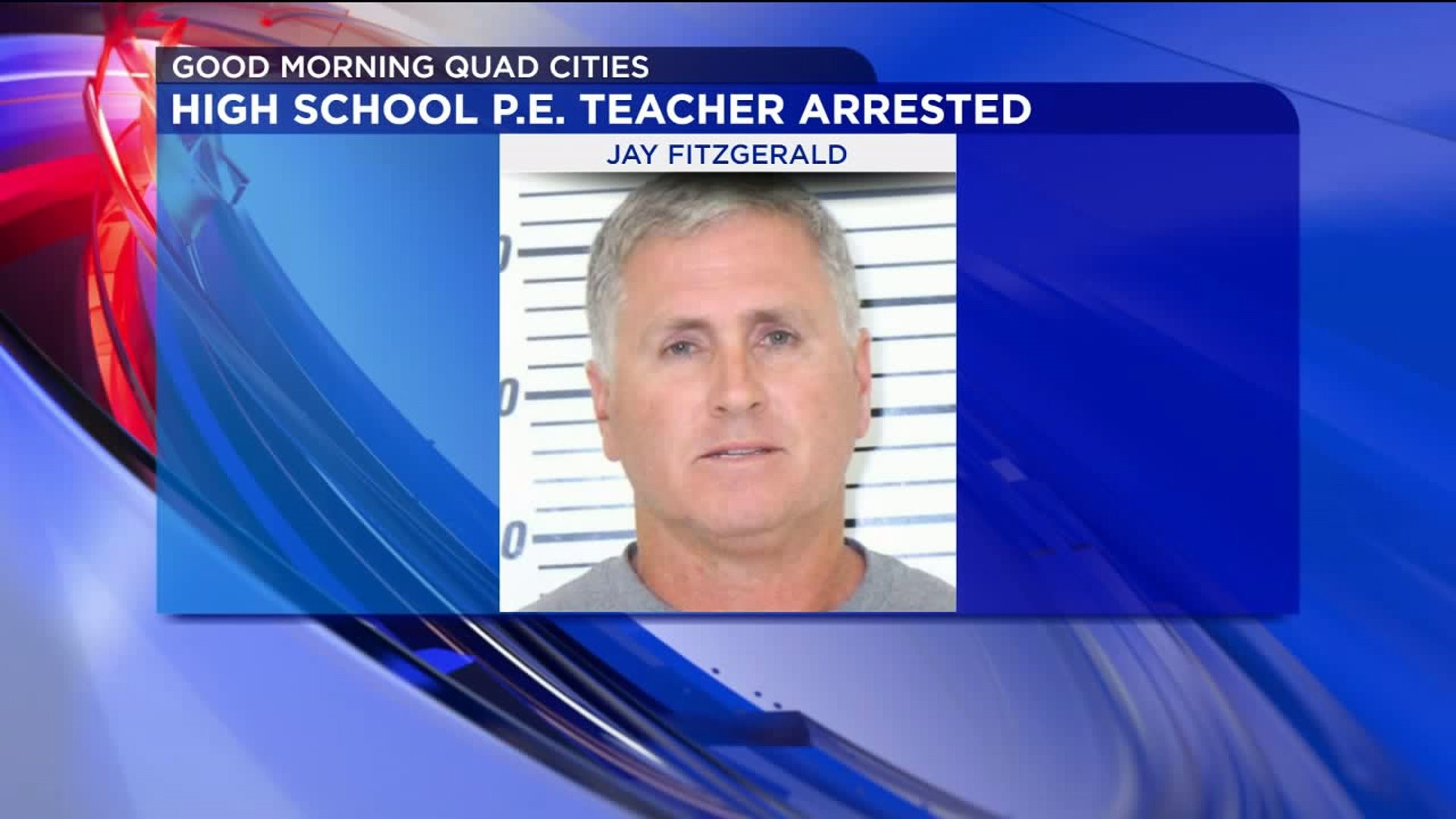 The LeClaire Police Department arrested Jay Fitzgerald, 57, on Wednesday, Sept. 4 at 3:45 p.m., according to Scott County Jail records. He's being charged with domestic assault with injury, a misdemeanor.

On Sunday evening, September 1, the department had gotten multiple 911 calls about a distressed woman trying to get into people's vehicles at the stoplight near Cody Road and Interstate 80, according to Police Chief Shane Themas.  The woman was injured and said her husband, Jay Fitzgerald, had assaulted her.

Fitzgerald had left the area by the time police arrived, said Chief Themas.  He was arrested on a warrant Wednesday and was released on bond late Thursday morning.

Fitzgerald is listed on the high school's faculty page as a P.E. teacher.