BOONE, Iowa– Police in Boone, Iowa, a town northwest of Des Moines, say three people were arrested this week, after they ran over the town’s police ... 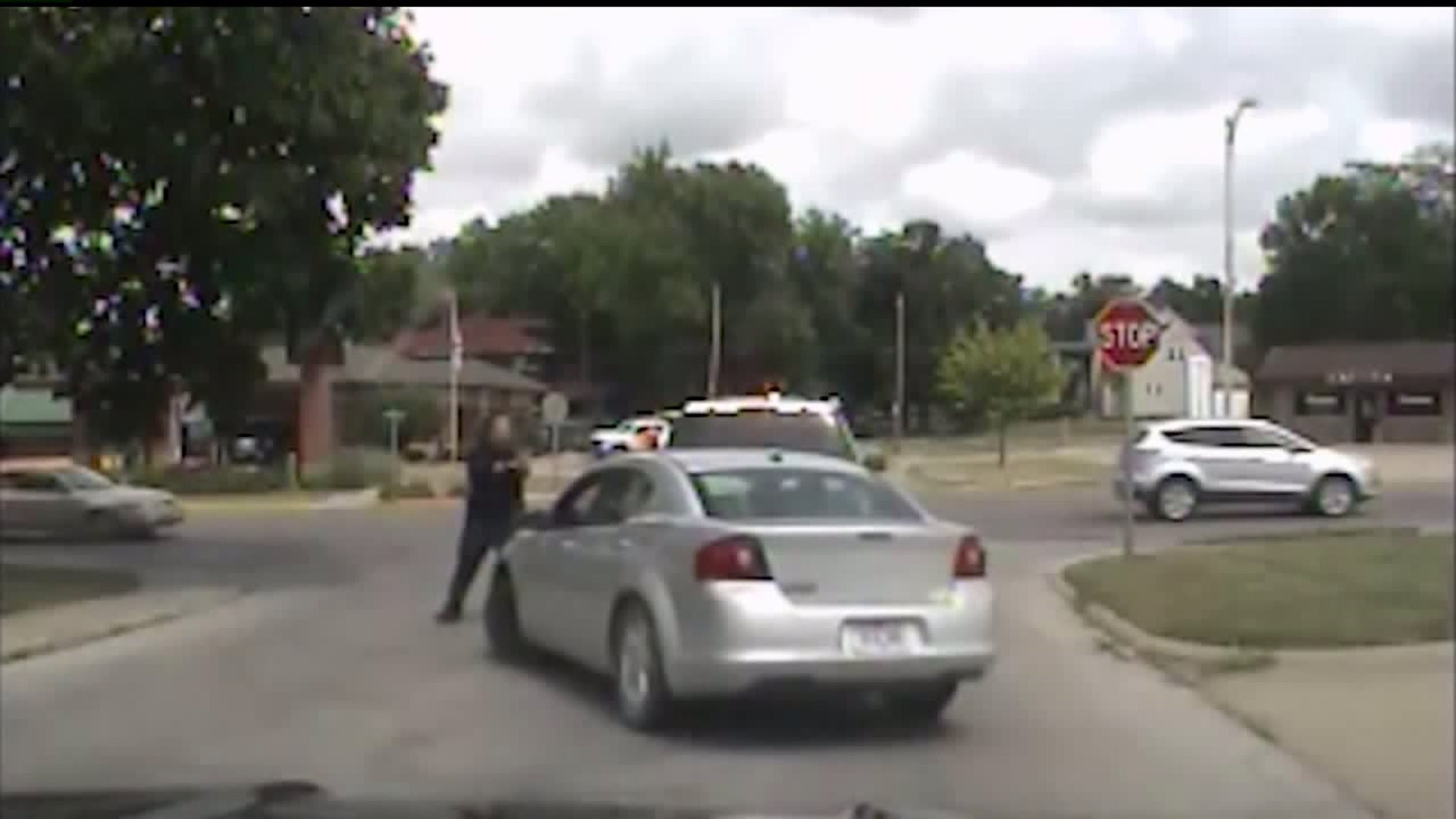 BOONE, Iowa-- Police in Boone, Iowa, a town northwest of Des Moines, say three people were arrested this week, after they ran over the town's police chief with their car and then sped away.

Today, we're getting a first-hand look at video of the whole ordeal from the police chief's body camera.

Officers were responding to an assault call Monday when they spotted a possible suspect vehicle leaving the area. Several police cars surrounded the suspects' car, and the driver stopped. But when the police chief John Wiebold got out of his car, his fellow officers say the driver of the suspects' vehicle accelerated, hit him, and kept on driving.

Cmdr. John Sloter of the Boone Police Department explained, "I mean, you have a 15-hundred pound car coming at you, there's no question that's a very dangerous weapon," adding, "she used it as a weapon. She drove it right into the chief."

The chief hopped right back into his car, chasing the driver on a highly-dangerous 75-mile per hour pursuit through downtown Boone in the middle of the afternoon.

The suspects eventually decided to ditch their car and run away by foot. That's when officers caught and arrested them.

The three people in the car face charges.

The driver, Erica Shales, 25, of Des Moines, is charged with eluding, assault on a peace officer with a deadly weapon, possession of a controlled substance, driving while suspended and a Polk County warrant.

Police chief Wiebold only suffered minor injuries and no medical treatment was necessary.

The case is still under investigation.