There was a large police presence at the convenience store at 26701 Scott Park Road. Employees appeared to be evacuating the store. 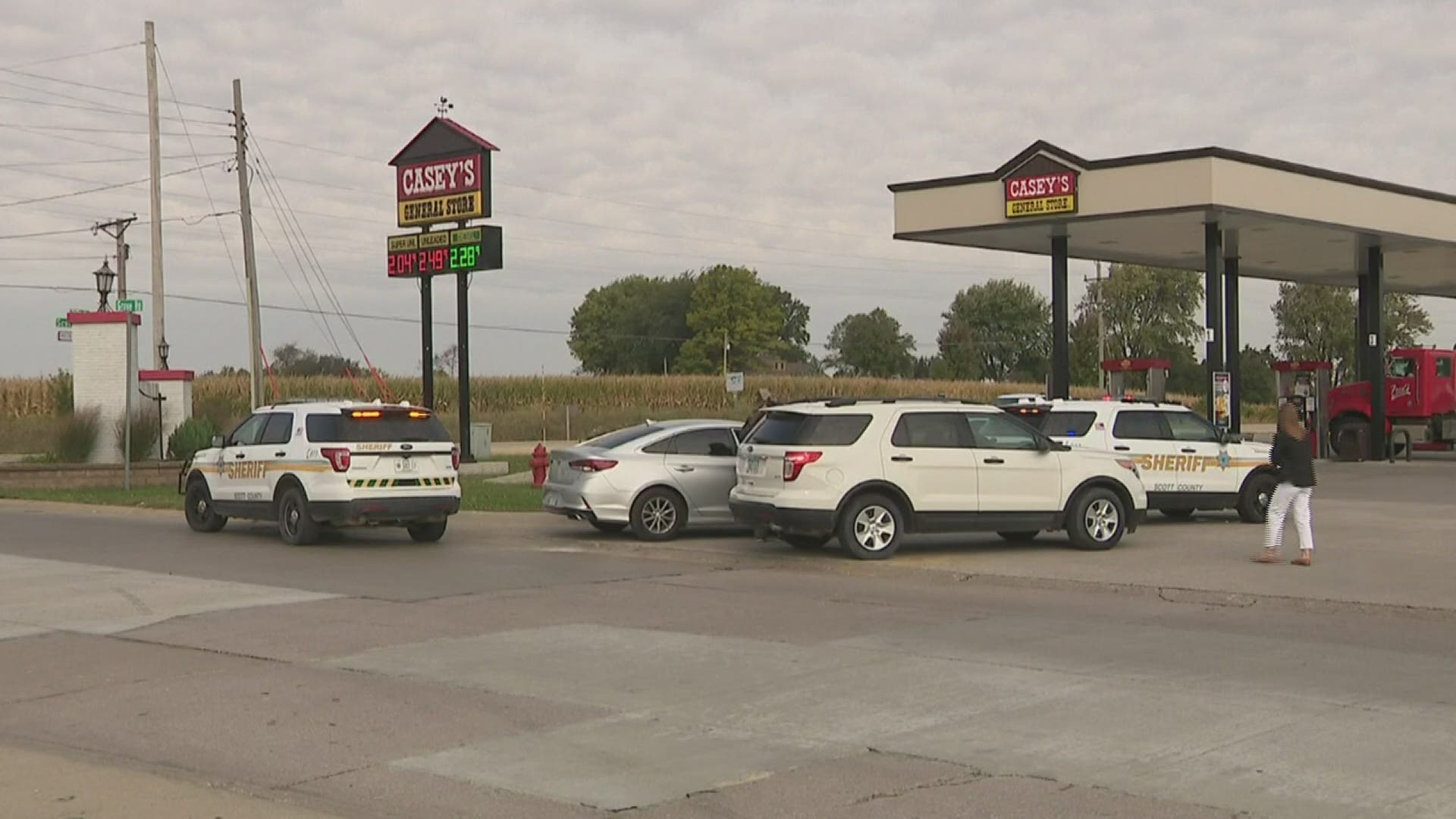 PARK VIEW, Iowa — Christopher Halford is in the Scott County Jail after police say he shot a women in a Park View apartment. The Scott County Sheriff's Department says he then ran to a nearby Casey's where he barricaded himself in a bathroom Thursday morning, September 24th.

Halford is charged with assault and displaying a dangerous weapon along with willful injury.

According to the Scott County Sheriff's Department, the incident started at an apartment on Manor Drive where a woman was shot in the torso.  The shooter then fled to Casey's on Scott Park Road, which was about a half-mile away.

The Scott County Sheriff's Department says one of their deputies happened to be pulling into the Casey's when he saw Halford run inside.

"He was actually able to put eyes on the suspect, make commands, and for him to not cooperate with those commands really amps things up," says Shawn Roth, Scott County Sheriff's Department Chief Deputy.

Authorities swarmed the gas station and were able to arrest Halford without incident. They say Halford surrendered shortly after he ran inside. His black SUV he drove from the apartment to the Casey's was also towed away.

There was a domestic relationship between the shooting victim and Halford, said police. The woman was being treated for non-life-threatening injuries.

All Casey's employees inside were unharmed.