25-year-old Michael McKinney has been jailed since his arrest hours after the Dec. 6 shooting near the Iowa Capitol in Des Moines. 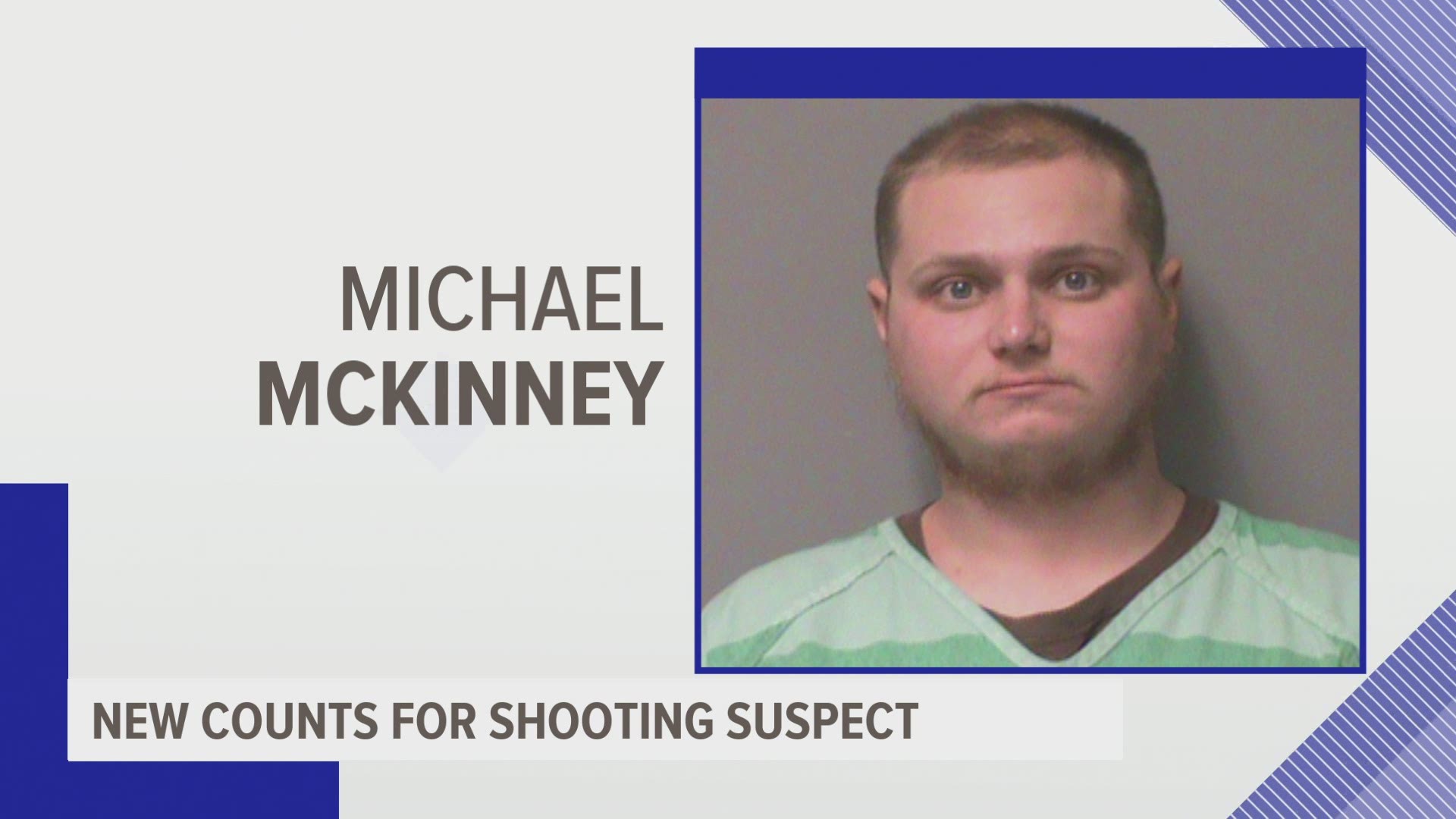 IOWA CITY, Iowa — Prosecutors have added five felony weapons and assault counts against a white man already charged with attempted murder for shooting into a car carrying four Black girls during a rally for President Trump in Iowa.

The Polk County Attorney’s Office has filed a formal charging document against 25-year-old Michael McKinney who has been jailed since his arrest hours after the Dec. 6 shooting near the Iowa Capitol in Des Moines.

In addition to attempted murder, the document charges McKinney with intimidation with a dangerous weapon, willful injury, assault while participating in a felony, reckless use of a firearm and going armed with intent.

He has said he fired in self-defense.

Credit: AP
Army veteran Michael McKinney, is shown in a Dec. 6, 2020 booking photo released by the Polk County Jail in Des Moines, Iowa. McKinney is charged with attempted murder in the shooting of a 15-year-old Black girl who was arguing with supporters of the president at a Trump rally, a case authorities have not detailed to the public. (Polk County Jail via AP)