A Quad City woman, recovering in a Silvis nursing home, is speaking out about the man accused of driving drunk and crashing into her car – a man who has b... 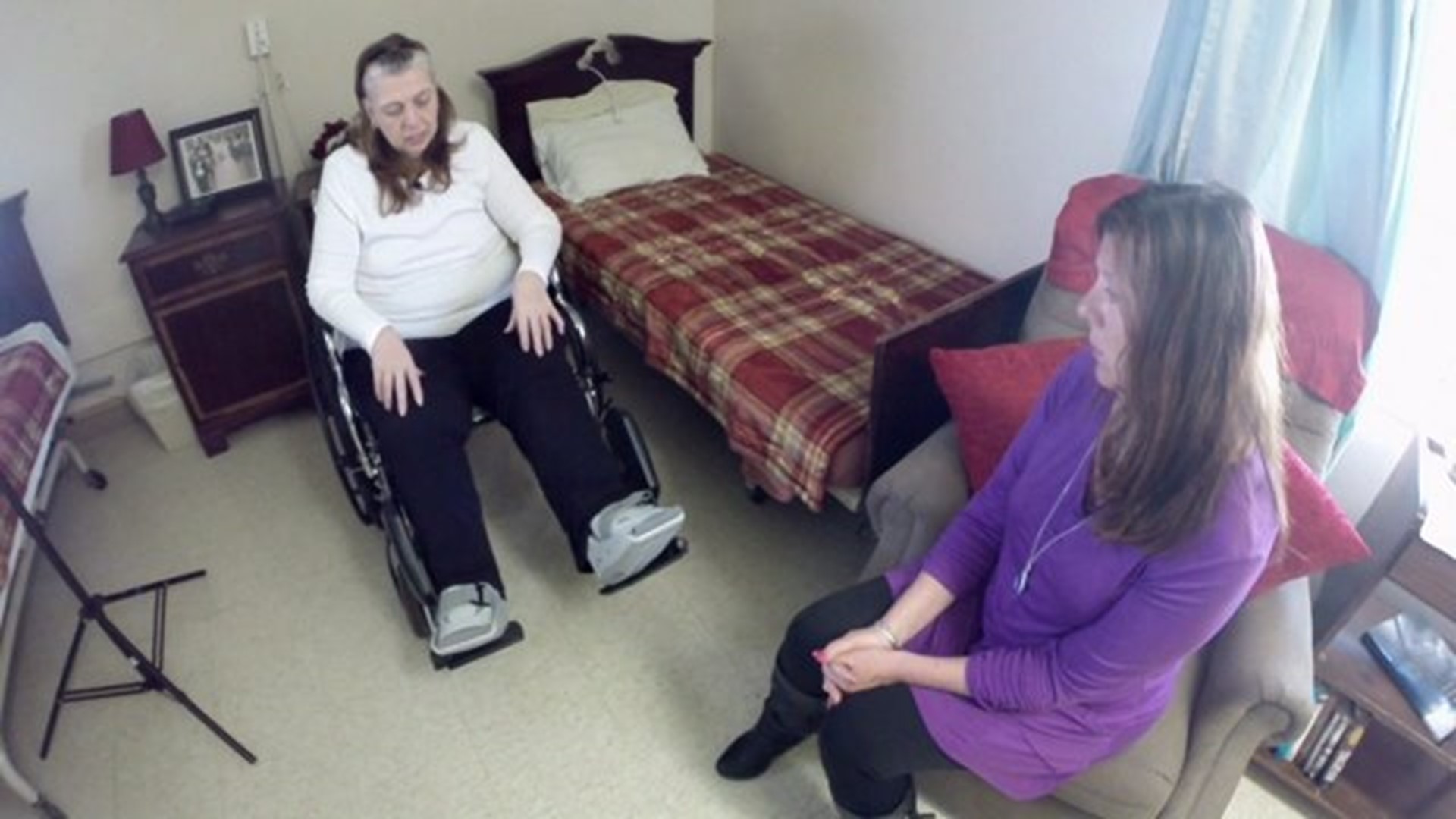 SILVIS, Illinois - A Quad City woman recovering in a Silvis nursing home is speaking out about the man accused of driving drunk and crashing into her car - a man who has been arrested five times for DUI.

It's been nearly five months, and Tammy Fuller still can't walk and faces a very long road to recovery.

"I had fractured ribs on both sides, a broken sternum, collapsed lung, dislocated left knee, compound fractures of both legs, both ankles are pretty much, gone. Crushed," said Fuller in a wheelchair at the nursing home.

She also suffered a torn rotator cuff, and fractured bones in her feet.

Dan Sylvester, 63, of Milan was charged with Aggravated DUI last week in Rock Island County. Police say he was under the influence when he crossed the center line on Airport Road in Moline and slammed into Fuller's car.

"I saw the headlights. I literally blinked and heard the big boom, my windshield, I remember seeing it just shatter," Fuller said about the November 10th crash.

Sylvester has four prior DUI convictions, all in Iowa, but had a valid license in Illinois. His last conviction was in 2007.

"I wish somebody had done something earlier and already put him in jail for his prior DUIs. Basically all he did was hop the state line and got a brand new driver's license," Fuller said.

Meanwhile, she says she is about to lose her job at a meat company in Coal Valley, and her health insurance.

"I have no money coming in right now. Pretty close to the end of my insurance," she said.

"He took away my mobility. I can't come and go as I please. I am in a nursing home. I have to wait for help to go to the bathroom, have to have someone help me with a shower. How humiliating to have a stranger wash your body," she said.

Sylvester is due in court April 5th for a brief hearing. Fuller says she isn't physically able to attend, but will be in court for future proceedings.

"I just hope he gets what he deserves. He deserves to be in jail. I could have lost my son. You can't recover from that," she said.