Organizers of the event say they want law enforcement to know that their sons are not a threat. 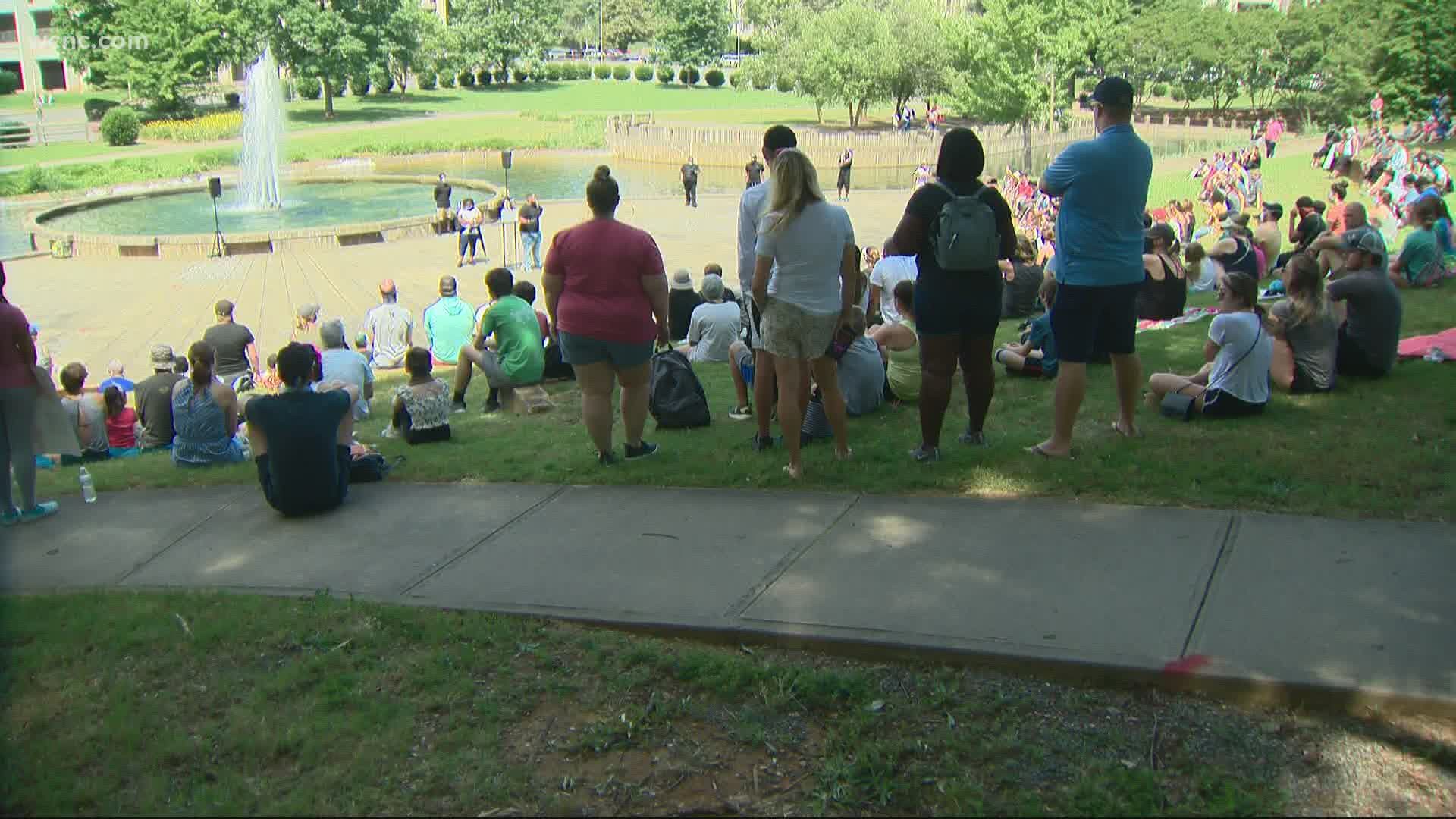 CHARLOTTE, N.C. — Rallies took place in uptown Charlotte Saturday as a demonstration against police brutality and social injustice. It comes nearly two weeks after the death of George Floyd in Minneapolis.

Organizers of Mothers of Black Sons rally began marching to the Charlotte-Mecklenburg Police Department headquarters at 8:46 a.m. The time they chose was intentional — a former Minneapolis police officer had his knee on George Floyd's neck for 8 minutes and 46 seconds in the video that sparked protests around the world.

Organizers of the Mothers of Black Sons event say they want law enforcement to know that their sons are not a threat.

Protestors are outside of CMPD Headquarters in uptown Charlotte. They can be heard chanting, "We are not a threat. I'm Black and I'm proud."

CMPD officers and protesters joined together for a moment of silence for 8 minutes and 46 seconds in memory of George Floyd.

RELATED: What is George Floyd’s connection to North Carolina? 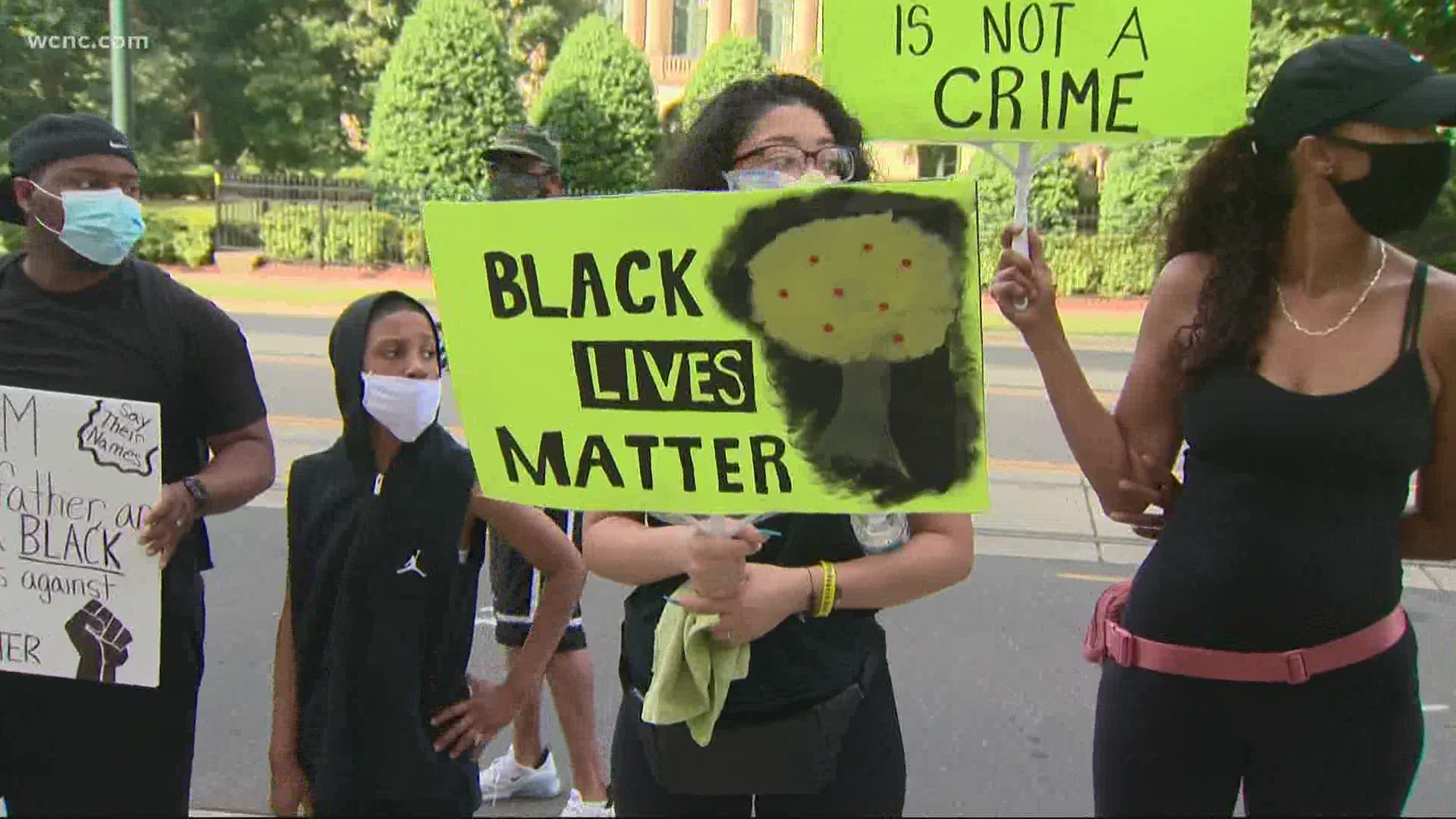 Later, protesters gathered in Marshall Park for a Youth United Rally to raise their voices against racism and social injustice. Hundreds gathered to discuss voting, push for education reform and how to use social media platforms for positive messages.

One protester at the rally told WCNC Charlotte he didn't want to just sit back and watch as everything happened, he felt the call to get up and do something — and hopes others will do the same.