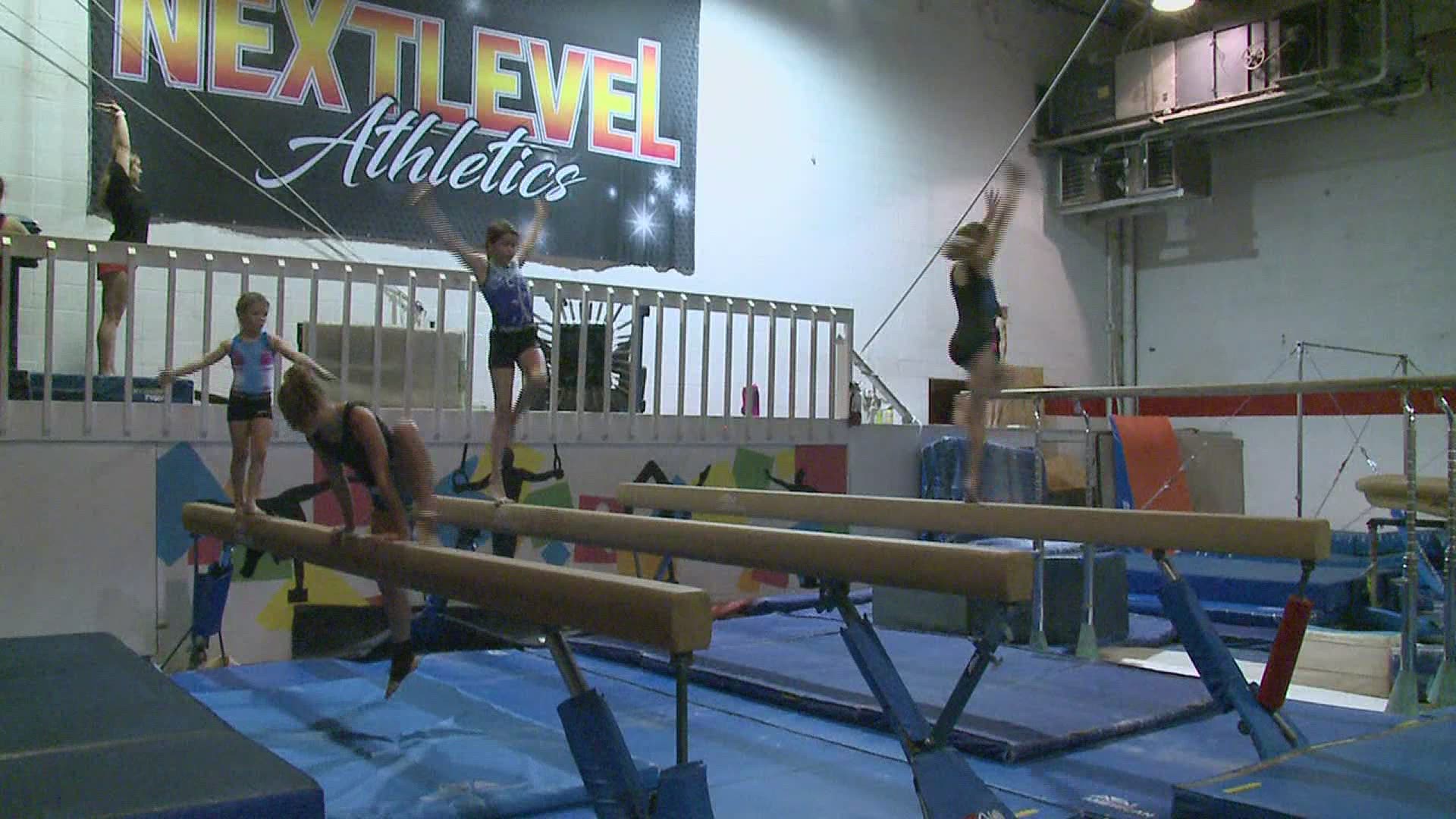 MOLINE, Ill. — With the shocking news that four-time Olympic gold medalist Simone Biles has officially dropped out of both the team and individual all around finals at the Olympics, athletes around the world including here in the Quad Cities are showing their support for her decision to step away due to mental health reasons.

At Next Level Gym in Moline athletes train as much as four times a week for their gymnastics team. Head coach Ashley Hoffman says it’s a top priority to teach her gymnasts to take a step back if they are not fully mentally focused on their skills saying, “I would say that the sport is 50% mental and 50% physical.”

She’s been coaching for four years, two at this gym. At her practices she says she encourages the athletes to take steps back when necessary. “A lot of the time mental health is kind of often pushed to the side in gymnastics. We say, you know, if you need a minute, absolutely step away. Wait until you're in the right mind space.”

Makayla Wetzell is 12 years old and she’s been doing gymnastics for more than half of her life. She says she loves to watch the Olympics. “It's so cool to see gymnasts who are even much older than me just doing these amazing tricks.”

Makayla knows how important it is to be not just physically fit, but mentally fit as well saying, “You have to be very mentally strong, as well as be actually strong.” For her the sport is about learning new tricks and competing. “I just like getting to challenge myself and show everyone what you've been practicing.”

Over her 7 years in the sport, Makayla has learned a thing or two about how to succeed. “If you’re struggling on skills, you just need to step aside, take a breather, and mentally get it together.”

After watching Simone Biles take a step back from the Olympics for mental health reasons, Makayla sees it’s something that all athletes deal with. Makayla saying, “I always think somehow they just do things with such ease that I can’t do and just you see her pull out of the competition, just like woah, okay. Even Olympic athletes need to take breaks.”

Despite being skill levels and a world away, these athletes understand the pressure. Ariana Steward has been a gymnast for 7 years, too. She’s also 12 years old. She says she was shocked to see Biles pull out of the competition, but she understands. “I get it. I mean, there’s a ton of stuff pressure wise.”

Hoffman says she hopes Biles move changes the way gymnastics works.  “I think seeing Simone and what she did, I hope that that changes the perspective of mental health. I hope that makes people realize you don't necessarily have to push through. It's more important to be open about how you feel and find ways to kind of preserve your mental health and still have fun with the sport.”